Spanning from Rasha-Ui near central Talaina'Vao, to the Gahiji Mountains on the southern and western coasts of the area, the Chisisi Desert is a vast, dry landscape taking up much of the lower western section of Tolara; blown inland by the harsh western coastal winds, the dunes of the region often form mesmerizing ripple patterns that slowly soften as they move inland- culminating in large hill like dunes in the central areas, and low soft dunes further east. The tallest dune (Båt Nehora) exists near the southern Gahiji Mountains and is considered an enethian sacred site.   Blocked largely by the Gahiji Mountains to the west and south, rainfall in the region is rare and comes only for a single month during the rainy season... What water exists here is provided in the form of underground aquifers and surface Oases. Lake Khonsu (located near the Ilerian cities of Sotep-Shiran and Baruti) provides one of the only other sources of freshwater available in the region.   As a result of the lack of freshwater availability, plant life in the Chisisi Desert is sparse but well adapted to the lack of water; Cacti, succulents, and various shrub grasses- along with water storing Baobab, and deep rooted Acacia trees- make up the bulk of its limited flora. Fauna, however, tend to be burrowing or nocturnal in nature... Though the region is known for its heat seeking Wyverns.
Major Landmarks
Major Cities 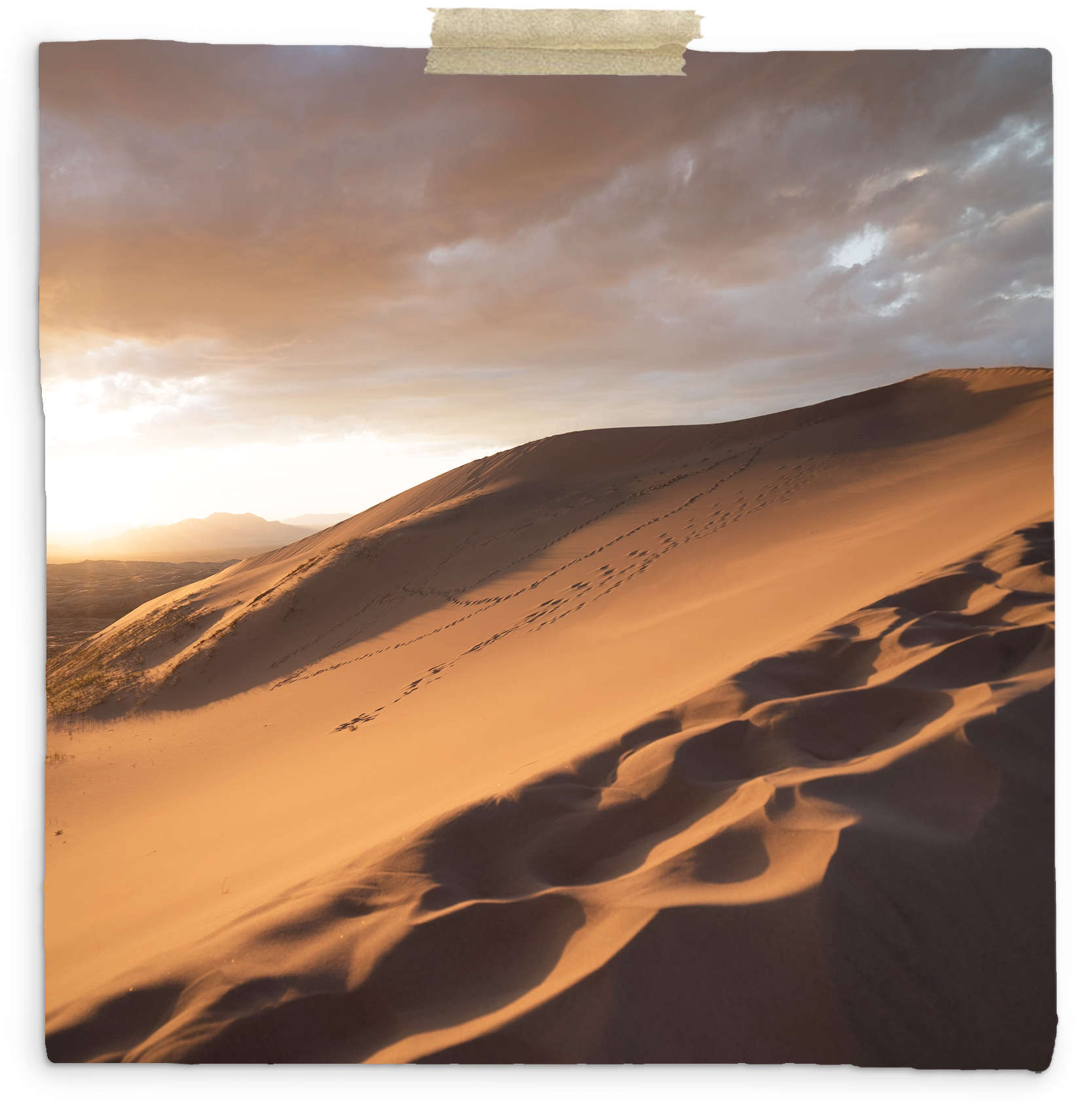 This struck me because of the artwork chosen. I love sandy deserts and that really caught my eye. The article was short and sweet to get through <3

I love that picture so much, honestly.