I don't know what it was. All I know is that it made poor Othro lose his mind; he sat there for days muttering abotu teeth... And eyes.. And running. whatever it was, I hope no one ever encounters it again.
— Letter from Expedition Master Gruac Varknaga; 6148

Rimmed by the Hiatal Mountains to the north and west, the Kogria Mountains to the east, and the Léna'thová Ocean to the south, the region exists as a downward sloping semi-basin which culminates in a series of wetlands called the Nang Kap'ahu Delta. Despite being called a Basin, however, the Ajda-Donesh region is anything but... Instead, the region's name more correctly refers to the series of wet and dry tropical forests that run through the southern peninsula of Talaina'Vao in Tolara- with the Ajda Wet Forest in the west, and the Donesh Dry Forest in the east.   The Ajda-Donesh basin is a gradually sloping region filled with hills, valleys, and numerous forests. This makes it difficult to navigate on the best of days- and outright impossible on the worst. But on any given day, it's easy to get lost in the region; one wrong turn and you may wind up never finding your way back out. For that reason a number of stone roads have been built by those who reside in the region, making it easier to find major villages- and even the way back to Nisaba Pass.   Because of its large range, and the number of ecosystems it contains, the Ajda-Donesh region experiences variable rainfall throughout the year that varies drastically per area... For instance, rainfall in the Ajda Wet Forest can range from 80 to 400 inches (200 to 1000 cm) per year- whereas the Donesh Dry Forest receives approximately 60 to 160 inches (152 to 406 cm). Areas like the Nang Kap'ahu Delta, on the other hand, frequently see an average of 800 inches (2,032 cm) during the rainy season. Despite the significant differences in rainfall, however, the average temperature remains steady across the region- rarely wavering from the 70°F to 85°F (21°C to 30°C) range. 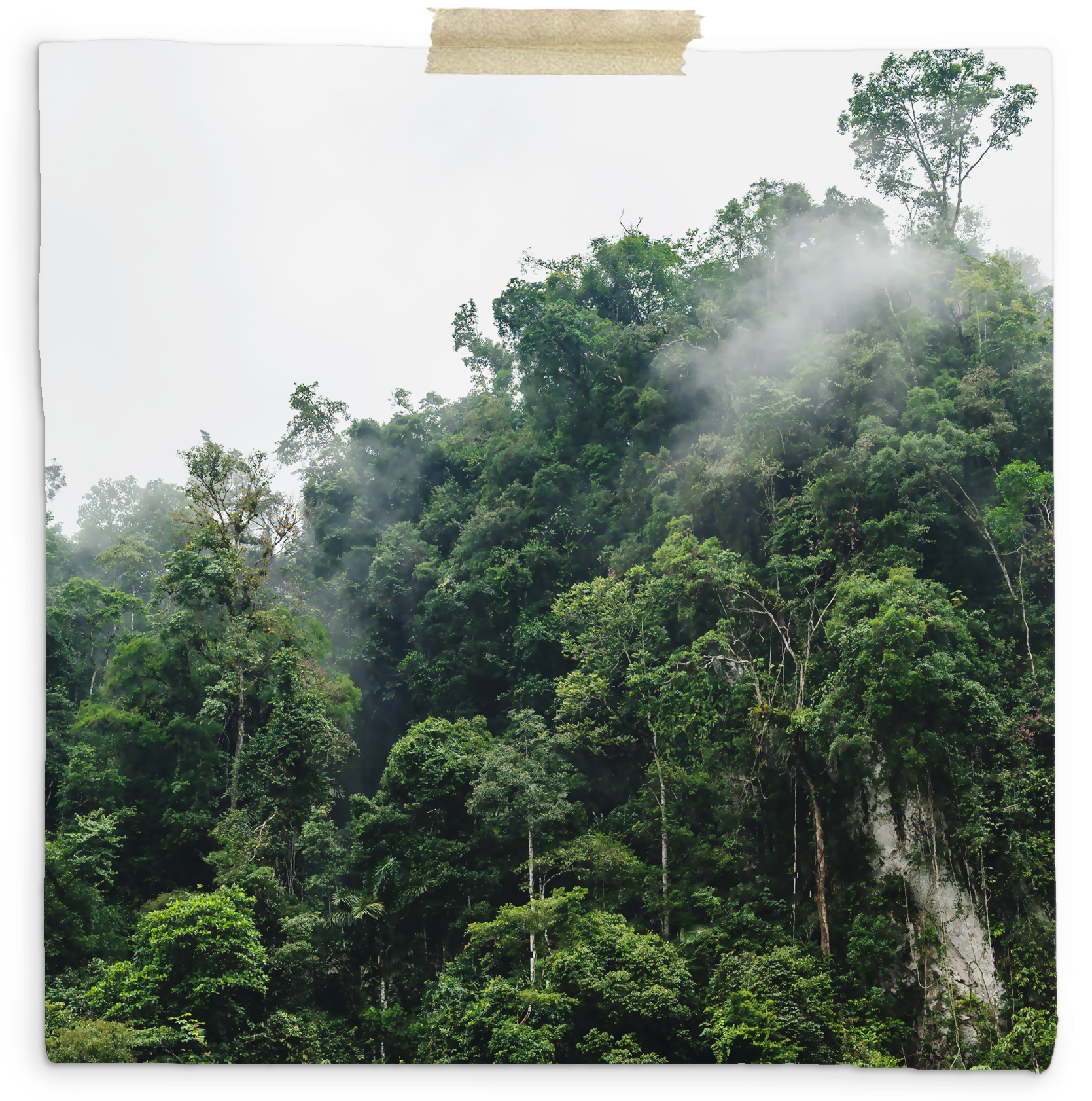 Jungle Clouds by Conscious Design
Located In
Talaina'Vao, Tolara Landmark Type
Tropical Semi-Basin
Foliage varies across the region, and the amount of diversity is unmistakable; Lavender, Rosemary, and other woodier plants may be found in the transitional regions near mountains- while Red Sandalwood, Hosta, and Mountain Ebony can be found in the Donesh Dry Forest. Meanwhile, Silky Oak, Fern, and Tualang can be found in the Ajda Wet Forest.   Animal species in the region tend to be vertically mobile in most regards- with a number of monkey species, climbing snakes and lizards, and birds calling the region home; wading birds are particularly common near the transitional regions between Ajda-Donesh and the Nang Kap'ahu Delta in the south (which, while technically a part of the basin, is often treated as a separate region entirely).
Major Landmarks
Major Cities
Tolara