Mala'kai was born to the royal family of Faelkarstone after his family had assumed the throne for what they saw as the good of the people; they had infiltrated during the failing royal family's downfall and gained power peacefully in order to protect the kingdom- leading a rather short reign that saw the beginnings of prosperity and unification for the island nation.   The Kingdom of Olienn attempted to negotiate with the Avirotka's for control of Faelkarstone, but their monarch refused to negotiate in good faith, or with any benefits for the people of Faelkarstone. All offers were rejected. Eventually Dragons in the employ of "the Bastard King" Feara Lansaer se'Usathi were enlisted to deal with the issue through whatever means necessary. After some digging, they learned the Changelings' secret, ousted them in public view, and branded them (including the young Mala'kai)- seeing it as a far more cruel punishment that they be cast down and out rather than simply dispatched.   Mala'kai and his family moved to the small Tolaran village of Keskala in the Ajda-Donesh Basin after that. There his father began operating a simple wagon shop, aiming to leave the past glories and troubles behind to focus on raising his son. His mother, likewise, went from great Queen to simple candlemaker. Mala'kai, still a child, never understood their lack of ambition to regain what was wrongfully taken from his family- not understanding the full extent and implications.   As Mala'kai grew older he began wandering the countryside around the village, helping the local outlying farmsteads with tasks they couldn't do on their own and protecting from the harsher aspects of the wild. At one point he found a farmstead that had fallen prey to a vicious band of predators, the family already dead but the creatures still feasting. A rage descended upon him beyond what he had ever known, and as he began walking towards the monsters his body began to transform of its own will. His skin became copper dragonscale, his teeth grew to fangs, and the damage to the monsters was eventually worse than they had inflicted on the farmers.   At first he was upset and hated the Dragons for what they'd done to him. But he eventually grew to understand this new power, understanding it was part of him from who had branded him. An unforeseen consequence, that perhaps he could wield to his benefit; a silver lining. Shortly thereafter Mal began to take his pilgrimage- a changeling coming of age, where they travel the world and learn more of foreign cultures and peoples in able to better blend in among them.   He traveled to Dasmiiran Dhal Stronghold, where he lived for a year- taking on the persona of Malgrum Orndorff, a traveling Dwarf brewer; he claimed to wish to learn the secrets of this town's unique blends, and so began to learn the art of crafting Dwarven ales. While he lived there, however, he fell in love with Malodi Dhal, the daughter of the Dhal clan patriarch. They were quite happy for quite a while, until eventually Mal divulged his true identity to her. She couldn't bear the thought of continuing the relationship after such a secret had been hidden for so long, but they parted amicably enough.   With a new pain, and new wisdom, Mal began to walk the world again- taking up with a caravan of traders, carefully protecting his persona of Mal the Merc, homegrown farmboy with a club. He gleaned what secrets where he could, and sketched whatever he laid his eyes on. But eventually his wandering finally took him back home to Keskala, to be reuited with his family.   Mal grew close with Ceiba Lanael, a local Dryad who supplied the village with "Medicinal herbs". He developed a slight taste for it himself while never allowing it to become an addiction. But he knew what it was like to be alone now, and didn't want them to suffer from that pain... He watched new families come into the village, seeking refuge from past fates- saw his father always helping, and understood his father knew of their pains as well. He began to occasionally try to help Shael Ash, the transporter of those seeking refuge... And then they met Aneirin e'Mylel in the forest bathing a bird while asking it directions, and everything started going to shit. 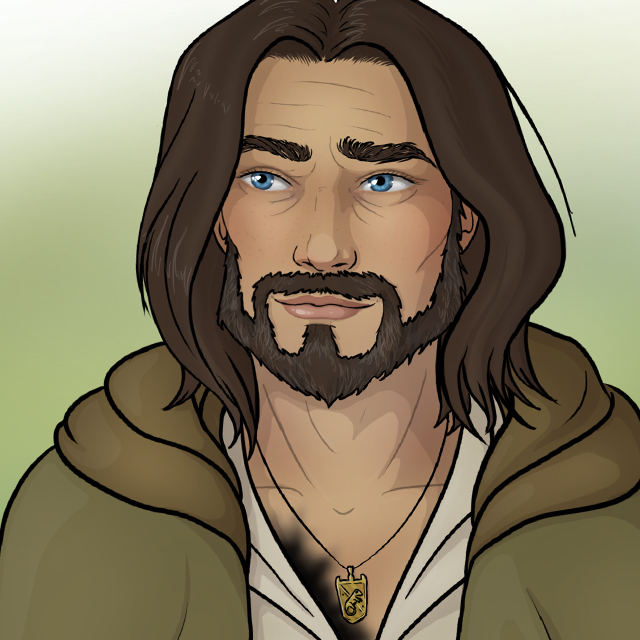 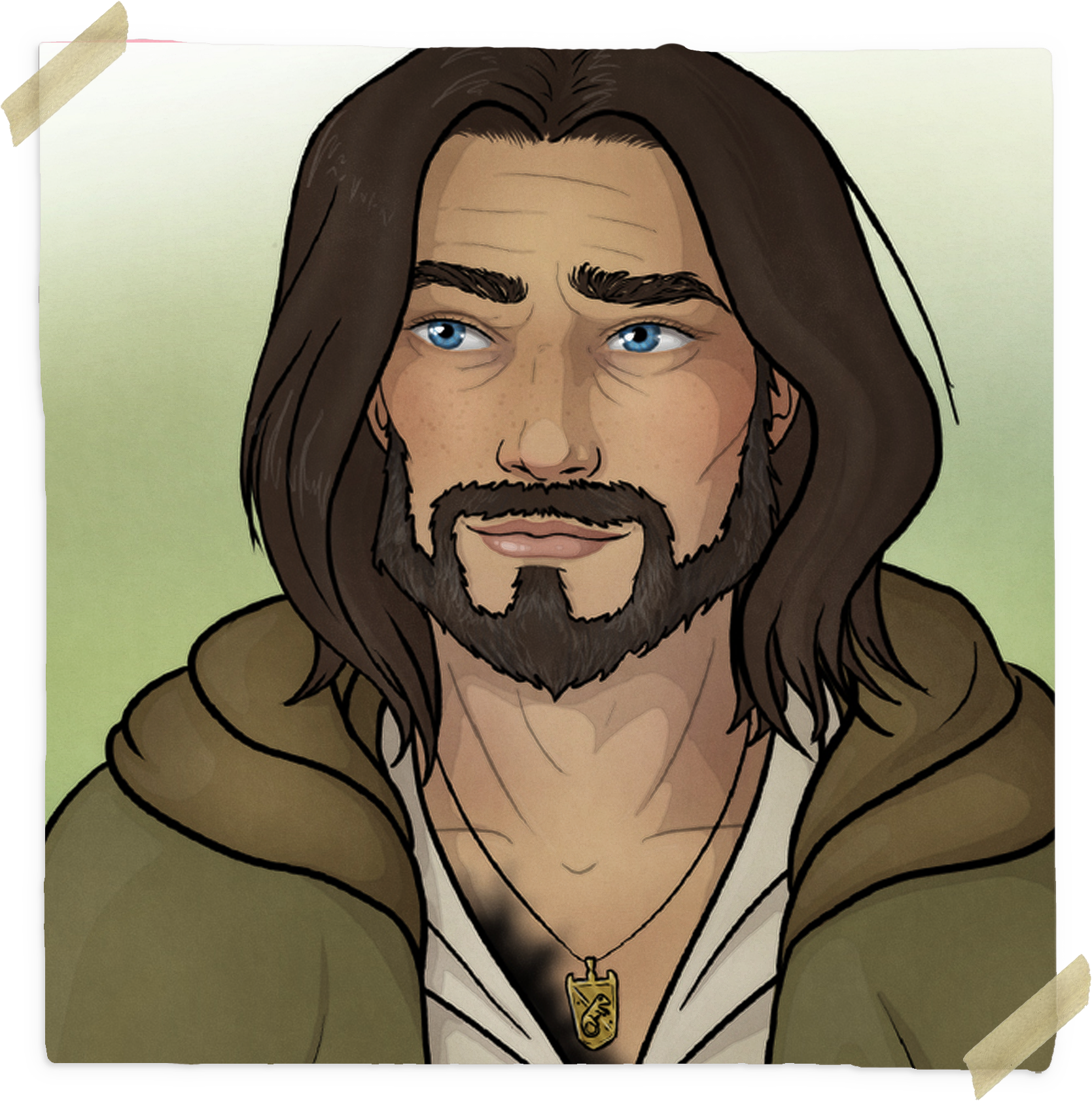