A byproduct of Platinum mining, Mithral has been known to the world of Saleh'Alire since the ancient time of the Phet. Indeed, the metal has been mentioned in Nom'ythi, Sa'avian, Phetian, and Ayenian historical sources equally over the course of history- and elaborate washing tables used during its extraction process still exist at many of their ancient sites... Today Mithral is arguably one of the most integral and sought after metals found in all of Saleh'Alire, and its value surpasses even the value of Platinum itself.

For the most part, Mithral resembles Silver in both appearance and properties. It varies more widely in color, though- ranging from a very dark, bluish grey to a creamy white. In the majority of cases, this color range can be used to visually determine the purity of the metal, as pure Mithral is most commonly white in color. As a result the metal is frequently categorized into two groups: The impure Grey Mithral, and the pure White Mithral.   Both forms of Mithral are much lighter in weight than iron and other metals- including the Platinum around which its generally found. Despite the weight, however, it is significantly stronger after smelting and working. But while both Grey and White Mithral can be used in traditional metalworking, White Mithral is significantly easier to work with and provides a stronger, more stable end product.   Regardless of its purity or what color it is, however, all Mithral has a shimmery blue quality to it; often described as being "like starlight", this shimmering effect is most noticeable in lowlight environments. For that reason it's used extensively to not only find Mithral veins themselves- but also to detect the presence of Platinum veins that may be hidden within the stone.

A byproduct of Platinum formation, Mithral in all its forms is incredibly rare- forming at depths between 6,000 and 10,000 feet, though a handful of veins have been found as close as 1,600 feet from the surface. Likewise, Mithral is difficult to extract from the surrounding rock; for every 1 ton of concentrated Mithral ore produced by a mine, approximately 3 to 5 tons of slag will be produced as a result.   As of the current era only three mines produce either product: The Thiiruan and Juriin Mine in the Domur Mountains, operated by the Druagmiir- and the Halueth'ari Mines in the Athdran-Lachill Mountains, operated by the Caenala'vi.

As a soft and malleable metal, Mithral can be smelted like silver, beaten like copper, and polished to shine like a mirror- all while retaining the lightness of a feather, and the strength of Titanium. Best yet, Mithral does not tarnish, rust, or dim with time. It also takes enchantment well, and will hold magic longer than most metals (though not as long as Sunstone will)- making it all around more valuable than mundane metals like steel, silver, or gold.   As a result of its high flexibility, Mithral can be used to make an incredibly wide range of objects. These include decorative objects and fine threads, to fine jewelry like necklaces, bracelets, and brooches. Its most frequent use, however, is in the production of thin and lightweight armor (especially in combination with Milonan Silk)- though is a poor metal for crafting weapons. 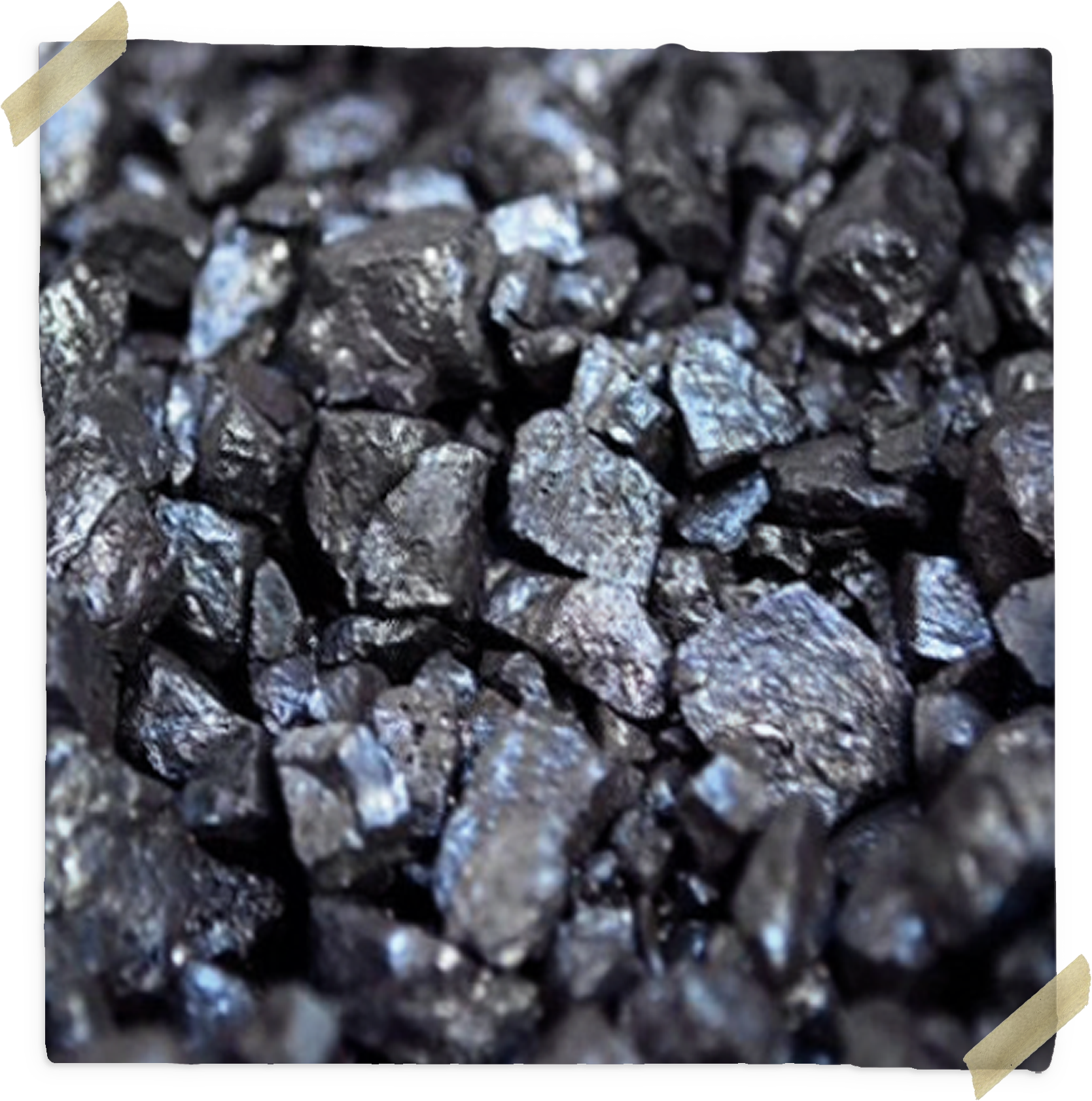 Often colloquially called names such as Corrupted Mithral, Demiterium is the name of a closely related metal that can be found in the few rare spaces where Platinum and Mithral veins meet.   Identified by a deep blue grey color and bright, iridescent silver sheen, it's well known for its innate ability to suppress Arcane powers- making it a commong component in the production of shackles, jail cells, walls, safes, and other areas and objects where magical abilities need to either be limited or suppressed. For this reason Demiterium is easily worth ten times its weight in Platinum compared to any other metal.