All black clothing, with a large cloak enveloping the whole body so no armour is visible initially. She has her hood up and over her face so that only her mouth is visible, unless she is wearing her mask in which case she has it hanging loosely from the middle of the head and the hairline is showing. She does not want people to immediately recognise her race or any distinguishing features.

Born in Zebeylin e't Charith, seat of the Imperial House of Za'vaed, in Di'kae Milona. She has a good (albeit strained) relationship with her mother, and gets on amazingly with her three brothers. They always got into trouble together growing up, and she trained with them as a kid, which is why she is so adept at fighting.   She eventually became a member of the Royal Family’s secret service- unusual for a Noble, but as she is a bastard she was allowed There she met and entered a relationship with one of the other agents, Nadstran. While scoping out an enemy kingdom on a mission, however, their plans were revealed to the enemy king- causing a great deal of diplomatic unrest for the two kingdoms.   She was arrested and charged with treason because she was the only one to know of the plans who had the opportunity, and on the testimony of her former lover, who had in actual fact been the one to reveal the plans to the enemy after asking her about them in bed one night. While imprisoned, she vowed to become an agent for good if Eilistraee helped her escape, at which moment her teacher appeared to break her out. He gave her a mask and cloak to help her disguise herself, as well as weapons, and smuggled her out of the country.   She is pursued by her former colleagues and has travelled across the whole continent to avoid detection. She is still in contact with a select few supporters who know she did not reveal the plans, who keep her informed of the movements of her pursuers. She hopes to wear them out to the point where they stop actively tracking her. 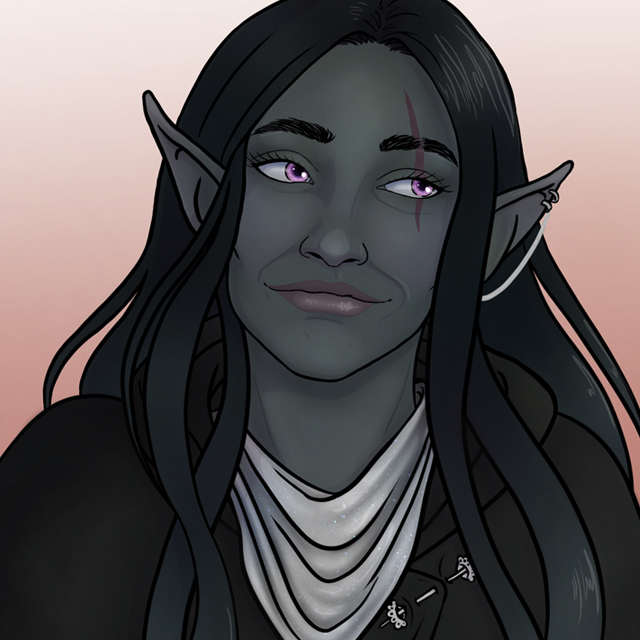 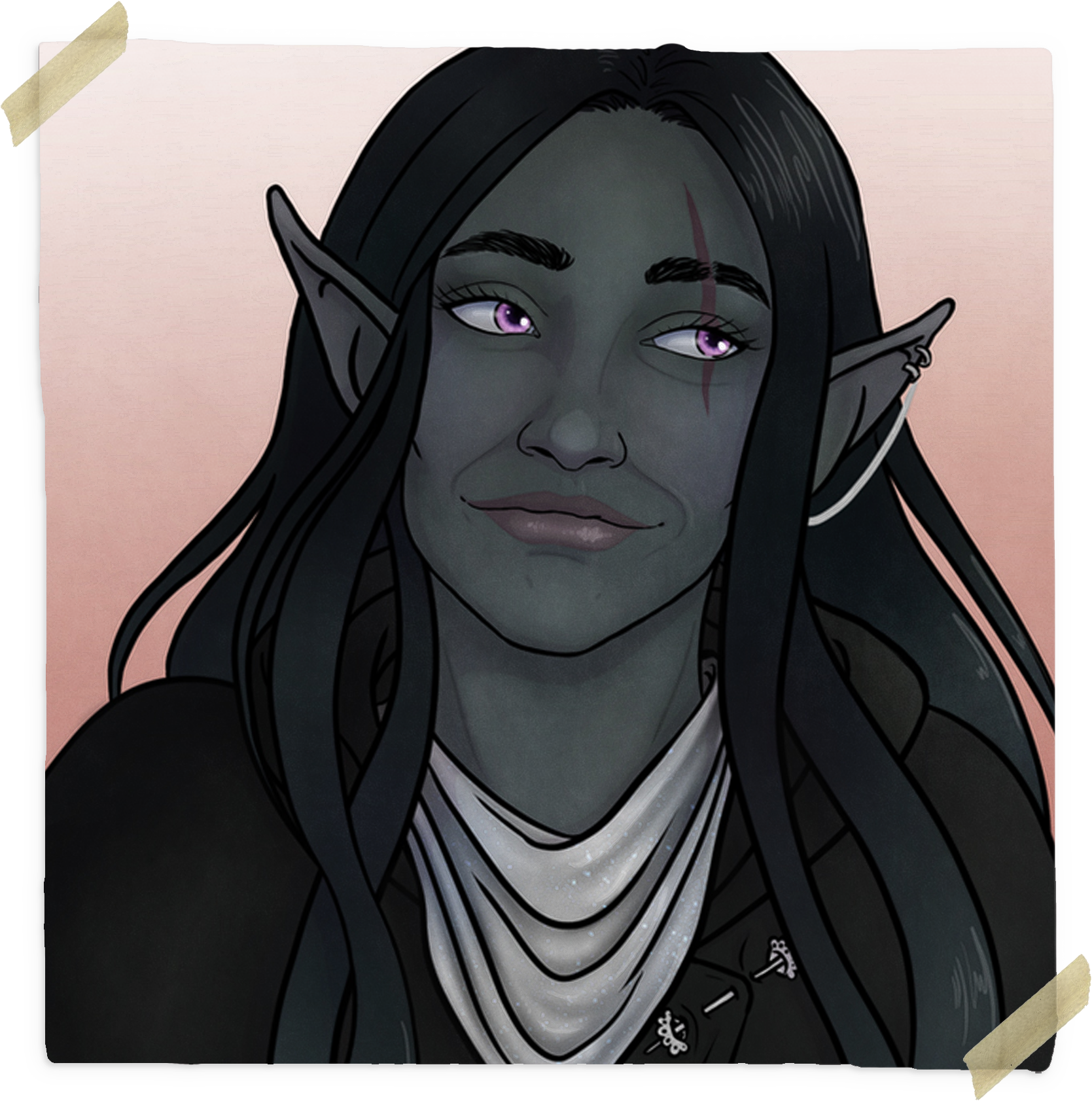 
Click the boxes below to display the list of individuals for each category.
Family Members
Mother   Father   Siblings   Extended
Major Associates