Forming the eastern half of Nisaba Pass, the Kogria Ridge is a formation of block mountains in the Talaina'Vao region of Tolara; at 13,802 ft (4,207 m) above sea level at their highest, and 6,269 ft (1,911 m), they are shorter in elevation than their western counterpart, the Hiatal Mountains. The Kogria Mountains are equally as treacherous to navigate, however- playing host to a variety of dangers, and frequently subject to rapid and unpredictable weather changes. These dangers are not limited to a single season like other regions, but are instead at all times of the year.   Primarily composed of mixed limestone and granite, the Korgia Mountains stretch from just north of Nisaba Pass, through the straight, and into the southern peninsula of Tolara. Due to their length, they host a range of diverse ecosystems that can be divided into three distinct areas: North, central, and south.   Through the center of Nisaba Pass between the two ranges runs the Cimanos River. The presence of water in the river, coupled with frequent temperatures above 70°F (20°C) in the low lying pass, produces regular fog that moves up the mountains, eventually forming rain when the air becomes too saturated.   In the northern section, the Kogria Mountains see rainfall averages on par with Ar'Lasang Vaerda'Ky- receiving around 40 inches (1010 mm) during the rainy season... Moving into the central region, however, average rainfall increases drastically to 60 to 160 inches (152 to 406 cm). This increase remains consistent in the southern portion of the mountains, where the range tapers off into the Donesh Dry Forest. 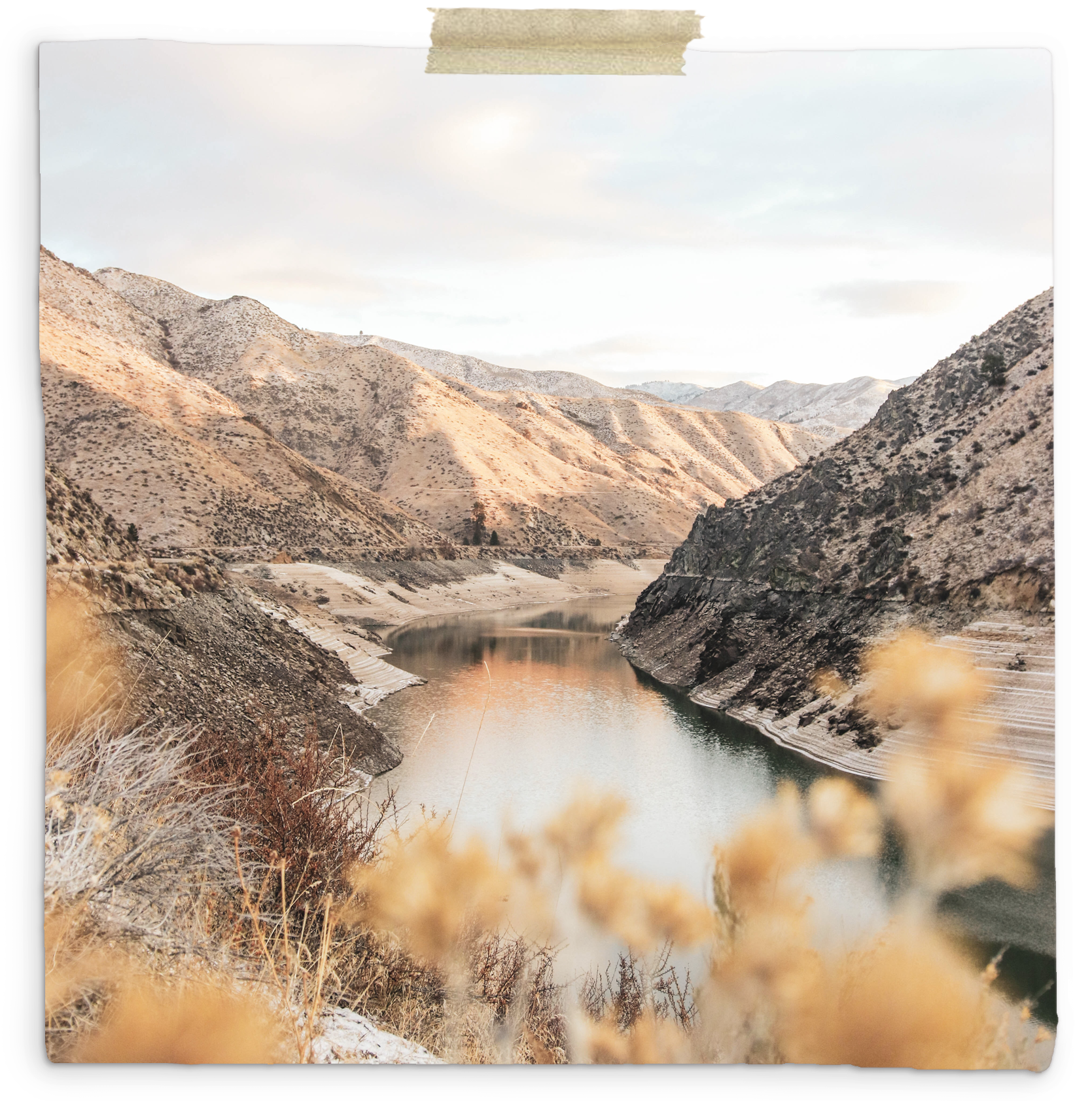 Idaho by Noah Austin
Located In
Talaina'Vao, Tolara Ecosystem Type
Mountain Range
Despite the warmer temperatures of Nisaba Pass, however, temperatures in the Kogria range tend towards erratic; the highest elevations exist in a near constant state of snowfall, while the rest of the range experiences frequent severe thunderstorms where the cool air from various peaks meets the warm air of the ocean bordering the eastern side of the ridge. These storms form quickly and without warning during the rainy season, and can be quite severe- especially for travelers caught off guard.   In the least dry areas to the west and the north, much of the land is covered with thyme, Argan, Locust bean, Rosemary, Lavender, and many other low-water-demand species. These flourish on their rocky ridges, creating an almost quilt like ground cover in some places. Thorny shrubs are also common, frequently snagging the cloaks of those passing through. Though the south is covered by extensive rainforest, the trees found in the Kogria are slightly different. Here several varieties of Juniper and Boxwood, as well as both Holm and Cork Oak, coexist with Eucalyptus, Teak, and Pine- creating a diverse, if unique, landscape.   In regards to birds, the South Pare white-eye, mountain buzzard, olive woodpecker, moustached tinkerbird, and the African hill babbler are all common sights. But the Kogria Ridge is also home to some of the rarest butterflies in the region- including the Glorywing, Metalmark, and Palos Blue. Leopard and Samango Monkies, Marshall's leaf chameleon, and Arnold's Skinks are also common sights in the mountains.
Major Landmarks
Major Cities
Tolara