The lands surrounding the south side of the city are fertile farm fields, populated by farmers, ranchers and growers, accompanied by businesses which support travelers of all walks of life. It is also common to hunters, trackers, druids, and rangers not wishing to go into the city proper.


This district is also home to those few who lacked coin enough to hire lodgings or own buildings in the city. The tent city portion is a noisy, lively area that's home to poor elves, half-bloods of all sorts, some dwarves, gnomes, and halfling.   The Farm Ward has risen and fallen many times across the years. Through natural disaster, hordes of evil creatures and through the blood of wars. But like a Phoenix rising from the ashes, it rises again, in another incarnation of itself.   With the city proper having its wall completed twelve years prior, the Farm Ward would endure first strikes as the easy target. The Ghost Liches plague wiped out almost half of the Farm Ward in the year 602 IA.

The Farmer’s Triangle is the heart of the Farm Ward. The trading hub of the ward, it is easily the busiest part of the entire area. Merchants from all around come here to pedal their wares to the local populations. Some of these merchants have wares finer than what is offered in within the city’s walls, drawing the ire and desire of nobles. Not many of the people that sell their goods actually live within or near the triangle. Many of them own their own farms, stables, ranches, caravans, and wagons.
One could possibly find anything imaginable in the market: textiles, food, jewelry, cattle, beasts of burden, spices, precious metals, weapons, armor, smoking paraphernalia, and more. The Lost Moon Inn is typically where one would stay if they needed to spend an evening or more selling goods.
Thievery isn’t exactly a massive problem as most of the merchants can afford private mercenaries to protect them and their goods. Some more benevolent merchants insist that their personal guards handle any conflicts that may arise even if a crime may not affect them personally.

If the Farmers Triangle is the heart of the Farm Ward the Half-Moon Fields is surely the spirits of the Farm Ward. The Half-Moon Fields are a far safer place for people to stay than the Tent City. It is one of the more unique parts of the ward as caravans constantly come and go, creating a unique experience upon each visit. One isn’t likely to find many merchants amongst the wagons, but many of the travelers are more than happy to barter. The fields are full of non-humans and people that simply wish for a life away from the hustle and bustle of the city. Captain Zeigmun Frege of the Farm Ward guard is in charge of keeping the peace in the fields. He is rather notorious for bullying, extorting, and strongarming, but he certainly is far from immune to bribery which keeps him and his men at bay.
Many of the travelers that stay in the fields make their living off of selling their goods or services in the Triangle. The few that choose to live out in the fields seldom take up farming. Many are shepherds and cattle ranchers that struggle to keep their livestock from getting stolen, as Captain Frege does a rather poor job of enforcing the law. He insists that vigilantism is legal in the ward and that people should be able to protect themselves before they get the guard involved, as it isn’t their job to “resolve petty squabbles”. The people that live here, without any doubt, hate Frege and the lackeys that listen to every word he says.

The Farm Ward has most certainly earned its namesake over the decades. People from all around know that the soil about the Ptolus is incredibly fertile; perfect for growing crops and raising animals. Long before the walls of the city were ever erected, the people that lived in this region perfected their farming techniques by inventing irrigation and domesticating wild barley and wheat. The farmers of old abided by a three field where they would grow wheat, rye, and/or barley in one field, oats and beans in another, and dedicate a patch to fallows, an area left to sit with nothing growing on it for a season to allow it to become fertile. As such, each of these fields would swap out each growing season. This three field system is still used to this day.
The soil in the area is quite soft,  One of the difficult things about farming around the Ptolus is the fear of invaders. Gnolls are the primary threat in that regard, as they seem to raze everything they cross if they deem it even remotely valuable to the people of the Farm Ward. Weather is by and far the largest factor that can make or break a harvest season. In the past decade, there have been fewer seasons of famine thanks to new and improved farming strategies that prevent rot and shortages.

A thirsty or weary traveler has many great options for food, drink and lodging within the Farm Ward. The Bloody Boots Inn and the Lost Moon Inn are two very prominent and solid choices to rest yourself overnight. Marrill at the Lost Moon Inn has some of the best cider you will find in these parts. Tilly's food at the Drunken Mage Brewhouse is hearty and will stick to your ribs. You should ask them about the name of the place. It is a delightful story.

If you feel the call of nature and wish the get closer to the primal places, you have two fantastic options. The first is the Temple Farm of Melann which is a farm, a refuge, a place of meditation and a sacred place for the community, the faithful and followers of Melann. Your second choice is the Temple of Balance which is a shared sacred place for all the factions that serve the forces of nature.

The Farm Ward guard are the ones who take on the impossible task of watching over a few hundred miles of land. The station building itself appears to be incredibly old. It’s apparent that it has survived many a skirmish and storm. Captain Jackson Chambers has been the head of the Farm Ward’s guard for a couple of decades now and, despite his age, he doesn’t show any signs of slowing down. The people around constantly comment on how underfunded the station is, noting that the guard here wears decades-old equipment that has worn down from age and constant use. It isn’t uncommon to see a guard carrying a wooden club or a farming scythe fashioned into a weapon, for metal is rather expensive. Chambers refuses to cut his men’s pay just to give them better equipment, but most seldom complain. Most of the local farmers are happy to donate their time and old farming tools to aid the guard.
Many folks don’t expect much of the guard for the reason that many of them accept bribes. This isn’t out of maliciousness, but rather desperation. The guards are truly underpaid for the troubles they undertake. It isn’t exactly uncommon to wander around the triangle and see only one or two on duty at a time. To compensate, Chambers has made vigilantism legal in his ward, encouraging folks to defend themselves if they can. In that regard, the captain also encourages his guards to teach their families how to defend themselves in case gnolls attack. Many of the people worry what might happen if a group of gnolls initiates a large-scale attack,for they don’t have faith that the guard will be able to handle themselves. As such, many of the people that travel the ward carry cheap blades and other weaponry.

Late in the year 695 IA a war band of gnolls with powerful shamans ravaged the Farm Ward. This would have killed every person had it not been for the undaunted Valor of Eladreth Moonstalker, also known as the Warden of the Woods. Stories tell of how he single-handedly killed the gnoll shamans and a hundred gnolls. No record or sightings exist of Eladreth following this battle. His name will forever be sung as a mighty hero of the Farm Ward. Other notable citizens of the Farm Ward that drove back gnolls protecting their own was Cayde Lowther proprietor of the Bloody Boots Inn, and former member of the Scarlet Legion. 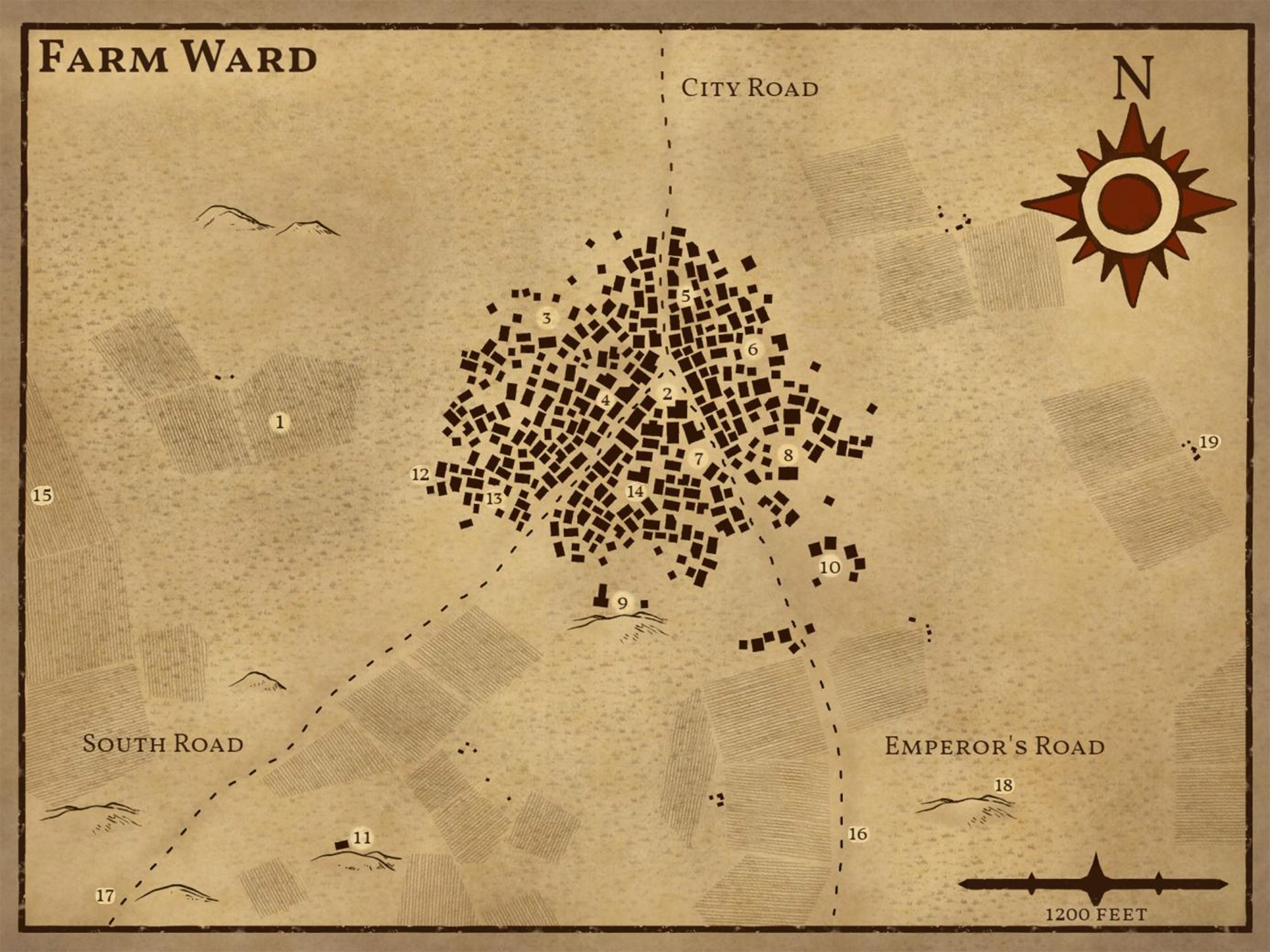 Generic article | Mar 10, 2022
The Farm Ward is inspired by the following passage in the Ptolus Book. The Farm Ward is not part of the published City of Ptolus product.   Farmers to the south bring their produce to Ptolus to sell, whether it be grain, fruit, or vegetables. They also bring in livestock, including sheep and cattle. Loggers from the north ship timber into town to sell.
Docks
City Wards
Guild Ward

Answering: "an industrial, mining, logging or other production settlement."
Visit Graylion's Competition Page Check all other answers to this prompt Competition Homepage

This article was written by Graylion with creative content from Sols & Duun. To see more writing and world building by Sols & Duun, visit Vhosparus. 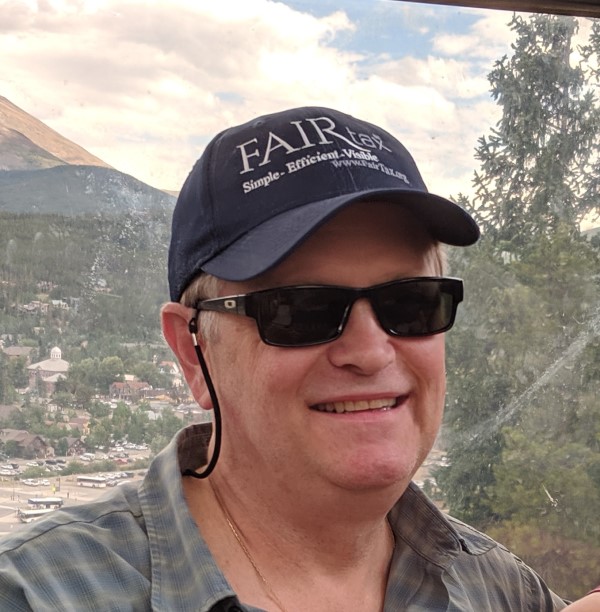 Loved this place, The Drunken Mage Brewhouse, was cool.

I am the Soul of Honor, Trust me in all things!

Thank you for reading and your comments. It definitely been a journey and I'm looking forward to continuing.