The Bloody Boots Inn is a large inviting three-story red brick building with an iron frame for a sign long gone. Wrapped over the frame are a pair of well-worn leather boots, caked in dark rust colored red. The aroma of fresh baked goods and foods wafts out the main entrance, followed by the cacophony of locals singing along to once great ballads. Off to the side there is a marked stable entrance, which compliments this local rustic inn. 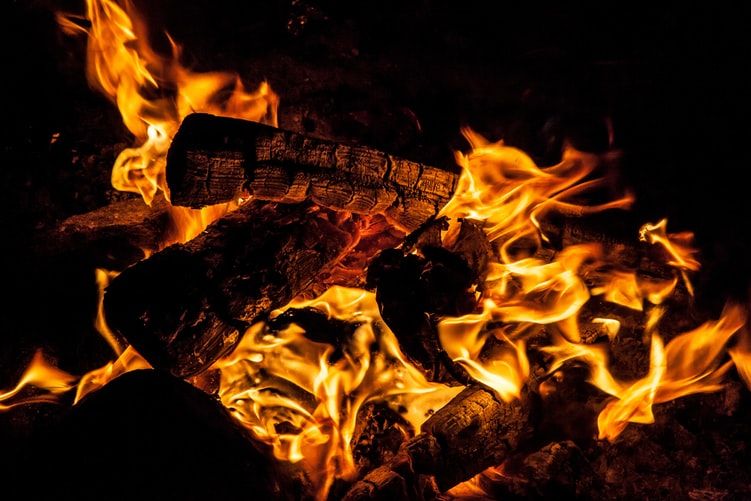 Fire by Bob Oh on Unsplash

Most days the proprietor Cayde Lowther may be found behind the bar or circulating the main room of the Bloody Boots. He commands all aspects of his inn as if he was still in the military, with a firm but fair hand. His staff respect him and his guests are loyal. Anytime Cayde is not running the show, Orrik is on hand and may be heard complaining about not being in the kitchen or all the preparations that is not being seen too. He answers to Cayde or Sarge but rarely things like inn-keep, keeping to the assumption that civilized folk will introduce themselves and names will be exchanged.   The main room or hearth room features a bar running almost the length of the room. Most transaction for rooms and food happen at the bar or through service staff for the floor. The floor has scattered small tables and seating for maybe 40 - 60 guests. An entertainment stage dominates the far wall opposite the entrance where are manner of transient and local entertainment may be found. Sound and smells of the kitchen come from beyond the bar and out of site. Off to the right an opposite the bar are two massive fireplaces and two private rooms. Finally, two sets of stairs lead up to the second and third floor baths and sleeping rooms. 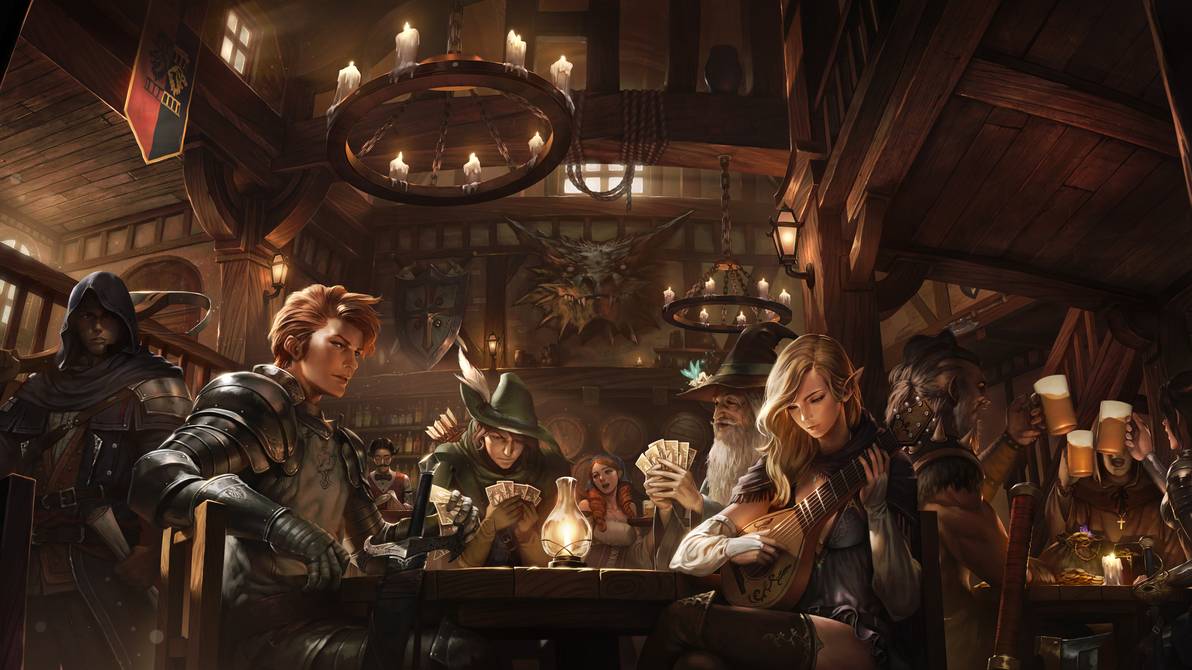 The bloody boots is frequented by all manner of guests from guards to farmers, and for the most part banners, titles and status are left at the door. The regulars know what stories to tell and what stories are off limits.

If you wish to be coming back to this here watering hole, then don't let em hear you talking about Cayde breaking up the Bloody Boots and walking away from the Scarlet Legion. There are stories to be told and that's not one of em...
— Farmer Terik

The locals also know that when, not if, fights break out do not touch the bar. This means do not damage the bar, do not bleed on the bar, and most certainly do not ram your head repeatedly into the bar!   Military of the Great Kingdom treat Cayde with great respect. Enemies of the Great Kingdom either avoid the Bloody Boots or remain silently respectful.

Several acts of entertainment are common on most nights at the Bloody Boots. Cayde books entertainment on a casual first come first serve basis with strong leaning towards referral and word of mouth. Singers, musicians, magicians, small bands, gleeman, and storytellers are all popular acts. It is also common for several entertainers to pass through on any given night hoping for a last-minute opening to jump into. As a last resort Cayde will take off his apron and step up to the stage. He will share stories on adventure long past and battles bloody and fast, but never the details leading up to him walking away from the Scarlet Legion.

Ok I'm going to sing one of your favorite ballads, "Walking In Blood".
— Merris, Local Gleeman

Cayde or Orrik plan the menu and offerings every morning based on the first hunters and rangers to reach them with their catches. They often deal with halfing caravans for cheese and condiments while visiting the farmers market for fresh produce daily. Clients enjoys razing Orrik about not eating any unnatural meats cooked in the hellfire of dwarven flame magic.

Cayde Lowther   The bloody boots in his owned by Cayde Lowther a former sergeant of the Battle Breakers - Bloody Boots fist in the Scarlet Legion. Cayde has dry and cutting wit mixed with the battle scars of history and experience. He has a deep sense of fairness that usually does not align with oppressive laws. He is also an avid defender of the underdog, has been known to join more than one bar room brawl and usually on the side of the outnumbered. Cayde is well known for his presence, and people tend to follow his lead or get out of his way. Cayde has a particular dislike of Drow Elves, as members of his family were killed in slave raids by Drow.   The Scarlet Legion is a specialized elite fighting force for the Great Kingdom. Their use of magic communication and teleportation to send fast response military units to pinpoint encounters is the signature of their fighting maneuvers. Many times fists of the Scarlet Legion are held at the ready to deploy after the fighting has already started. This allows them to be added in inflicted maximum damage at the best possible time and location. Cayde's Battle Breaker Fist was dubbed the Bloody Boots, as it is said when they left an encounter they boots were drenched in the blood of their enemies.

It is said that if you survived an encounter with a Fist of the Scarlet Legion then you were not a combatant or not an enemy!

What is known is that Cayde Lowther dissolved the what was left of the Battle Breakers - Bloody Boots and walked away from the Scarlet Legion. What is not known is why he did this and why the Scarlet Legion allowed him to walk away. Many speculate that he has important friends in the Great Kingdom or that he knows far more than he should.     Orrik Embervane   Dwarven Fireslinger and destruction expert.

Of course dwarven craftsmanship is legendary, any fool knows that. But do you realize if we build them, we know how to break them better than anyone?
— Orrik Embervane Destruction Expert for the Scarlet Legion

Secret by Kristina Flour on Onsplash 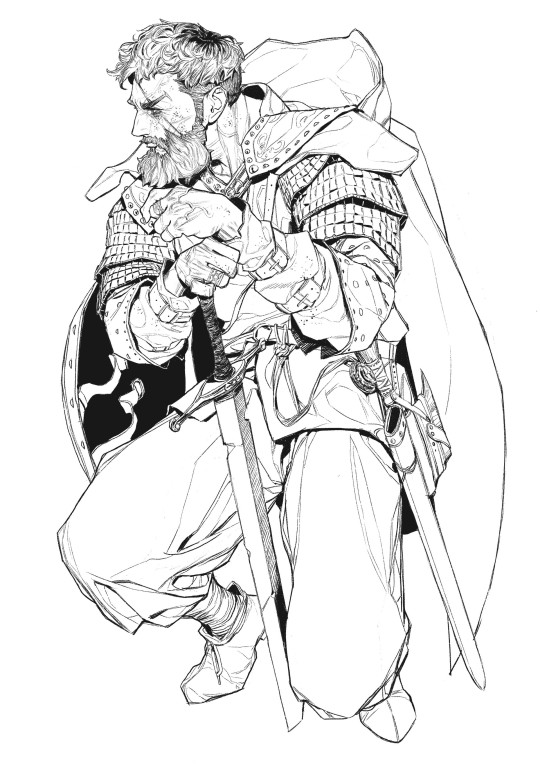 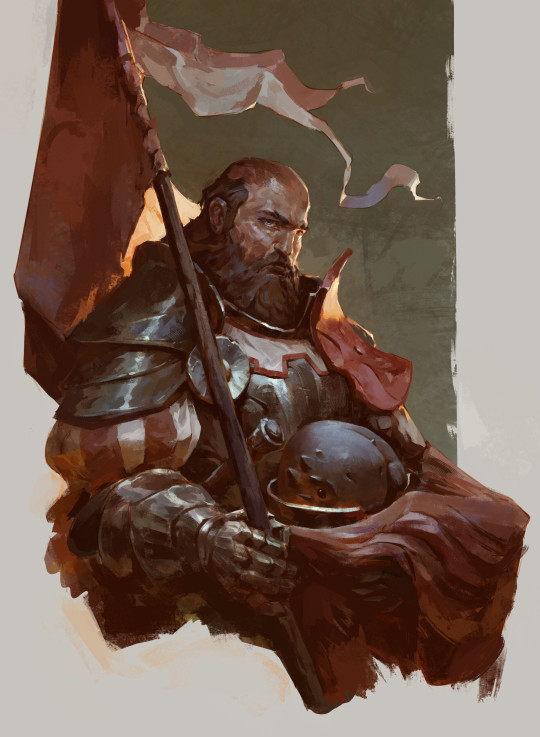 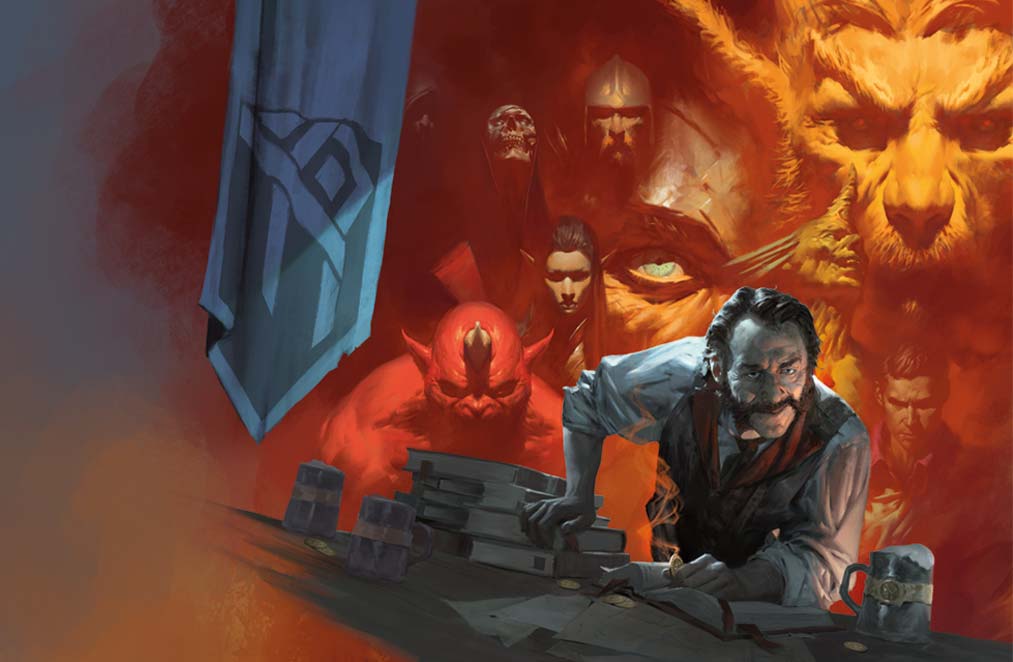 Tales From the Yawning Portal by WoTC
Farm Ward

Answering: "Write about the headquarters of an organization in your world."
Visit Graylion's Competition Page Check all other answers to this prompt Competition Homepage

Nice! I like it!   And if I might say that menu makes me hungry just reading it!

Thank you for the kind words.

*Raises a mug of Deep Mountain Ale*   Quite welcome!

Now I want to get wasted. O_O

Just don't stain the bar! Hope you enjoyed the read, thanks for the like.