The Blue Wyrm Tavern is a place stuck in time. Literally. Falling through the roof of the tavern is an adult blue dragon, with the body of a wizard flinging a spell falling beneath him, and the two are literally frozen in time. While trying to save his master who had been combatting the titular blue wyrm, he accidentally miscast a spell of temporal magic, and froze a perfect orb 30 feet in all directions in time. For how long nobody knows, but for now it makes an interesting conversation topic for the patrons of this quaint South Market Ward tavern.

Even before you walk into the Blue Wyrm Tavern, you already know something is up by the lower half of an adult blue dragon you can see floating atop the roof of the building before you even step inside. Once through the doors and into the main room you’re greeted by the full spectacle above you. As soon as you get seated, a wiry elf named Raz with a short haircut brings you a menu and asks what you’d like to drink.   Kilroy, the barkeep, slings drinks down the bar with a practiced hand, with nary a drop spilled from the mug as they slide to a stop right in front of you. The sound level is fairly low, with a small string band playing off in a small corner stage. Past the bar there’s a staircase leading downstairs to the private rooms you can rent, each with their own private bath magically fed from a hot spring under the tavern.

The Blue Wyrm Tavern primarily caters to those who’d like a little more privacy, and as such is a bit more subdued than a lot of other nearby taverns are, especially given the spectacle that is the roof of the main room.

Aside from the standard services you’d expect from a tavern, Kilroy also happens to be an excellent leatherworker, working in his free time in a small shop off to the side of his private lodgings behind the tavern.

Kilroy - Kilroy McKinnon is a retired military vet who lost a leg in an engagement with an orc, and as such as some particular biases about those of orcish descent. He’s a happy enough guy, loves to drink, and is running the tavern off of his military pension. He leaves the actual day-to-day responsibilities of taking care of the inn to Raz, an Elf who he helped get off the streets when she was young. He prefers to split his time leatherworking or bartending, one of the few things from his military days he doesn’t mind reliving.   Raz - Razlastra is a relatively young (27 year old) elf, a former refugee from a now burned out ghetto on the edge of the city. "Raz" was taken in by Kilroy when she was 12, after she actually helped staunch the bleeding stump of his leg what was cut off by the now very dead orc who was trying to run off with her. She sees him as the father figure in her life, and is fiercely loyal to him.

Kilroy plans on leaving soon, but he doesn’t know how to tell Raz. He wants to travel the roads and forests as he did when he was younger, but is also wary of the enemies he made during his time in the local military. He plans to steal away in the night sometime soon, and might be interested in hiring some people to help sneak him out of the city so he can’t be easily tracked down.
Type
Pub / Tavern / Restaurant
Parent Location
South Market 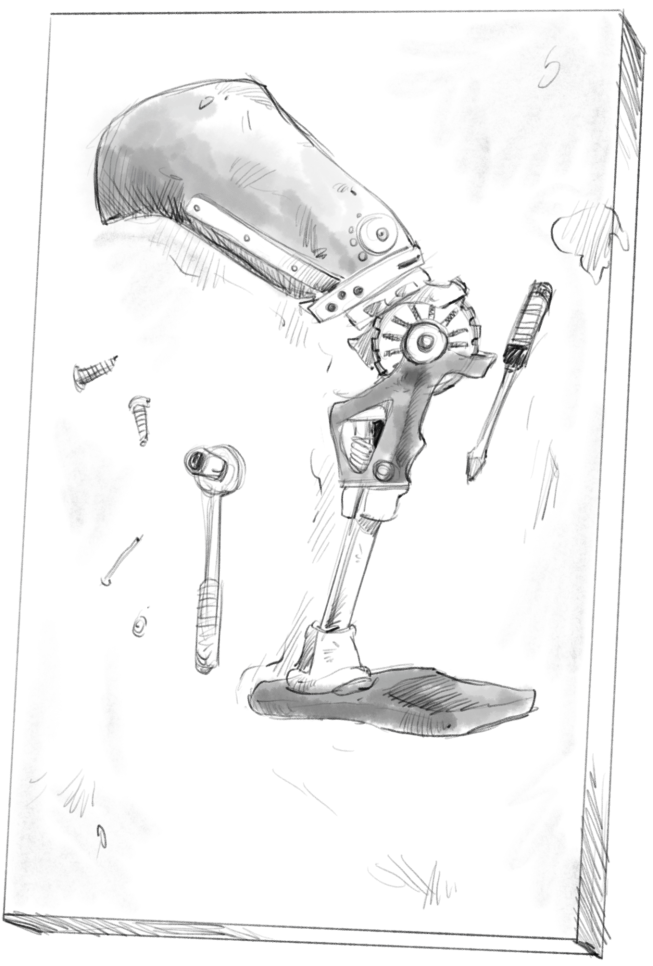 This article was written by the creative and talented Ultrahuntr and edited for world and game use by Graylion. To see more writing and world building by Ultrahuntr, visit Ashua.