Well, that is not exactly something you see every day, I must admit.
— Hjalte Meadfire - Traveling Merchant.

The Giants Cauldron Inn is located in the southern portion of the Guild Ward. A reasonably respectable establishment with customers hailing from every corner of Greyhawk City.

The Inn itself is an inviting, two-story building of moderate size, built from heavy and rectangular stone slabs, each of which is engraved with words written in the Dwarven alphabet, though some are barely readable due to years of rain and wind.   It has a solid wooden roof with what appears to be cultivated moss growing on it, giving it a cozy, forest aura by most accounts. The door is framed by oiled-in wooden beams with diamond-shaped symbols carved in, and above it hangs a simple sign with the name of Inn clearly visible in red paint.   While standing outside on the street, one will undoubtedly smell the aroma of newly prepared food and hot beverages, the latter usually being the Inn's famous mulled wine that is especially sought after during the winter months. Beyond that, one will nearly constantly hear the cacophony of customers talking and singing, playing instruments, swearing, and laughing, though the volume may decrease and increase depending on the hour.

Giants Cauldron and the Stone Table

Most newcomers who enter the Giants Cauldron Inn will be stunned to silence and stop dead in their tracks, their gaze fixated on a ridiculously gigantic cauldron made from solid iron that is hanging upside down from the ceiling in heavy chains in the center of the main hall.   Something quite interesting is that the inside of the cauldron gives off an impressive illusion. Like dancing sun rays underneath ocean water, it appears to contain an intense fire that brings forth both light to banish the darkness and warmth to expel the cold. Its existence is the answer as to why the hearth of the Giants Cauldron not often is lit.   Below the cauldron is a heavy-looking, circle-round table, seemingly made out of smooth, glass-coated dark-grey granite, its surface marked with several pitch-black tree-rings. It is lined with enough chairs for at least seventeen people.   Sometimes during festive times, the more enthusiastic customers may jump up on the table to dance or to sing, though it is generally frowned upon unless given permission by the Innkeeper who will usually give it by jumping up on the table first with a ballad on his lips.
The rest of the main hall is rather unremarkable. Several wooden pillars, each about an arm thick and engraved with diamond-shaped symbols, holds up the ceiling. Scattered between them like tree-stumps in a forest, are small, circle-round tables with at least two or four accompanying chairs. The bar runs the entire length of the right wall like the tail of a dragon and ends at an opening near the revolving door that leads to the kitchen from which the sweet aroma of meat, bread, and other food types escape from.   At the far wall opposite of the entrance, the cold, unused hearth is located, framed by dusty bookshelves containing a fair amount of books, old enough that no one alive remembers who placed them there. On the left side of the bookshelves, there is a staircase leading up towards the second floor where the rentable rooms are located, along with the restricted spare quarters for the staff. 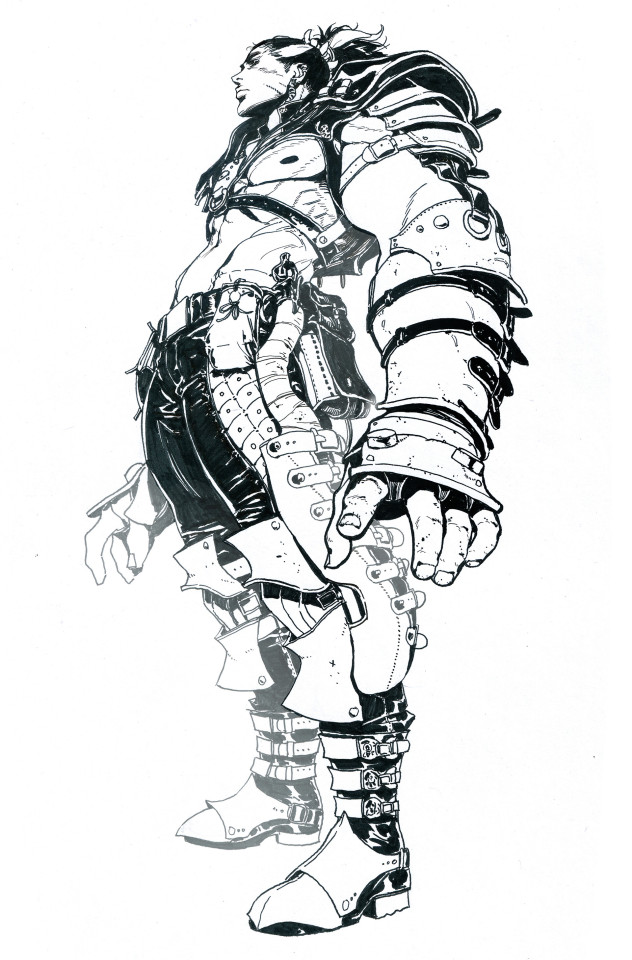 When asking about the engraved, dwarven words, one will learn that they are written in Giant and that every word combined will showcase a message supposedly uttered by an old and powerful stone giant before he was slain in formal combat by the Giant Kettle Inn's founder over hundred years ago.   So far no one has been able to figure out what it says, though many certainly try as the Innkeeper hint that there is a hefty price awaiting for the one who may utter the message again.

Hanging on the wall behind the bar counter is a heavy-looking long spear seemingly made from solid steel. The most eye-catching detail about it is its bloodstained speartip and tiny crack that runs along its entire side.   When asking about it, the most people will hear of it is that its former wielder grew too ambitious for his own good. But that its right-full owner is still out there somewhere, craving to hold it again.