The Achad Region is a very fertile region, with a large variety of fauna and flora that grows upon its land, specifically in and around the Fertile Thicket. The region's terrain is mostly grassy with the occasional marshland that is found near the large river that runs through the region to the Southern coast. It is easily accessible by all whether by cart, by horse, by boat or walking.

The ecosystem of the Achad Region is the most flourishing of all the regions in Arrasgoth, only overshadowed by the Zagrela Region. There is a large freshwater river that runs through the middle of the region and the water is deemed to be the freshest in the whole of the continent due to its connection to Shimmering Grotto and the Feywild. The food is plentiful and growing in this region is never a problem, despite the seasons that occur.

The Achad Region is affected by the seasons as most areas are in Arrasgoth, though the fertile nature of the region means that the growing period is available for most of the year, only tapering off towards the end of the Winter season. It has been known for the river to freeze over due to Feywild shenanigans but this has become less and less over the years.

The most important localised phenomena of the Achad Region is the area known as the Fertile Thicket that has been enhanced year after year by the flowing magic of the Feywild into the most flourishing area of Arrasgoth. All plants that grow here, grow quickly, and often with magical properties.

The Achad Region has most of its history twisted in with Shimmering Grotto as it acts as the gateway to the Feywild. Most of the incidents and accidents of The Fey happen within this region and the towns tend to be affected by this. 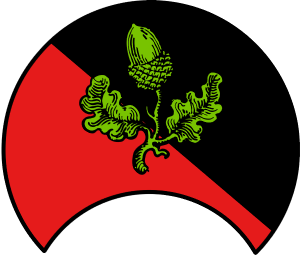 Arrasgoth is a custom roleplay setting based in the system of Fifth Edition, created by OncomingShower.   Arrasgoth draws inspiration from many different settings and lore within the Fifth Edition universe as well as other historical settings and events, under the Open Game Licence.   Dungeons & Dragons belongs to Wizards of the Coast and she claims no ownership of it.   All crests and portraits were created at World Spinner using either the Portrait Workshop or the Heraldry Editor.   All headers and cover art created at Canva using free images on their website.
Article template
Geographic Location
World
Arrasgoth
Category
Regions in Arrasgoth Locations
Author
oncomingshower
Publication Date
29 Jul, 2021
Creation Date
29 Jul, 2021
Last Update Date
4 Nov, 2021
Visibility
Public
Views
84
Favorites
Comments
0
Work In Progress