Purgatory is a large mercenary camp in the North of Arrasgoth, on the outskirts of the capital, Egomont. The camp is found to the East of the main road between Egomont and Banshaw Edge.   The camp was under contract with the capital to provide security for the market, but this has since been cancelled after the movement of the market to Purgatory itself. They are in alliance with The Beacons of Hope but have chosen to remain impartial in the current war.

Purgatory is run loosely as a stratocracy but recent events have led to the establishment of an actual hierachy. The head of Purgatory is Ruthren the Reaper and she has ruled for the past ten years after overthrowing the previous leader.

Purgatory itself is perhaps one of the most defensible places in Arrasgoth, certainly in the Wasten region. The fence itself provides a barrier to access the camp itself from any other area apart from the main entrance. The camp also houses more than 150 trained fighters so anyone attempting to attack would find themselves on the wrong end of a sharp sword.

The main trade that takes place in Purgatory is the market itself, which isn't governed over by Purgatory. All the market stalls make and sell their own items, but pay some of their money towards the security of living within Purgatory's fences.

The infrastructure of Purgatory is fully based on their mercenary operations, though the camp has become more and more militarily organised due to the influence of Emrys Ddraig Sy'n Ddu.   The camp recently invested in strong fencing to keep the tented areas more secure in the past few months. The camp has slowly been expanding outwards with more refugees coming to stay from damaged towns nearby. The market has been placed in the middle of the camp to keep that protected and provides constant trade with the population of Purgatory.

There are two main assets to Purgatory at this time. The first is the fact that it is the only mercenary encampment in Arrrasgoth that could call up an army to deal with a large scale battle. They are fully trained and organised, and able to travel quickly due to their position near a main road.   The second asset that Purgatory has is the market itself. Originally from Egomont, the market was moved to Purgatory to provide them with a safer area to trade after the fall of Egomont to the thieves' guild, Moon.

Purgatory is part of the Peregrine Bay faction but is the only non-pirate settlement involved with it. This faction has chosen to remain apart from the current war and has signed a document stating as such.

The history of Purgatory has been quiet until the most recent 10 years when Ruthren the Reaper took the helm. Since then, the bandit camp has turned into an almost military operation with full ranks and organised companies of scouts, fighters and healers. They have become a major player in Arrasgoth since the change of leadership.   The History of Purgatory 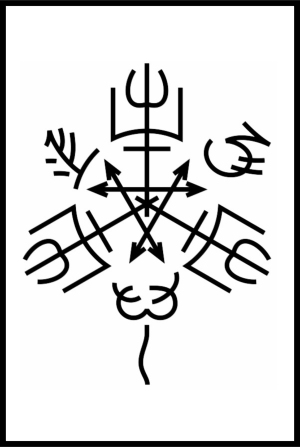 Arrasgoth is a custom roleplay setting based in the system of Fifth Edition, created by OncomingShower.   Arrasgoth draws inspiration from many different settings and lore within the Fifth Edition universe as well as other historical settings and events, under the Open Game Licence.   Dungeons & Dragons belongs to Wizards of the Coast and she claims no ownership of it.   All crests and portraits were created at World Spinner using either the Portrait Workshop or the Heraldry Editor.   All headers and cover art created at Canva using free images on their website.
Article template
Settlement
World
Arrasgoth
Category
Abandoned Settlements in Arrasgoth Locations
Author
oncomingshower
Publication Date
13 Mar, 2021
Creation Date
28 Jan, 2021
Last Update Date
20 Mar, 2021
Visibility
Public
Views
151
Favorites
Comments
0