Egomont is a large city in Arrasgoth, found in the very center of the continent. There are three main roads that lead away from the capital to the North, South and East coasts. Originally the main hub of all trade within the continent, it has become a hive of black markets and subterfuge after the rise of the thieves' guild, Moon. It has the nickname 'The Dodgy Place' from other settlements.   Egomont is the oldest settlement in Arrasgoth, dating hundreds of years before The War Of The Skies  and has been the main base for elves since the tribes first arrived on the continent. The city has the oldest buildings, the strongest physical defences and one of the largest populations in the entirety of Arrasgoth. The city serves as a base of operations for many of the criminal underworld and does not stand by the rules laid out by the King.

Egomont has a large and varied population that has changed and adapted dramatically over the years that it has been a settlement. The city had originally started as completely elven in population which reflects in the architecture of the buildings and the layout of the streets, but as the world changed after the war, between The Followers of the Veil and the The Ancient Dragons, so too did the make-up of Egomont.   Currently, the population is a mixture of different races, but over half are of tabaxi descent. This has increased rapidly due to the usurping of leadership from Moon as their entire guild is tabaxi. There are sections of the city that are still completely elven in population, but this has slowly diminished as the crime rates have soared. They are also somewhat of a safe haven for arcane casters, but are quick to sail someone up the river if they are overly concerned with what the person is up to.

Egomont had previously been a municipal government, with Quinn Glorybluff as their fairly elected mayor.   It had been a cause of concern previously when it had been found out that his opposition, a tabaxi running on behalf of Moon had hired a necromancer to raise the dead to vote for him. This scheme was stopped quickly by The Beacons of Hope and the necromancer dealt with in a peaceful way.   However, the city is now being run as a mafia state by the leader of the thieves' guild and has a good governmental ruling in place as they manage the crimes of the city. No one has any complaints, and if they do, they soon disappear.

Egomont is completely surrounded by a large wall that reaches 80ft tall and has only three major entrances into the city proper. It had been protected in parts by the mercenaries of Purgatory until the movement of the market. It is now defended by the thieves' guild, Moon.

Egomont has no main industry as a city, but was a trade hub itself. The city provided merchants from all across Arrasgoth a place to trade their wears and to set up shops, as well as they paid the mayor for the privilege of it. However, with no market now in place, there is no industry or trade running in or from Egomont. Their trade is in criminal activities and some form of sanctuary.

The infrastructure of Egomont has always focused around establishing a place for a large amount of people to live. It is one of the only settlements in Arrasgoth that is built for a predominantly residential purpose. This is reflected itself in the layout of the streets and houses. The city is built to allow easy access in and out of the main built-up areas, as well as providing plenty of space for further expansion around the outskirts of the walls.   Since the disappearance of the mayor and the rise of the thieves' guild, the town has kept its overall physical structure the same, but there has been a shift in the focus of expansion for the city. It has now become an area of criminal activities as the focus rather than a place for all to settle. There are many hideouts and warehouses in the town, and a literal underground market selling black market goods.

As far as assets go, Egomont had been the main trade hub of the entirety of Arrasgoth. It was the place where you could get hold of anything you might need; it was only second to Banshaw Edge when it came to getting hold of magical components. However, with the move of their main market to Limbo over 900 years ago, it's only asset is the link to thieves' guild.

The main guild that runs and controls Egomont is the thieves' guild, Moon. They originally ran quietly in the background but have taken up office to completely run the city itself both financially and politically.

Egomont has history that dates back to the time when The Ancient Dragons being a large faction within Arrasgoth. The city was built as the major base for the high elves so had a lot of influence in the make-up of the continent.   It expanded over hundreds of years from a small town to the largest city, hosting a population of over 500,000 elves and over 250,000 from the other races that inhabit the continent. It was a place of prosperity, a city to show the progress and standing of the humanoid races in this world, particularly after the disappearance of the Ancient Dragons. Everyone referred to Egomont as the seat of power and was the only place in Arrasgoth to have an official mayor.   Since the interference of The Beacons of Hope within Egomont, the power that Egomont has held has changed dramatically. Previously considered the Head of the Council of Capitals, the impact that the group have made across the continent as a whole has shifted the power distribution to be more equally split. Their constant push for alliances had led to Egomont searching for new allies as their previous mercenary support, Purgatory, was withdrawn quickly.   This search for allies led the previous mayor, Quinn Glorybluff, to disappear, presumed dead, and for the leader of Moon to take the seat. They cut off all contact with their normal trade routes and have completely turned Egomont's structure on it's head. The city has continued to run as a criminal hive for the past 900 years. 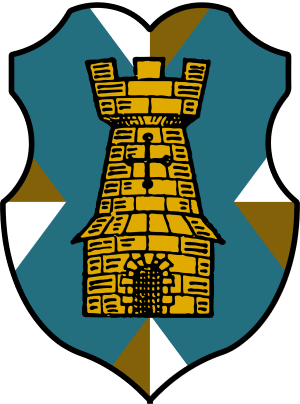 Arrasgoth is a custom roleplay setting based in the system of Fifth Edition, created by OncomingShower.   Arrasgoth draws inspiration from many different settings and lore within the Fifth Edition universe as well as other historical settings and events, under the Open Game Licence.   Dungeons & Dragons belongs to Wizards of the Coast and she claims no ownership of it.   All crests and portraits were created at World Spinner using either the Portrait Workshop or the Heraldry Editor.   All headers and cover art created at Canva using free images on their website.
Article template
Settlement
World
Arrasgoth
Category
Major Settlements in Arrasgoth Locations
Author
oncomingshower
Publication Date
25 Jan, 2021
Creation Date
25 Jan, 2021
Last Update Date
29 Aug, 2022
Visibility
Public
Views
179
Favorites