Parona is a small village to the North of Arrasgoth, found to the North of Casia Forest and South of Inham Farms. The village is bordered on the East by a large, currently unnamed lake and lies on the main road between Inham Farms and Egomont.   The village is a farming settlement that focuses on grains specifically with a large windmill being its most obvious feature.

Parona is predominantly human and elven in demographic, but it does have the occasional traveller that settles down of a different race. The town is mostly working class except for the lord that finances and controls the land the village is settled upon.

Parona is a feudalistic village with a lord as its official leader. However, most deem the lord as someone who funds the town but doesn't actually run the village. Their unofficial leader is Kelvin Fenwick, a human male who runs the tavern.

The infrastructure of Parona is focused on farming, with a mixture of heavy grain output and animal husbandry to create clothing for local use and trade. They are on a main road so take in a lot of foot traffic between the two major settlements they lie between, therefore they tend to sell a lot of adventuring clothing and rations rather than anything specific or luxury.

Parona hasn't had much of a colourful history until this recent year. There was a tragedy amongst the people when one of the villagers, a young lizardfolk who had travelled down to live in Parona from Barren Moor, sadly perished inside of the windmill she was working at. It is unclear what happened to her but it has shaken the village with grief at losing one of their own.

Parona is on fertile land and has plenty of space to grow crops and raise animals. They have the forest nearby that can provide wood and hunting, as well as the lake on the other side of the town that provides fresh water. 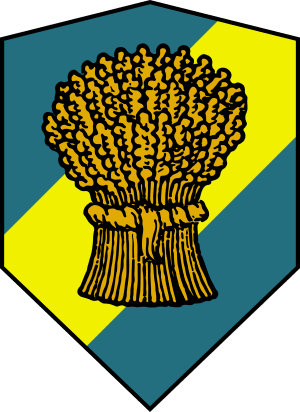 Whatever you do, don't ask what the lake is called...
— Mother talking to a child in Parona
(28th Hivadeb 0 UOK)

Arrasgoth is a custom roleplay setting based in the system of Fifth Edition, created by OncomingShower.   Arrasgoth draws inspiration from many different settings and lore within the Fifth Edition universe as well as other historical settings and events, under the Open Game Licence.   Dungeons & Dragons belongs to Wizards of the Coast and she claims no ownership of it.   All crests and portraits were created at World Spinner using either the Portrait Workshop or the Heraldry Editor.   All headers and cover art created at Canva using free images on their website.
Article template
Settlement
World
Arrasgoth
Category
Minor Settlements in Arrasgoth Locations
Author
oncomingshower
Publication Date
16 Feb, 2021
Creation Date
14 Feb, 2021
Last Update Date
20 Mar, 2021
Visibility
Public
Views
128
Favorites
Comments
0