Cedar Wilds was a small outpost hidden in the middle of Casia Forest that was protected by a magical illusion to keep it hidden from those venturing in the forest. The settlement held a group of retired and hiding adventurers that banded together for many varied reasons.    The settlement was a small hamlet sized camp that had around ten people living inside of it. They had no trade with the outside world and everything was kept within their own community. However, a break in the illusion spell led to The Beacons of Hope stumbling upon their camp after following a dire wolf puppy.    Since the start of the war between the Kingdom of Carowen and the Kingdom of Cosmopolita, Cedar Wilds has been attacked twice and the inhabitants have moved from the outpost to Inham Farms.

Cedar Wilds was made up of adventurers and one child from one of the adventuring couples. They were a mixture of races and backgrounds, ranging from working class up to aristocracy. They became a community together due to the wish to retire from adventuring or hiding from something that they had done. None of them had any wish to branch outside of their bubble.

There was no government in place at Cedar Wilds but Entrydal was seen as their official leader as both the strongest and the person that had set up the camp in the first place. They all deferred to him on decisions within the camp.

Cedar Wilds was originally protected by a large illusion spell that had been placed around the camp to keep it hidden from any wanderers or people searching to hunt them down. They were also defended by the people inside the camp itself as they were all trained adventurers with magic and fighting skills on their side.

The infrastructure of Cedar Wilds was set up as a community that focused on surviving and living within their restricted setting. They helped each other and mainly worked as a refuge for adventurers that no longer wanted to (or could not) adventure.

Cedar Wilds was abandoned due to two incidents that occurred in its history, forcing them to need to move to a safer place.   The first incident that occurred was the dropping of the barrier allowing a pack of werewolves to get into the camp. Thankfully, the camp was protected by the helping hands of The Beacons of Hope and the barrier was restored by rescuing Entrydal from potential death at the hands of the powerful werewolves. This caused the camp to become more vigilant with their barrier that was slowly fading.   The second incident occurred a few months later, trapping the outpost in a time bubble that caused the entire barrier to disintegrate. This time bubble was caused by Entrydal's brother, Rio, working on behalf of an unknown entity. The breaking of the barrier and the already established connection with Inham Farms through Alfyn Weis and Brea caused them to make the hard decision to abandon the camp and move to the farms.

Cedar Wilds had been built within Casia Forest so was surrounding by trees on all sides so they had ample wood supplies. They also were able to tap into the underground water by creating a well and the rain provided more fresh water for them to collect. 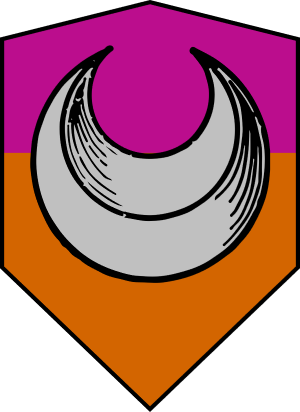 It's been a lot quieter since Brea and Maura left!
— Ulenas to Entrydal
(13th Etemili 1 UOK)

Arrasgoth is a custom roleplay setting based in the system of Fifth Edition, created by OncomingShower.   Arrasgoth draws inspiration from many different settings and lore within the Fifth Edition universe as well as other historical settings and events, under the Open Game Licence.   Dungeons & Dragons belongs to Wizards of the Coast and she claims no ownership of it.   All crests and portraits were created at World Spinner using either the Portrait Workshop or the Heraldry Editor.   All headers and cover art created at Canva using free images on their website.
Article template
Settlement
World
Arrasgoth
Category
Abandoned Settlements in Arrasgoth Locations
Author
oncomingshower
Publication Date
17 Feb, 2021
Creation Date
5 Feb, 2021
Last Update Date
13 Mar, 2021
Visibility
Public
Views
136
Favorites
Comments
0