Smallhallow is a small town to the North of Arrasgoth, found to the West of Cedar Wilds and Casia Forest. The town lies on the main road between Inham Farms and Hamlet on Casia Main.    The town is an urban settlement that focuses on the development of a variety of different kinds of syrups for food.

Smallhallow is predominantly a mix of halflings and humans, with the humans running the farms for the grains and the halflings running the processing of the grains into the syrups. They most keep to themselves in their racial communities but help each other out quite often. The town is mostly working class apart from the merchant guild that sells the syrups, Hallows.

Smallhallow is run as a plutocracy by the merchant guild, Hallows. They own the land and the people pay towards the guild to stay in the town and to work there.

The infrastructure of Smallhallow is focused on the development and trade of the syrups, with a heavy influence on gaining as much wealth as possible from the export of it. The syrups are divided into both luxury and common goods so that the town can have two revenue streams. Their placement on the main road between two major settlements means that the trade is consistent.

The town itself is run by a merchant guild of halflings known as Hallows. Hallows keeps the income the town generate from trade and distribute it amongst the general populace. They are the point of authority for all town disputes and development, as well as the face of the town to the major settlements that they trade with.

Smallhallow has a large land of crops and sugarcane for their syrups which is most noticeable when entering the town. They have Casia Forest to the East that provides them with some protection, and the main road runs through the middle of the town so supplies are a constant. 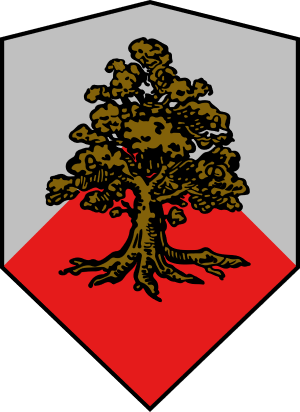 Hallow Worker 1: Syrup, syrup, syrup! Everything's syrup! Why do we need to make buckets of these things, who eats this much syrup?!

Hallow Worker 2: You do know syrup can be used for more things than just condiments?

Hallow Worker 2: And as a great lubricant!

Arrasgoth is a custom roleplay setting based in the system of Fifth Edition, created by OncomingShower.   Arrasgoth draws inspiration from many different settings and lore within the Fifth Edition universe as well as other historical settings and events, under the Open Game Licence.   Dungeons & Dragons belongs to Wizards of the Coast and she claims no ownership of it.   All crests and portraits were created at World Spinner using either the Portrait Workshop or the Heraldry Editor.   All headers and cover art created at Canva using free images on their website.
Article template
Settlement
World
Arrasgoth
Category
Minor Settlements in Arrasgoth Locations
Author
oncomingshower
Publication Date
17 Feb, 2021
Creation Date
14 Feb, 2021
Last Update Date
20 Mar, 2021
Visibility
Public
Views
142
Favorites
Comments
0