Blossoming Sands was a town settled on the Eastern edge of the unnamed lake, not far from Bayvale. The town had a major trade deal with Inham Farms which quickly went sour after the interference of Francis Holliend who had made a deal with a coven of hags at the nearby lake.    The village was mostly burned and razed to the ground by unknown assailants. Half of the town was taken in a deal to the Cryptic Caves, whilst the remaining half lost most of their people due to the fires. Any survivors have since become refugees at Inham Farms.

The town had previously consisted of mostly humans. The families had been settled there for many centuries, with very few leaving the town to venture elsewhere.

Blossoming Sands had been run under a feudalistic system by Lord Tobyn. The inhabitants worked the town and paid the lord to live there. Most had issues with the way the lord was running the town but only Freya Holliend had been known to stand up to him.

Blossoming Sands had no real defences, however it was stationed in a very desert-based area which meant that it was difficult to grow anything, making it less of a target.

Blossoming Sands had traded in fine goods, specifically with Inham Farms, which was a lot of their revenue for the town. They also traded with Bayvale as the nearest settlement to them.

The infrastructure of Blossoming Sands was based upon their trade with Inham Farms. They traded goods to the farm and the farm traded goods back to them. They recently got into the trade of magical items that had washed up on the shore but it was discovered that most of them came from the coven of hags nearby.

Blossoming Sands had a history of being home to troublemakers, with the Holliend family being known for being the main culprits. They were often at odds with the ruling lords of the land but it never went further than an exchange of words and threats.    The town became abandoned and ruined recently after an incident involving Francis Holliend. He made a deal with a coven of hags that had moved into the lake nearby to make sure his family prospered. This snowballed into half the town being sold into forced labour and sent across the land to the Cryptic Caves.   Whilst they were gone, half the remaining town was burned, inhabitants as well, and the only remaining population were a handful of common folk. The lord perished in a fire as well at his estate. It is unclear who started this but it forced the people to move to Inham Farms as the safest settlement and under the guidance of The Beacons of Hope.

Blossoming Sands was in a desert-based area of Arrasgoth so not much could grow here. They were near a lake so fresh water was plentiful, but the lack of food resources often lead to breeding animals for food and trade with their neighbours. 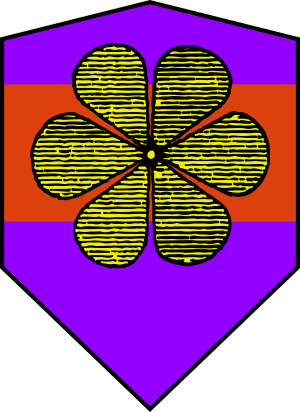 Villager 1: You know what this town needs...a bakery.

Villager 1: Yeah but like, a fancy bakery! Cakes, scones, donuts!

Villager 2: Where's this sudden need to bake come from?

Villager 1: After I visited your MUM! HA!


— Two villagers outside of a bakery shop
(2nd Tomifin 0 UOK)

Arrasgoth is a custom roleplay setting based in the system of Fifth Edition, created by OncomingShower.   Arrasgoth draws inspiration from many different settings and lore within the Fifth Edition universe as well as other historical settings and events, under the Open Game Licence.   Dungeons & Dragons belongs to Wizards of the Coast and she claims no ownership of it.   All crests and portraits were created at World Spinner using either the Portrait Workshop or the Heraldry Editor.   All headers and cover art created at Canva using free images on their website.
Article template
Settlement
World
Arrasgoth
Category
Ruined Settlements in Arrasgoth Locations
Author
oncomingshower
Publication Date
20 Feb, 2021
Creation Date
5 Feb, 2021
Last Update Date
20 Mar, 2021
Visibility
Public
Views
164
Favorites
Comments
0