Teyrnas Seren is the capital of Arrasgoth, found on the southern boarder of the Achad Region. It is a fully walled city that can only be accessed through three main roads and the docks which are heavily guarded in different ways. Teyrnas Seren translates from draconic into 'Star Kingdom' and was named by the first King of Arrasgoth, Daelar Weis, after The Union of the Kingdoms. It is home to some of the most important people of the entire continent, including the royal family.   The city is split into tow areas; a lower district and an upper district. The city's walls are watched at all times by town guards in the lower district and paladins in the upper district. You can enter the city fairly if you show no signs of untoward behaviour, but getting into the upper district requires a direct reason and normally a high diplomatic position or reason.   The lower district homes most of the trade and economy for Teyrnas Seren. There is a shop for almost every occasion and the prices are respectable. The streets are watched over by city guards who train within the barracks in the lower district. The lower district is home to most of the population of Terynas Seren, with a specific habitation area put in for houses for the people to live in. It is constantly being rebuilt and adapted to compete with the demand for living space. There are talks of building another wall around the city to make a housing 'ring' to provide more space.   The upper district is a lot more elegant and upmarket, perhaps the most opulent area of Arrasgoth itself. There is barely a speck of dirt to speak of and the area is patrolled regularly by the King's paladins, Sêr Gwir. Entering this area is almost impossible without written permission from someone who already lives or works there. The upper district contains many fancy shops, containing items that cost a lot more and are a lot rarer. The focus in this area is on the more expensive and elegant than everyday supplies. It is also the home to Carowen Castle where the ruling family live. The upper district also homes the barracks and training grounds of the King's paladins, as well as their living quarters. It is constantly busy, with men and women always seen training at most times of day. 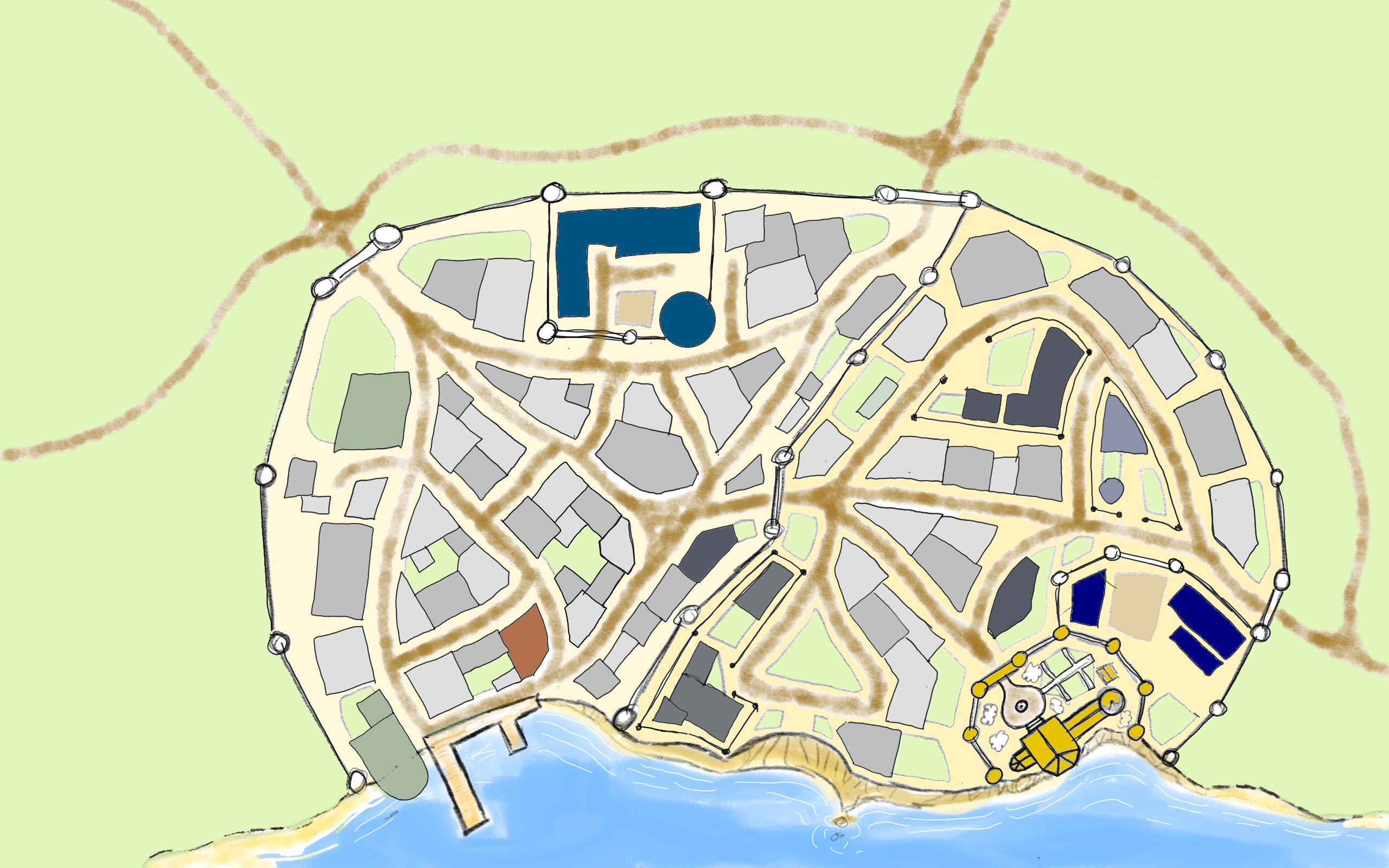 Arrasgoth is a custom roleplay setting based in the system of Fifth Edition, created by OncomingShower.   Arrasgoth draws inspiration from many different settings and lore within the Fifth Edition universe as well as other historical settings and events, under the Open Game Licence.   Dungeons & Dragons belongs to Wizards of the Coast and she claims no ownership of it.   All crests and portraits were created at World Spinner using either the Portrait Workshop or the Heraldry Editor.   All headers and cover art created at Canva using free images on their website.
Article template
Settlement
World
Arrasgoth
Category
Major Settlements in Arrasgoth Locations
Author
oncomingshower
Publication Date
18 Dec, 2022
Creation Date
18 Dec, 2022
Last Update Date
18 Dec, 2022
Visibility
Public
Views
34
Favorites
2
Comments
0
Work In Progress