Cliffdale is a large city on the Eastern coast of Skegring Sands, found in the Breole Region. It has only recently expanded in the last month due to an influx of workers.   The city is a desert settlement that focuses on the cultivation and trade of silk.

Cliffdale has a myriad of different races within its walls but it also has a small population of devils in disguises within its mix. There is a high proportion of humans and elves that work here, but any race is welcome to join the workforce. There is no class structure in place among the general populace but the deputies, Beltari and Inrali have more social standing than anyone else that the people know.

Cliffdale has an interesting government structure. On the surface, it is run as a plutocracy with 'The Boss' as the financer of the operation. The common populace have never met 'The Boss' in person or know of his name.   In reality, the town is run by an archdevil who owns the entirety of the souls within. Though he appears to cause them no harm, and they want for nothing, the contracts they signed were created so they would miss the fine print of the situation.

Cliffdale trades in the biggest commodity of Arrasgoth: sugar. It is used in everything ranging from potions to cooking. They are the only place in Arrasgoth that can cultivate sugar to such a high degree and high quantity, meaning they have a complete monopoly on this trade. They trade across the entire continent but recently the trade has come to somewhat of a halt since the new boss took rule.

The infrastructure of Cliffdale is focused around the making of sugar and not much else. There is little entertainment in the walls and there is no tavern as the entire city does not drink alcohol. They also do not let people within their walls without written permission from a higher authority, or if you sign a contract to join up to work in the factories.

There are two factions with Cliffdale at present time, though one is in the process of leaving the town after being caught in the contractual obligations of the city's ruler. The factions are The Royal Guard, a group of fallen paladins who were the defenders of Sir and Skegring Sands, and the Nine Hells themselves.

The most recent history of Cliffdale comes from the usurpation of the previous ruler by Valus. Once he had taken control, the town itself was swept up in a storm of contracts, legally binding their souls to Valus once they died.   As is often the case, The Beacons of Hope attempted to settle the situation and free the town, but were unsuccessful. They were able to change the terms of the contracts and free The Royal Guard but not much else could be done.

Cliffdale has want and need for nothing due to the influence of infernal magic that they are unaware of. They have plenty of fresh water from a seemingly always full well, food growing in an arcane greenhouse, and shelter for every person. 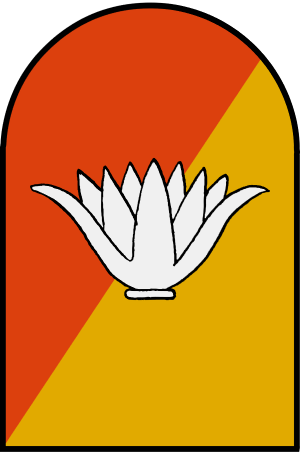 Arrasgoth is a custom roleplay setting based in the system of Fifth Edition, created by OncomingShower.   Arrasgoth draws inspiration from many different settings and lore within the Fifth Edition universe as well as other historical settings and events, under the Open Game Licence.   Dungeons & Dragons belongs to Wizards of the Coast and she claims no ownership of it.   All crests and portraits were created at World Spinner using either the Portrait Workshop or the Heraldry Editor.   All headers and cover art created at Canva using free images on their website.
Article template
Settlement
World
Arrasgoth
Category
Minor Settlements in Arrasgoth Locations
Author
oncomingshower
Publication Date
8 Apr, 2021
Creation Date
20 Mar, 2021
Last Update Date
8 Apr, 2021
Visibility
Public
Views
106
Favorites
Comments
0