North Rock is a small hamlet to the North of Arrasgoth, lying at the foot of Mount Oldlade. The hamlet is framed by the mountain range of the Rugged Highlands and is not far from the large settlement of Inham Farms.   The hamlet is a farming settlement focusing on herbs for medicinal and other purposes. The hamlet houses only a handful of families and most have lived there all their lives. They have recently been struggling with a bandit group coming down from the Rugged Highlands.

North Rock is predominantly made up of a population of herbalists and druids, most coming from the same family groups or wanderers looking for somewhere to settle down. They are all working class and form a community together.

North Rock is run as a community and has no official leader, though many refer to the eldest members as their official voice when they need to be heard.

The infrastructure of North Rock is focused on herbalism and not much else. They are shielded by Mount Oldlade which provides the town with shelter from the bitterly winds from the North but the hamlet has no real stylistic build to it.

North Rock does have a good tourism trade due to how close it is the Mount Oldlade and a cave system known as the Cryptic Caves which is a hotspot for brave adventurers. However, the current issues with bandits has made tourists less keen to come and visit.

North Rock is found upon quite a rocky base which can make it difficult for crops to grow and the ground is difficult to build upon so the settlers have had to adapt their buildings to be able to build safely and securely. It does not have any natural sources of water so the hamlet has a well that taps into the mountain water underground. They are at risk of avalanches from both snow and rocks when there is particularly bad weather in the winter months. 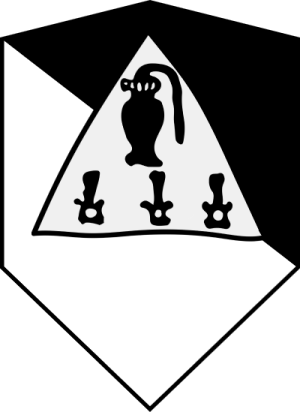 Villager One: Remember the winter of 98? Everything got crushed by that rockfall.

Villager 2: And if it wasn't crushed, it was smothered by that snow. That was a hella lot of snow. Made my biggest snowman that year!
— Two villagers overheard in a tavern in North Rock.
(11th Etedeb 0 UOK)

Arrasgoth is a custom roleplay setting based in the system of Fifth Edition, created by OncomingShower.   Arrasgoth draws inspiration from many different settings and lore within the Fifth Edition universe as well as other historical settings and events, under the Open Game Licence.   Dungeons & Dragons belongs to Wizards of the Coast and she claims no ownership of it.   All crests and portraits were created at World Spinner using either the Portrait Workshop or the Heraldry Editor.   All headers and cover art created at Canva using free images on their website.
Article template
Settlement
World
Arrasgoth
Category
Minor Settlements in Arrasgoth Locations
Author
oncomingshower
Publication Date
14 Feb, 2021
Creation Date
3 Feb, 2021
Last Update Date
29 Aug, 2022
Visibility
Public
Views
130
Favorites
Comments
0