Cardnum was a large city found to the South of Thornwood Falls within the mountains of the Hollowed Cliffs. The city was once one of the biggest settlements in Arrasgoth and a major player in the Council of Capitals.   The large city was completed ruined by arcane mercury poisoning causing the death of all but two of the dwarves still alive in Cardnum. It is believed that the mercury poisoning came from a living mercury ooze that The Beacons of Hope have since dealt with. The city has now been abandoned and has remained poisoned for over 1000 years. It shows little sign of recuperation.

The large city had housed only dwarves and had the biggest population of dwarves in Arrasgoth. Most of the dwarves found in other areas of the continent would have originally come from Cardnum, whether by their parents or grandparents.

Cardnum had been run as an oligarchy and had a council that decided on the ruling of Cardnum. However, only Tilly Silveraxe remained alive from Cardnum after the mercury poisoning, who was one of the members of the oligarchy.

Cardnum was defended by the extreme weather and the fact it was high up in the mountains. Though it had a main route into the city, the weather tended to only allow some people to stay for a small amount of time as it is freezing temperatures there. They also had an arcane ward in place that could be used as a defensive measure against many different things in an emergency.

Cardnum's main industry was the gems that the dwarves mined out of the mountains. It was the biggest trade of precious gems and thrived off of the constant network of gems that were needed for spellcasters across Arrasgoth. It also was the go-to place for custom jewellery and had a heavy trade in rings.   The metals were also important as it was one of the only places that could get a lot of precious metals in one place. The dwarves of Cardnum were known as the best miners and only the best quality could be found here.

The infrastructure of Cardnum had been based upon mining into the Hollowed Cliffs and the trade of precious stones found there. The housing was focused on keeping in warmth and protecting from any issues of snow running down the mountains. It still has an arcane ward around the town in case of an avalanche so that the town is not covered under rubble and snow.

Cardnum originally was the biggest city in Arrasgoth, perhaps even bigger than Egomont itself. It housed the large majority of dwarves in the continent and had been the proud home for many generations.   After the discovery of the Darkness in the Cardnum Mines, some protection was put in place but this was not enough to stop the quick cascading downfall of the dwarf capital. The Darkness infected the mines, creating pure mercury that poisoned the water system and ecosystem of Cardnum. Every dwarf that was living in Cardnum was poisoned and died within days, except for Tilly Silveraxe who was left alive, and Tordek, the merchant and disguised guardian naga.   The town has been left abandoned and poisoned still, but the mercury ooze that was created was destroyed by The Beacons of Hope. 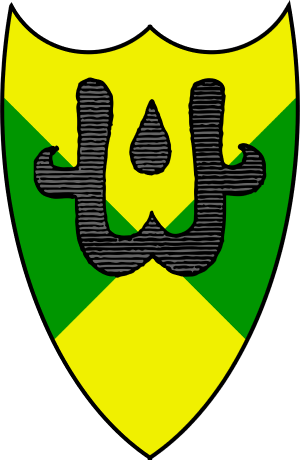 Arrasgoth is a custom roleplay setting based in the system of Fifth Edition, created by OncomingShower.   Arrasgoth draws inspiration from many different settings and lore within the Fifth Edition universe as well as other historical settings and events, under the Open Game Licence.   Dungeons & Dragons belongs to Wizards of the Coast and she claims no ownership of it.   All crests and portraits were created at World Spinner using either the Portrait Workshop or the Heraldry Editor.   All headers and cover art created at Canva using free images on their website.
Article template
Settlement
World
Arrasgoth
Category
Ruined Settlements in Arrasgoth Locations
Author
oncomingshower
Publication Date
25 Apr, 2021
Creation Date
29 Jan, 2021
Last Update Date
30 Jul, 2022
Visibility
Public
Views
118
Favorites
Comments
0