played by A. Glaude

Much is yet unknown about Johann. However, he does seem to be out to give bards a good name. This may be no easy feat, as there seems to be an innate distrust and dislike for this profession among his fellow party members. No one knows why.

I make it smell like pumpkin spice for these basic white dragons.

If killing him were a mercy, he'd have done it himself.

I DO NOT MEAN THE HORSE.

And All That I Carry

It was Johann's quick thinking with the Invisibility spell that helped The Party rescue the young white dragons near the homestead of Lilli Longshadow. Recognizing that "anything he carried" received the same benefit as himself, he scooped up the two dragons to protect them from the attacking displacer beasts.

One Tug For Yes

In the The Primeval Archive, Johann played a song of charming to earn the temporary alliance of a "ghost" he could neither see nor hear. However, in developing a yes/no system based on tugs of his wrist, he was able to get the ghost's assistance in navigating the library. It's unclear what dangers the party may have faced without this guidance.

During a fierce battle with a couple of bulettes, Johann decided to climb aboard one of their backs. Unfortunately, he only lasted about two and a half seconds before being bucked off and launched fifteen feet in the air. Thinking quickly, Johann clicked the button on his Immovable Rod that he had previously readied and caught himself, hanging midair above the battlefield.

Undeterred, the bulette attempted to leap and attack him, but Johann managed to dodge most of the creature's force. He did this by clicking again his Immovable Rod, causing an immediate drop of several feet. He then clicked it back into place and allowed himself to fall, causing the leaping creature to swallow the entire artifact with its own momentum.

Helpless and in pain, the creature spent its remaining moments stranded in the air before Grihymm Phrahdrandon put it outs of its misery.

Finding himself with some time on his hands after Algernon the Tall established their Tiny Hut sanctuary for a night in The Fellgleam, Johann elected to teach the party's white dragon companions how to speak common...or at least how to say one word in common. In fairness, he did choose an extremely versatile word.

Somehow, despite having a surprising amount of difficulty remembering the town's name, Johann managed to convince a skeptical King Cyrus not only of his regular travels through Witchmill, but also that he was among the most affluent traders in the region. With the help of a 10lb. chunk of gold (as conjured by his friend Algernon the Tall), Johann relieved Cyrus of one foot of Threads of the Old Weave and an invitation back to view the more potent magical items that Cyrus's divers had recovered from The Deep.

Why Don't You Have a Seat Right there?

Upon meeting Vornaar, Johann offered the druid a seat, which he summoned himself for the dragnborn to use. Vornaar, being polite and grateful for the opportunity to take a load off, found himself plopped down in the mud a moment later, having fallen right through the magical chair that Johann never intended to let him use.

The Funniest Joke Ever Told

Johann once told a joke so funny that a pseudo-warforged adversary--who was physically incapable of laughter--spent an entire battle on the floor convulsing. It "laughed" so hard that neither physical violence nor the heating of its metal body to intense degrees managed to disrupt its mandatory joy. The entity would literally die laughing.

Johann (with the help of Faewynn) convinced the proprietor of a cartog shop in Necine to accept the "Gem of Ammondale" in lieu of coin.

In point of fact, the gem was a mere bauble picked up from a streetside stall for less than a few copper. However, when Johann shook it back and forth in the air while Faewynn surreptitiously cast Thaumaturgy from somewhere behind, the effect was impressive.

The vendor now under the impression that the gem had impressive magical properties--agreed to exchange one of his midrange mnemomantic maps for it. When he discovered this to be a ruse, he ran out of his shop and managed to make eye contact with Grihymm Phrahdrandon as the group departed--most of them unaware of the scam that Johann and Faewynn had pulled.

This would set in motion a series of events resulting not only in the vendor's death, but also the party's meeting Inibis Valmeia.

Thanks to his noble birth, people are inclined to think the best of Johann. He is welcome in high society, and people assume he has the right to be wherever he is. The common folk make every effort to accommodate hi, and avoid his displeasure, and other people of high birth treat him as a member of the same social sphere. He can secure an audience with a local noble if necessary.

Johann has been known to billow his cloak as the occasion calls for it (and it often does).

He also speaks with a German accent. No one seems to find this strange, as Germany is an entirely real place in Acaelica--its accent perfectly common in this land. 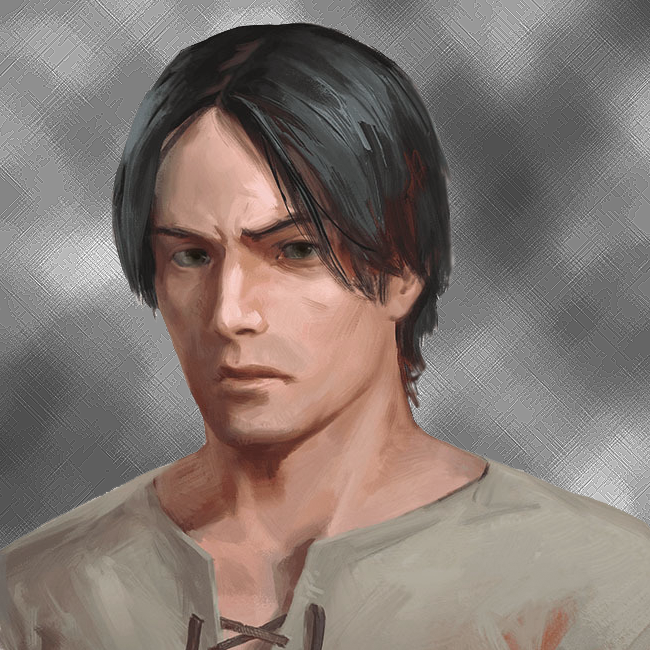