Grihymm is a paladin of Pelor and the moral heart of The Party, constantly attempting to keep them grounded in their unfamiliar surroundings (and occasionally succeeding). He goes out of his way to protect his friends, and his greatsword and lightning breath have meant the end for an ever-growing list of foes.

In exchange for her breaking his Curse of Crossbones, Grihymm agreed to relinquish "a blessing" to Sinfarena. This cost would prove to be the first hint to the party of the extent of the hag's cruelty, as Grihymm would find himself unable to feel the warmth of the very sun that had hitherto so guided his life. True to form, he internalized this struggle, and carried on in Pelor's name nonetheless.

Following The Kor Ellin Massacre (where Sinfarena's evil truly began to manifest), Grihymm found he had been pressed one step too far. After taking some time to absorb the events and process them, and while standing beneath a perfect Necine sky, Grihymm beseeched Pelor to allow for an alteration of his oath. Foregoing his Oath of Devotion, Grihymm undertook a new Oath of Vengeance against Sinfarena and his god accepted.

Following immediately his new sense of purpose, however, came the inescapable sensation that Sinfarena herself was smiling somewhere in the distance.

After The Party narrowly escaped The Primeval Archive's private athenaeum, the undying sentinels that guarded the room attempted to force back open the doors keeping them inside. Grihymm managed to overcome their attempts by forcing the doors closed, allowing his companions to lock them safely.

Stop Staring at Me

After their successful capture of Roach the nothic, Grihymm was the one who had to withstand the creeping dread of its invasive gaze. Standing before the bound creature, he allowed Roach to search his memories and relay them to Lilli Longshadow, allowing her to learn information about The Party and Crossbones that their curse prevented them from sharing.

After Johann VonGruppen managed to impale the stomach of a hostile bulette using an immovable rod, the creature spent a short time floating fifteen feet above the earth. After hearing its cries of pain as it struggled in vain to save itself, Grihymm Phrahdrandon called upon the might of his god Pelor to kill the beast in one magnificent swing. Although he buried Johann and some friendly white dragons in gore and viscera, it was all the same an impressive--and thoughtful--gesture.

As an acolyte of Pelor, Grihymm commands the respect of those who share his faith, and he can perform the religious ceremonies of the Dawnfather. He and his adventuring companions can expect to receive free healing and care at a temple, shrine, or other established presence of his faith, though he must provide any material components needed for spells. Those who share his religion will support him (but only him) at a modest lifestyle.

He might also have ties to a specific temple dedicated to Pelor. While near this temple, he can call upon the priests for assistance, provided the assistance is not hazardous.

Grihymm prepares each morning with a small ritual to his god. 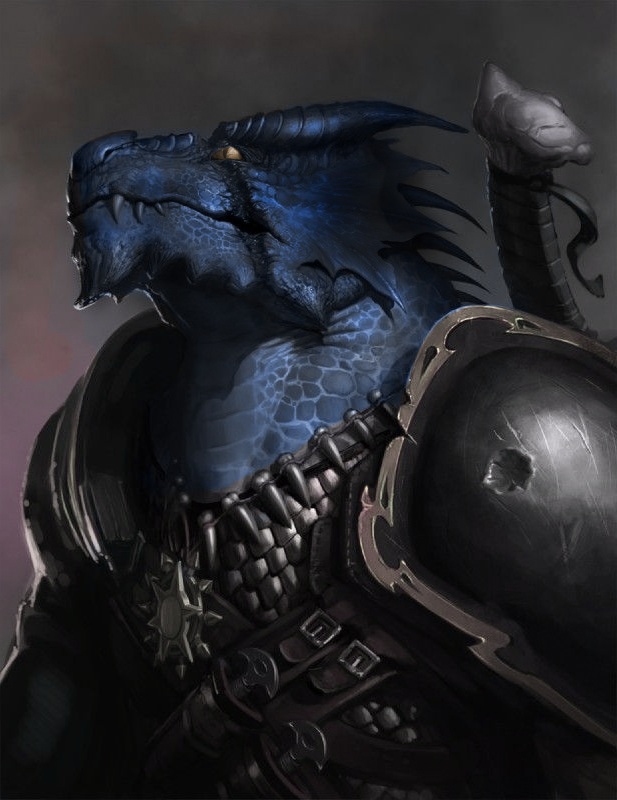