Odac is an enigmatic Vedalken wizard ostensibly in the employ of Zauroth Bonecarver Aku-Vegali. He is responsible for The Party's unexpected arrival in Crossbones.

After being led back to the camp by the party, Crook, Racket & Shyster vanished with their presumptive boss, Twig Treefog. The group would learn shortly after that the four had apparently managed to steal Odac's collected Threads of the Old Weave.

Although the size of the collection is not known, Odac was visibly ready to annihilate the party over its loss. Mercifully, Khol Nazalk intervened on their behalf. 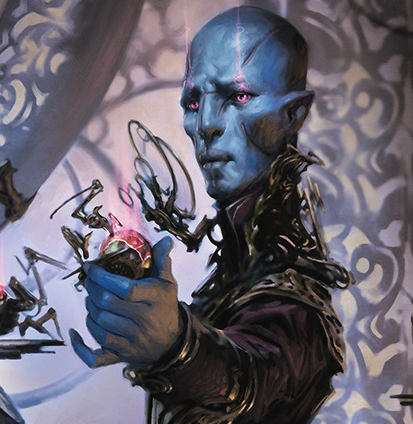