Walcott is a dwarven blacksmith from the town of Witchmill. With his wife Lorna, he operates Walcott's Smithy--the town's primary source for its smithing needs. He seems to be a capable smith and well-liked in Witchmill, though many suspect that his wife is the truly talented one.

Walcott was extremely enamored of Murmus Bigtoe immediately. He was visibly impressed when Murmus claimed he needed to work on some armor for his new friend Castian, and was entirely speechless when he revealed his planned meeting with Lady Mallory the following day. Walcott was pleased to drop everything to allow Murmus to begin work immediately, and his fondness for the dwarf only increased as he watched him work.


He and his wife both seemed to recognize the symbol on Murmus' unique armor, though neither could place it exactly. 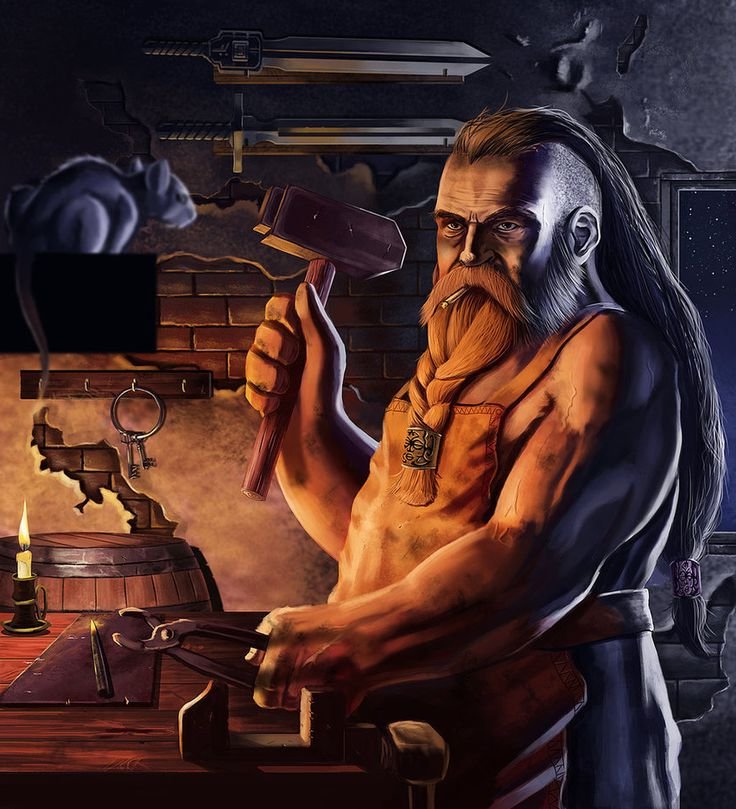