DESPITE my outward appearance, I remain Anselenicus Repudarte Tolthik: Heir to Highscale, prince of the Sierra Obsidia, and lord imperator in absentia of the divine and eternal dragonlands. You will address me with the the deference warranted by my station.

“My lord” will suit.

Anselenicus is a boggle with an extremely loud and domineering voice. He claims to be a dragonborn, though his diminuitive (and fairly disgusting) appearance would seem to conflict with that assessment. He met the party while leading an ill-fated attack on Sunhallow, having apparently sworn revenge upon the Autumn Queen for some unexplained slight. After being captured during this failed attack alongside The Party themselves,

Importantly, it was his ability to reach through self-made "rifts" in space that enabled the party to retrieve The Book of Leaves. Reaching beyond the book's protective barriers, the boggle pulled the book through the rift and flipped through it. However, he found it "pointless" and tossed it to the floor, from which Grihymm Phrahdrandon retrieved it and placed it into his bag of holding.

Anselenicus was last seen in the company of the feyborn goblins of Finders Keep. The party left him behind as they went to rendezvous with Sinfarena. He seemed fine with this outcome, as his parting words were "This army will do."

Anselenicus first met The Party at the base of Sunhallow, where he was leading an attack against some owlbear-riding guards at the base of the stone tree. Commanding a large army of twig blights (which were proving to be no match at all for the guards), Anselenicus was running around and shouting "orders" which amounted to little more than "Keep attacking!"

Upon noticing the party (whose giant maple seed aircraft had just landed nearby), he commanded them to assist in the assault. He further explained that the army of blights was his, and reflected his 378th attempt on Sunhallow. Evidently, he was seeking revenge on the Autumn Queen, though he did not explain why.

Johann VonGruppen offered to assist his entry into the city by making him invisible. Anselenicus seemed to think that this was a capital idea which he had not heretofore considered. Accepting the Invisibility spell, the boggle sneaked by the guards and reached the spiral path constructed along the Sunhallow tree. However, it was at this time that Johann dropped concentration on the spell, revealing Anselenicus' triumphant march up the path.

One of the guards soon managed to spot him and broke away from the fight to capture Anselenicus--who had not yet realized he was visible. The guard confiscated some item from his quarry (though the party was too distant to identify what it was), and held the boggle aloft as the army of twig blights collapsed immediately to the ground. The guard then finally noticed the party, standing awkwardly across the sea of lifeless sticks now at their feet.

After the guards mistook the party for associates of this boggle, the entire group was led to a strange prison cell within the Sunhallow tree, where they were locked behind some "prison bars" of magical light (later revealed to be the same substance as the mysterious cube that Vornaar had given to Johann). Each of the guards individually refused to remain behind to watch the group, insisting they would not miss out on the glory that surely awaited them. Leaving them in the care of a randomly-selected dwarf (whose appearance and demeanor were more elven than dwarven). This particular dwarf seemed exhausted and disinterested, and (showing the same confidence in the prison cell previously shown by the guards) he swiftly fell asleep.

After Twig Treefog (who had gone undetected within Murmus' beard to this point) escaped and retrieved a scroll of Teleportation Circle, Anselenicus insisted on escaping with the party, accepting their plan to first steal something from the Queen as laudable. 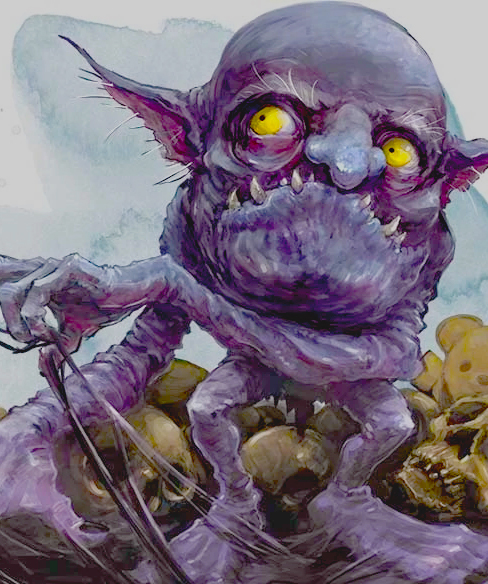