Karios is Acaelica's preeminent (and only) adventurers guild. It is furthermore Acaelica's singualar trans-continental enterprise, with "chapters" appearing within a few miles of almost any given major settlement. Founded in the first year of Common Reckoning, Kairos is also the oldest surviving institution on the continent.

It is often incorrectly referred to as "The Kairos Guild," a moniker which the organization has never officially used. In fact, the guild owes its name to the original Kairos scholars who unified Acaelica under a single calendar.

Kairos lends its name to the band of nameless scholars who, in the final decades of what has since been called Wild Reckoning, traveled across Acaelica with the goal of establishing a single calendar for all. The enterprise was conducted with the express purpose of enabling future generations to cross-reference historical documents according to a shared timeline. Prior to this, a melange of unconnected forms of timekeeping across Acaelica made historical research extremely difficult, as the precedence of a given event was nearly impossible to determine with certainty.

These scholars managed to overcome Acaelica's tribalistic identity with the help of an evolving and rotating cast of warriors and adventuring parties who helped to enforce their reformations whenever diplomacy failed. Although today they are revered as heroes by the average citizen, these adventurers were at the time feared by most. In fact, they often amounted to little more than thugs who valued only the opportunity to demonstrate their strength.

The scholars who survived the decades-long quest helped to found Kairos as it exists today, lending it the name they themselves had used to underscore its legitimacy. Using the connections and relationships they had accrued, they had hoped to form a kind of police force for their newly adopted calendar. However, recognizing the impossibility of maintaining a unified regime across Acaelica, they gave their creation the shape of an adventurers guild, whose continued membership and influence could be self-perpetuating.

The guild operates as a hub for facilitating discreet, private services for those with the coin to afford them. These have demonstrably ranged from the simple oddjob to the assassination of public figures. In all likelihood, the guild's work encompasses more besides. Through Kairos (and with adequate funds), one can hire out champions to one's cause, whatever it may be.

The central management is highly cabalistic and private, which is true in many ways of the guild itself. Although the operation of individual chapters is undeniably identical from place to place (with the same staff apparently at every location), little is understood about the power structure behind it all. The identity of the true leaders of Kairos has never been disclosed and any dissemination of data related to the guild is met with open hostility from its members. These factors each contribute to a deliberate absence of veriafiable truths about the guild's inner-workings (despite the notoriety of its exploits and ubiquity of its influence).

As with much of its internal workings, the true process to join the guild is a tightly-guarded secret. Passing an aptitude test is the first step, which is known to be competitive and in some way graded to account for a member's initial "level" within the guild. These tests takes place on the first day of every arc.

There is also a highly secretive initiation ceremony. Accounts of this have allegedly leaked over the years but they vary in detail and have always remained unsubstantiated. Regardless of the character of those who join Kairos, they unerringly protect its secrets thereafter.

The core tenets of the guild have remained unchanged since its founding. However, with over 1000 years having passed since that time, they have been "weighted" differently. For example, the protection of the calendar is no longer considered paramount in a world where that calendar is firmly entrenched and unthreatened. 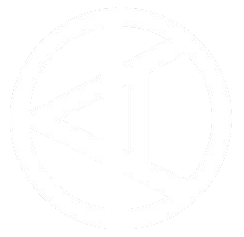 The passing instant.
Ours and always.