Lorna was a dwarven blacksmith who lived in Witchmill with her husband, Walcott. Together, the two operated Walcott's Smithy. Lorna was responsible for the smithy's administrative aspects while her husband would handle most of the smithing. Despite this, her own talent was often said to surpass his.

Lorna was tragically killed during The Kor Ellin Massacre at the unwitting hands of Algernon the Tall.

While Murmus was spending the night at Walcott's, Lorna told her guest and new friend Murmus Bigtoe that the Bigtoe brand--visibly displayed on Murmus' armor--seemed familiar to her.

She recounted a tale from her youth about having seen it in an old textbook that she had studied to prepare for an exam. Apparently--and unforunately for her--the textbook was quite dated even then, and she failed her test as a result. However, the mark did seem distinct, even if she couldn't quite recall many details about it.

When the party traveled with Lorna to investigate her mother's disappearance from Kor Ellin, Murmus was able to locate the very book Lorna had described to him. Stored among other keepsakes in Mathilde's basement, Ironworks and Armorsmithing, proved to be of no practical value to Murmus whose own smithing skills far surpassed the simple ones detailed in the book. He was moreover confused why such a book would even exist, when obviously smiths should be trained by masters, and not by books.

As Lorna had remembered, he did indeed spot several pieces of art in the book (included ostensibly as examples of the techniques described) that featured the Bigtoe brand. Combined with the book's obvious age, Murmus also noted the inclusion of a number on the book's first page, which simply read "2177|06|05." Murmus immediately recognized this number as a date, an assertion which Lorna could not help but reject given the present year of 1166.

The Search for Mathilde

Soon after The Book of Leaves indicated the possibility of the party catching up with "three undead librarians" in Kor Ellin, Lorna beseeched Murmus and his friends for help investigating a dire situation with her mother, Mathilde.

It seems that Mathilde lived in Kor Ellin and that she corresponded regularly with her daughter. However, Lorna explained that the last several messages she received were worrying, dealing with townspeople acting strangely and even outright disappearing. Soon after, Lorna stopped hearing from her mother altogether, and this made her certain that something was wrong. Murmus happily agreed to help and the party acquiesced.

The party then used their connections to Janice and Cid to arrange for airship travel directly to the town, which was located some distance away to the southeast. Before their departure, though, Walcott approached Murmus and insisted he promise to return Lorna home safely. This was an oath that Murmus would happily take, oblivious to the true evil that awaited him and his friends in Kor Ellin.

Ultimately, Murmus and the party were able to locate Mathilde. She had been enslaved to the very librarians that the party had previously released from The Primeval Archive during their time with Lilli Longshadow in The Fellgleam. Although the party were able to defeat these foes and cease whatever dark ritual they were attempting to complete in the swamps west of Kor Ellin, the reunion of mother and daughter would be a brief one. As the two joined the rest of Kor Ellin to celebrate the party's success, Sinfarena came to collect her due from Murmus and Algernon, creating The Kor Ellin Massacre in the process.

Between the use of a Gentle Repose spell and Grihymm's Bag of Holding, the party took the corpses of the two dwarves to Necine with the hope of there finding someone to revive them. 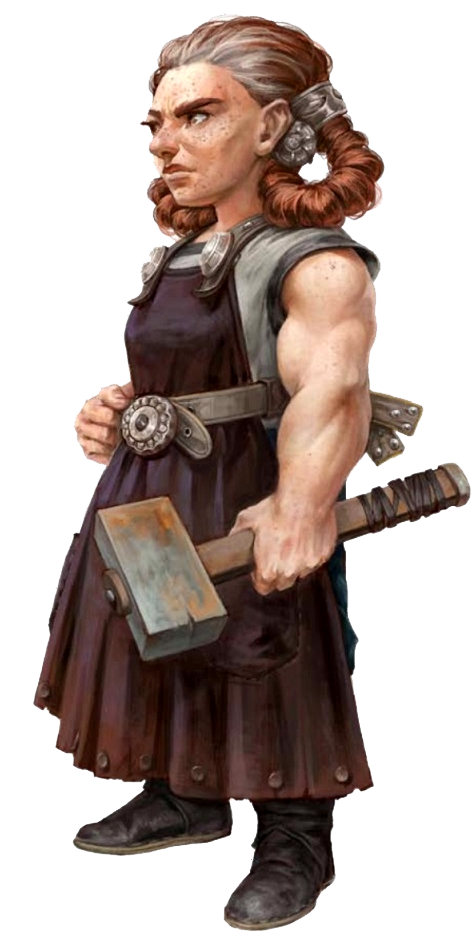