Nearby the home of Lilli Longshadow, The Party intercepted some displacer beasts who were attempting to pray upon two young white dragons.

With Lilli's help (and some quick thinking by Johann), the party was able to rescue the creatures. It is as yet unclear from whence they came, much less how or why they arrived The Fellgleam.

During The Party's adventure in The Feywild, the two dragons were left in the care of Janice at Lady Mallory's tower in Witchmill.

Although the dragons apparently spoke Draconic, Johann VonGruppen took it upon himself to teach them common. He decided his quest was complete upon managing to get the two dragons to shout the word "Fuck!" whenever a specific hand signal was given.

The two have taken to using the term in a variety of different situations, conveying emotions ranging from despondent to frightened to elated. It's amazing what one can accomplish with this single syllable. 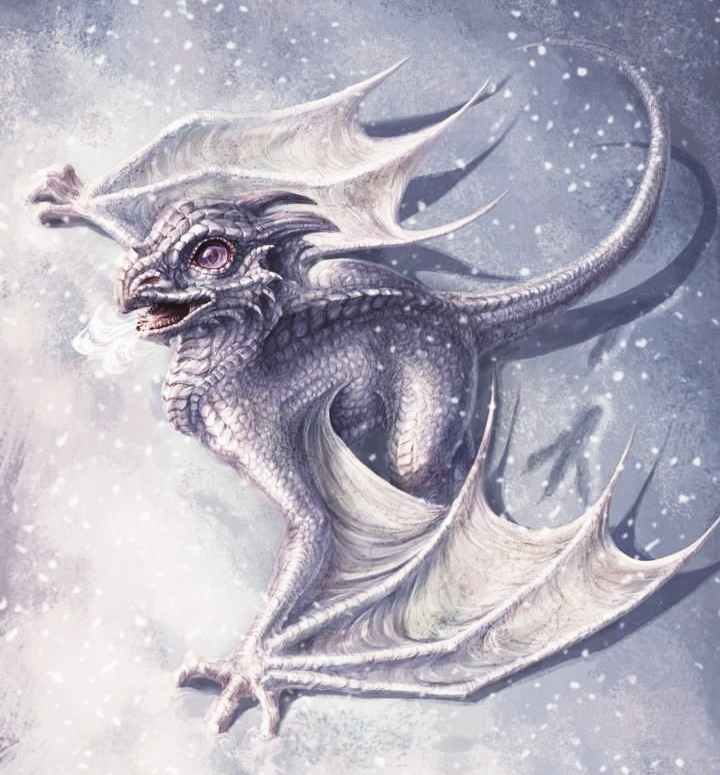