Lilli is a Gnome currently taking up residence in The Fellgleam. Although several of Zau's Raiders had caught sight of her over their time in the forest, none from the camp had personally met her prior to The Party.

Upon overhearing that Murmus Bigtoe was being exiled from camp with his friends, Gillath Naethyra warned her friend about the dangers of venturing to The Feywild by himself. Gillath--making the assumption that one capable of surviving the Fellgleam alone must be well-acquainted with the fey--suggested the party seek Lilli's help as a guide.

With Marin's somewhat begrudged assistance, The Party located Lilli's home. Once nearby, they found some displacer beasts attempting to prey upon two young white dragons. The party intervened in an attempt to rescue them, but were initially overmatched. However, Lilli arrived in time to help, dispatching a few of the beasts herself.

Lilli would invite the group to her home for a more formal meeting, where she would come to recognize The Curse of Crossbones afflicting her guests. She recommended therefore that they seek out the creature once called Rochenion, believing him to be a translator who could reveal the secrets that the curse prevented The Party from sharing. To this end, she provided them a paralysis poison and led them to the entrance of The Primeval Archive.

A sketch of Lilli's face alone would leave the impression that the drawing was of an elf. She has elegant features and is considered beautiful by most who meet her. She has long braided hair of a deep, dark green hue--reminiscent of an alpine forest.

Lilli has a fey owl familiar named Solstice, whom she often calls Sol for short. From a distance, Sol appears to be an ordinary (if large) black owl but closer inspection reveals her feathers to be a deep, dusky blue color. 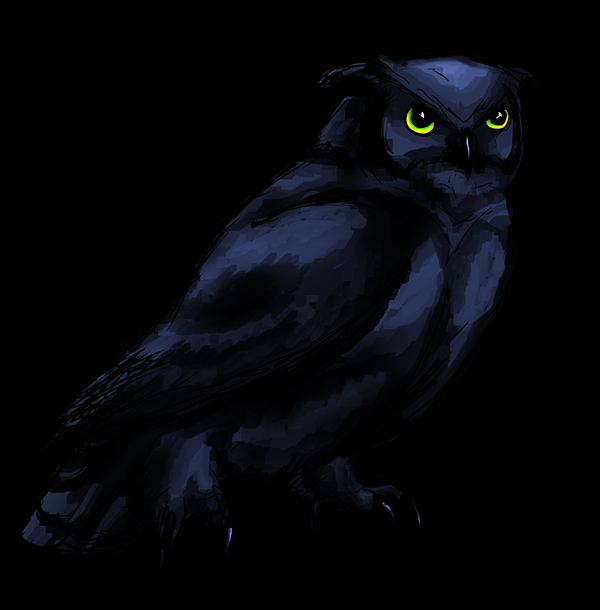 Solstice tends to remain in Lilli's home and rarely joins her on adventures. Although often quite lazy--preferring rest and relaxation to most activities--she is also curious and intelligent. Above all, however, she is independent.

Although she will obey Lilli's every command after a fashion, she can occasionally be stubborn and reluctant to follow orders. This stubbornness can usually be overcome with sufficient food-based bribery, however.

Solstice has an excellent memory and will often travel long distances, returning with vivid descriptions of all that she saw. She often fails to understand the importance or irrelevancy of details, thus sparing none of them when reporting back to Lilli. 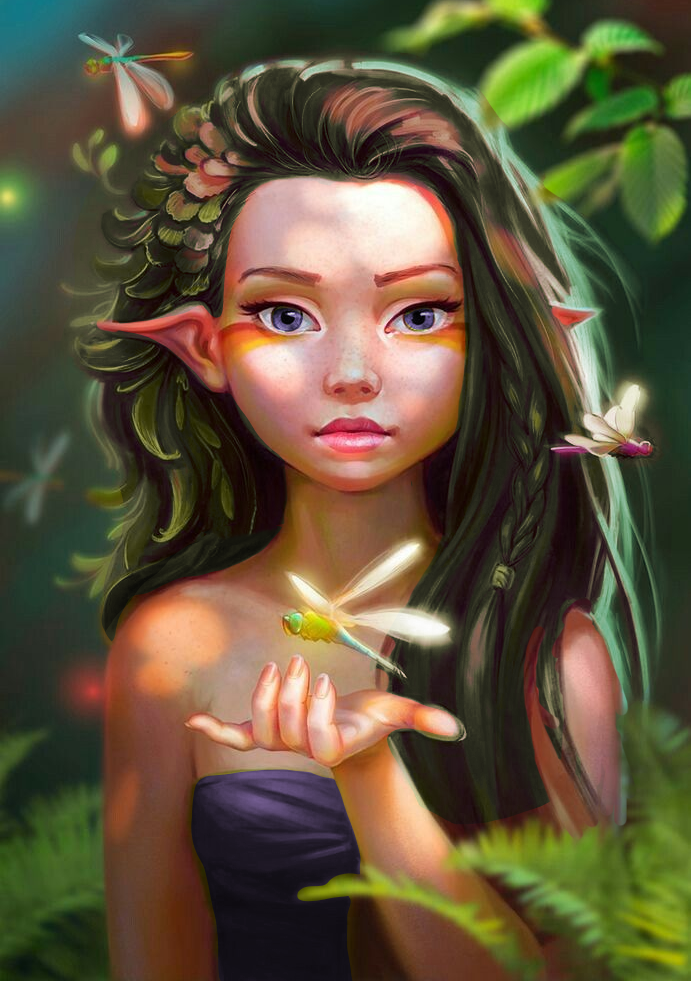