Gillath--called Gillie by some--is an elven cleric of Moradin. She served as master blacksmith for Crossbones before the camp was mysteriously disassembled.

She was kind to the party during their brief time there, though she professed a love for the camp that seemed (at least to Murmus Bigtoe) to be at odds with the place's apparent nature.

Friend to the Party

Instead of executing them--and in order to give the party a chance to atone for unwittingly enabling Twig and his Finders to steal Threads from the camp, Khol chose to exile the party into the dangers of the The Fellgleam. Expecting them, perhaps, either to return with the stolen Threads or to die in the attempt.

Upon overhearing that conversation, Gillath intercepted the group on their way out to offer them advice and assistance, which would ultimately lead them to Lilli Longshadow and their ultimate survival. She also gifted Murmus a Tide Stone amulet for good luck.

Outside of her forge, and on the rare occasions she bothers to clean up her appearance, she is regarded as quite beautiful. More often than not, though, that beauty is buried beneath soot, sweat, and oil. Her hair is usually singed at the edges, leaving black tips where blonde should be.

For all this, the grace of her elven heritage is apparent even in the harshness of her favored environs. 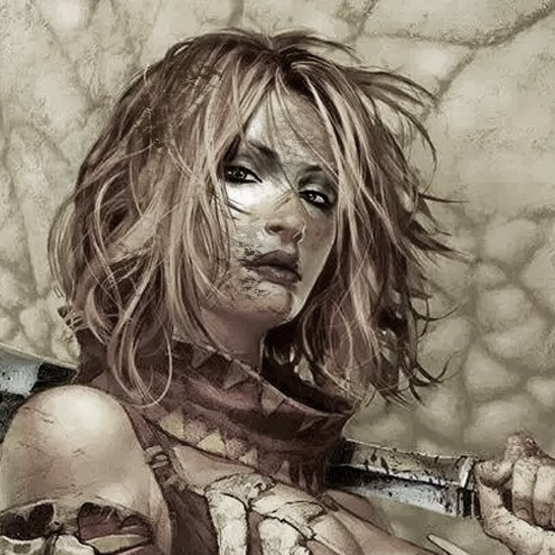