Bossman Gyp is a feyborn gobling and the undisputed chief of Finders Keep. It was at his command (and to his specification) that the Keep was initially built--although no one seems to recall when that was or how it was accomplished.

Gyp is the tallest goblin in The Feywild and he is unlikely to let anyone forget that fact. It is possible that this was how he came to be leader of The Finders in the first place... which seems fair enough, frankly.

The Party met the bossman after Twig Treefog led them through a teleportation circle near the private vault of the Autumn Queen.

After some not-especially-private argument and discourse with Twig, Gyp was convinced to lend the party some Gust Gliders for their return trip to Sinfarena. 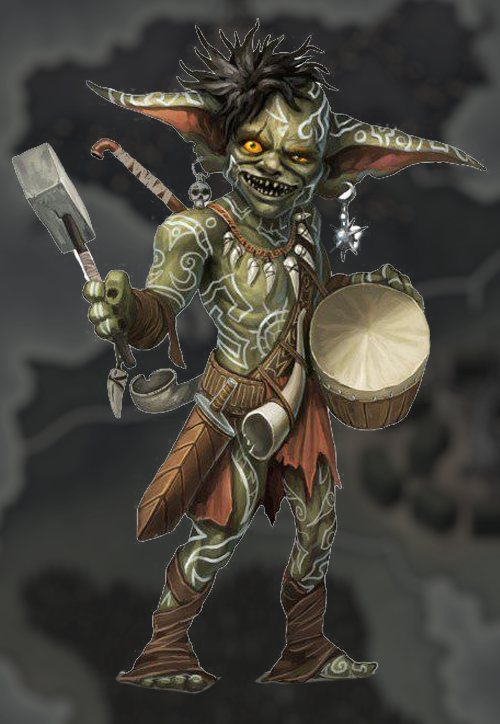