Receiver Panes--oftentimes called Receivers--first appeared in Acaelica in 1166 CR. While inactive, they appear to be ordinary panes of glass, although finely engraved with an intricate rune on one surface. Whle active, however, they transmit visual and audio information from somewhere else on the same plane of existence in real time.

Originally developed as a means for Lady Mallory to more intimately address the Witchmill town council, it was not long before wider applications of this creation were realized. Receivers now appear prominently in locations ranging from taverns, to inns, to town squares and more.

A receiver's rune magically links it to a corresponding "source pane" somewhere on the same plane of existence. This source pane bears an identical rune, but uniquely, it must have been magically carved by the Farcast spell.

While this spell is active, the source pane's rune imbues the glass with sight and hearing. The source instantly transmits all it can see and hear to each correctly-positioned receiver on the same plane of existence. The communication is one-way and non-interactive.

The novelty and rarity of the magic has proven to attract significant business to places that possess even one receiver. Furthermore, the escalation of The Ascension War has seen source panes being used to deliver news of current events to a wide audience. They have even started to be used for entertainment purposes with the creation of regularly-scheduled Farcasts, including Castian's wildly popular Not Far Off.

A source pane can only be magically created by an artificer. During the casting of the Farcast spell, a single source pane is either created or activated. Casting the spell additional times destroys any previously existing sources on the same plane of existence. The source's rune is unique to the spellcaster and cannot be replicated by any other means, as replicas automatically become receiver panes.

A receiver pane can be created magically or by hand, although it requires an extremely meticulous attention to detail. The fidelity of the replica affects the quality of the sights and sounds produced by the receiver, and the margin for error is tight. Deviate too far from the source pane's rune, and the receiver will not function. 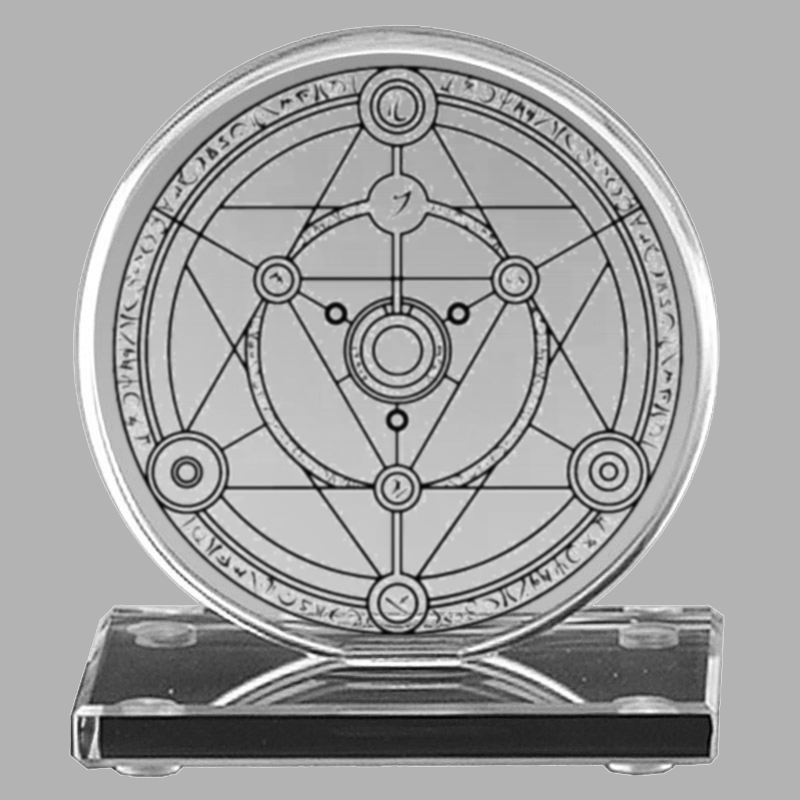 Access & Availability
Receiver Panes are a rare luxury. Those who can craft them are few, and so too are those who can afford them.

This is literally BRILLIANT! Love the idea and detail.