Az'Amir is a Loxodon who appears to be the singular face of the Kairos foundation. He is the only known agent of the guild who lacks its distinctive mark.

The Man, the Myth, the Secretary

"Oz," as he is usually called, can be found sitting behind his magnificent desk through the doors of any Kairos chapter--alone but for any passing adventurers. He wears peculiar facepaint and dresses in monastic garb (though it doesn't reflect any known creed). He will tersely rebuff all inquiry into these and any other personal matters whatsoever.

Reservations aside, the loxodon always seems happy to answer professional questions or ti faciliate contracts (and he never forgets a face). As far as anyone is aware, Oz is the one and only non-adventurer in the entirety of the Kairos organization. For some reason, everyone seems to be fine with this.

When first the party met Oz, they were not members of Kairos. When it became clear to Johann VonGruppen that he was missing 20 gold pieces moments after a group of adventurers brushed by him, the bard beseeched Oz for help rectifying the situation.

Oz unwaveringly protected and spoke in defense of the guild members, refusing to allow Johann to contact them directly--although he offered to take a message. Johann simply instructed them to "Look to the sky," in the hope that they would see his forthcoming, Skywritten message of "The Noble Angels steal. Do not hire them." 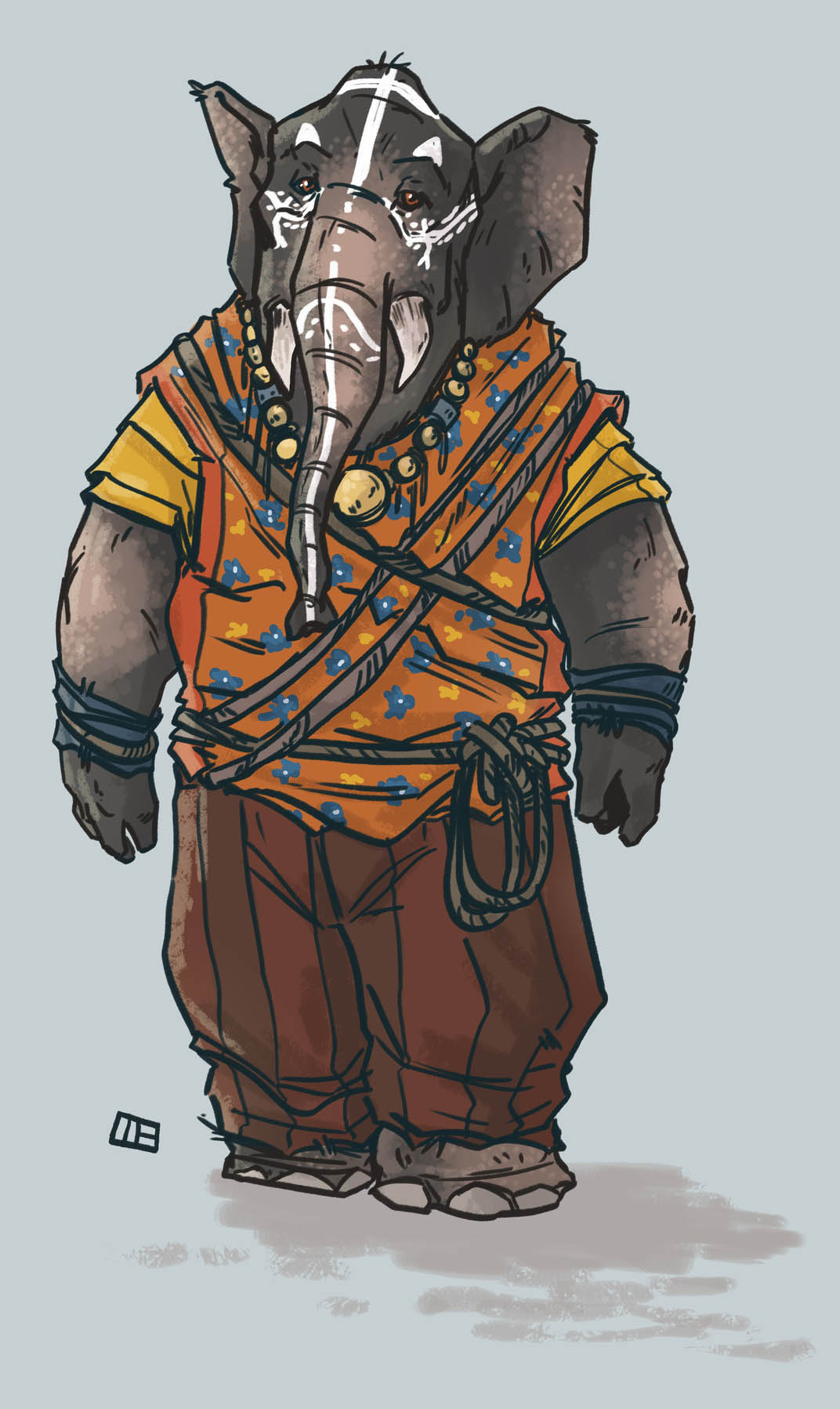