Murmus is a friendly sort, collecting the names and stories of everyone he meets--even in passing. His gregariousness often propels him into a role of quasi-leadership within the Party, although this is usually not his intent. He's really just here to make friends of anyone he doesn't need to flatten with his Moradin-blessed hammer.

Of all the deals The Party made with Sinfarena, Murmus' was perhaps the most insidious. Explaining that the cost was to be something not easily replaced, the hag requested "a friend."

Murmus naturally asked which one, but the question seemed to amuse Sinfarena more than surprise her. When she responded to ask whether Murmus would like to choose (and after affirming that Sinfarena was indeed his friend), he said that she herself was his choice. Though she feigned hurt feelings, the response did not deter her from reiterating her offer (which Murmus this time accepted).

The identity of the "friend" Murmus was to lose is as yet indeterminate. Murmus' actions would help to enable The Kor Ellin Massacre, where he lost his friend Lorna to the same fireball that killed so many others that day. However, remembering that he had promised Lorna's safe return to Walcott, it is possible that the friend Sinfarena sought was him instead. Utlimately, however, Murmus would say that he got exactly what he asked for, in that his friendship with Sinfarena had truly ended.

Murmus on The Curse of Crossbones

Word to the Wise

The Party only had knowledge of Lilli Longshadow because Murmus had gone out of his way to befriend Gillath Naethyra, who tipped them off as they departed Crossbones after being exiled.

Murmus once successfully forced a lunatic to drink a paralysis poison with the use of his Command spell. This allowed his companions to carry the creature's body out of its lair. Murmus was nearly consumed by madness himself as some dark magic threatened his sanity in that lair, but fortunately he decided to climb a bookshelf instead of running deeper into the room. This allowed him, if only barely, to escape the room as his companions locked the doors safely behind him.

Although Marin seemed doubtful that his boat would still be intact, Murmus insisted he go look for it when they reached the river on their way to Riverrock. Interestingly, Marin was able to find it... although it had somehow become part of an exposed tree root. Murmus used his hammer and his Mending ability not only to separate the boat from the root, but also to create four usable oars. This allowed The Party to take the river to their destination, shaving an entire day off their travel time.

During a battle with some Sentinels, Murmus was put to sleep by one of their arrows. Although his friend Grihymm was quick to wake him, he realized that the enemies he faced were all firing ranged weapons. Murmus therefore conducted the majority of the fight from the floor, inspiring several of his teammates to do the same. This proved a sound strategy at least until the sentinels revealed their blade weapons, but by then the tide had turned.

Extremely outgoing and impetuous, Murmus is quick to strike up a conversation and to make a friend.

As an established and respected member of a guild, Murmus can rely on certain benefits that membership provides. His fellow guild members will provide him with lodging and food if necessary, and pay for his funeral if needed. In some cities and towns, a guildhall offers a central place to meet other members of his profession, which can be a good place to meet potential patrons, allies, or hirelings.

Guilds often wield tremendous political power. If Murmus is accused of a crime, his guild will support him if a good case can be made for his innocence (or if the crime is justifiable). He can also gain access to powerful political figures through the guild while he is a member in good standing. Such connections might require the donation of money or magic items to the guild’s coffers. 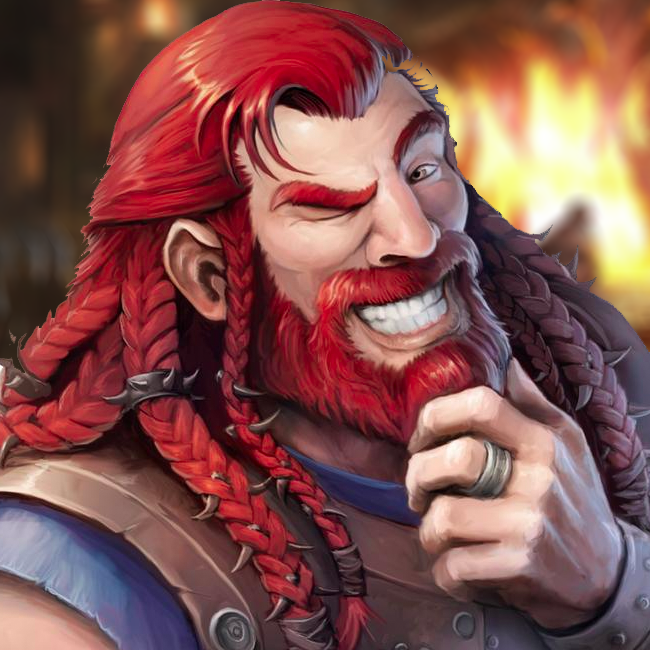