Castian is a half-elf artificer originally from Witchmill, though he currently resides at 1 Sorrowbrook Rd. in in the city of Necine. He rose to prominence in 1165 CR with the launch of Not Far Off--Acaelica's very first, regularly-scheduled Farcast entertainment program.

He has demonstrated a fondness for antique armor and weaponry (which Murmus Bigtoe happily used to ingratiate himself) and displays much of it prominently in his mansion.

Castian also appears to have a romantic obsession with Inibis Valmeia which she permits (and even sometimes encourages) but which she does not reciprocate.

Although Inibis Valmeia herself hosted the first three Perish Days, Castian has since subsumed the role. He has acted as the official Perish Day announcer on the last four occasions and is likely to continue those duties for future events (barring some unpredictable caprice from Inibis).

Following the events of the seventh Perish Day celebration (during which The Party were publically accused of stealing by a local cartog salesman), Inibis found herself listening to the story of the mysterious strangers visiting her city. She would invite them to a little get-together at Castian's home, where the party would end up spending the night after proving themselves both sufficiently entertaining and powerful to warrant the volta's attentions.

Despite his busy schedule (and in addition to his celebrity status), Castian is also a notable artificer. He is responsible for several unique and impressive magical technologies, including the Nemo (developed along with Petran Vipho for The Memory Game) as well as a device allowing for the public, real-time viewing of a person's dream on a Receiver Pane. This latter device was used to demonstrate the party's progress as they battled through a shared dream induced by their collective consumption of the substance Underdark.

Not Far Off is the title of a 30-minute-long Farcast program that Castian performs twice a week, usually every four days--though he is known to perform impromptu episodes as well, such as when he showed (and provided live commentary for) the party's fight with the froghemoths in Little Acheron.

The first transmission was made to a single receiver pane that Castian himself donated to the Corpse Reviver Tavern in the city of Necine. This first effort was only seen by about 25 patrons. However, it was not long before word spread across the city about "the one with the stories." People began flocking to the Corpse Reviver just to watch Castian speak about whatever had apparently crossed his mind that day, or to tell whatever story he had heard or invented.

Soon, other tavern owners began demanding their own receivers in order to compete with the Corpse Reviver. These Castian was happy to supply at a substantial premium. Within a few months, Castian would become a household name in Necine. He then began selling (and sometimes renting) his receiver panes to additional places across the continent, and his celebrity only grew. Castian became one of the wealthiest people in Acaelica almost overnight, and his popularity shows no signs of diminishing.

The party first met Castian in Witchmill's Tower Shop. He arrived with no small amount of din, attended by a heavily armed retinue. He thoughtlessly interrupted the party's conversations with Janice and was apparently disappointed to learn from the ward that there was "nothing new."

Before turning to depart, he noticed the armor being worn by Murmus and Grihymm and insisted on buying it from them "at any price." Although both refused, Murmus agreed to make Castian a set of his own--learning from Castian's "people" that his home address was in Necine.

Grihymm would attempt to intimidate the strange half-elf, but his attempt was met with jovial--and not slightly disrespectful--taunting. When Grihymm slapped away Castian's hand--which was gripping his chin--the mood became very tense as Castian's entourage drew their weapons. Janice moved quickly to defuse the situation, and Castian left apparently unperturbed by the entire affair. 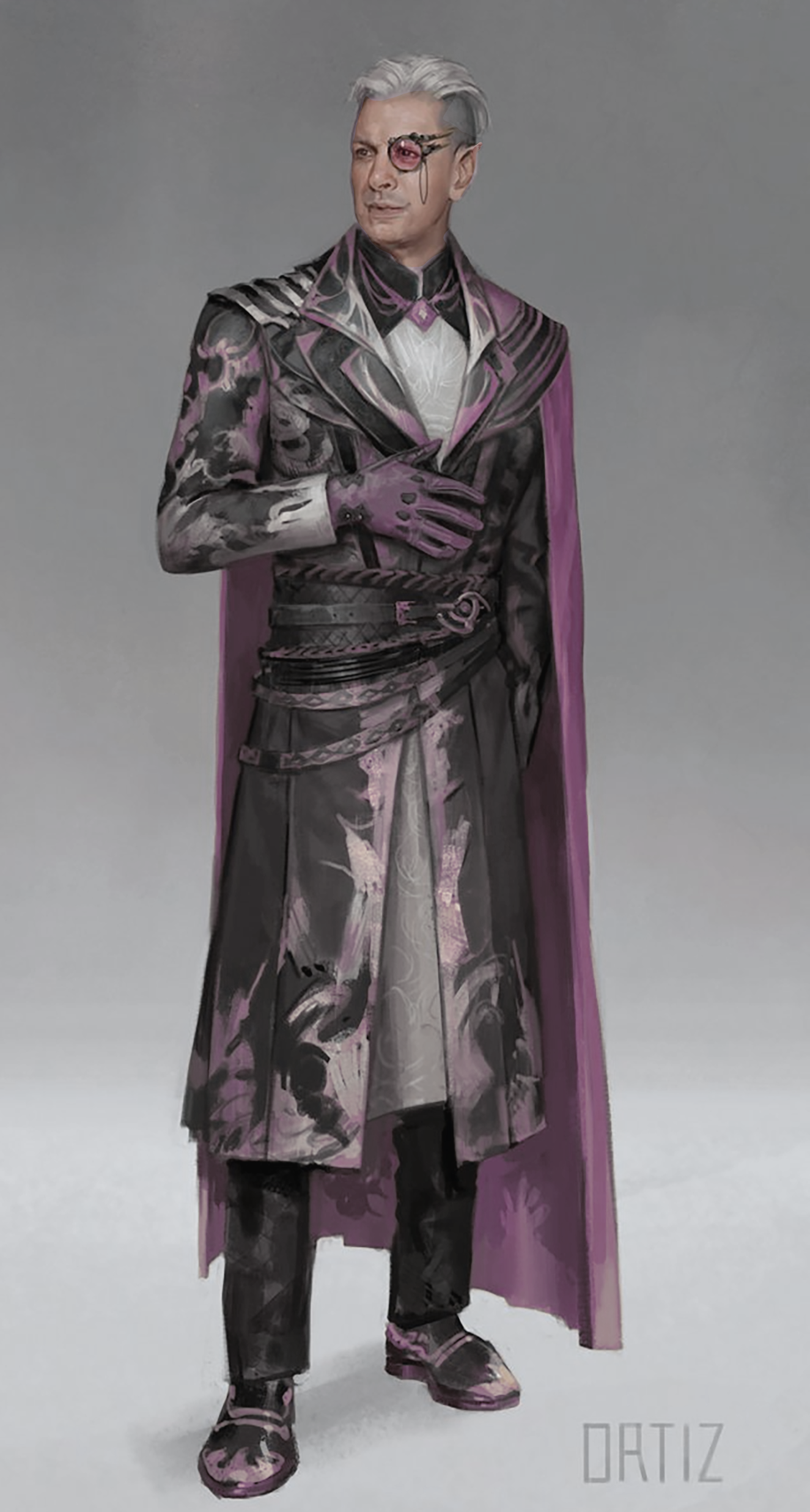