The Gutter Fey are a refugee class of creatures and spirits displaced from their home in The Feywild following the rise of Inibis Valmeia. In recent years, they have taken up residence in the city of Necine and have largely assimilated into her culture (although much mystery still surrounds them).

The Feywild itself exists as a kind of mirror parallel to the Prime Material Plane. As such, historic developments and changes on the Prime can have far-reaching effects in the Fey. In this case, "Feycine" (as The Party has taken to calling the area), once existed as a chain of islands stitched together by magnificent coral reefs of every color imaginable. It was home to all variety of magical life, including some especially powerful and ancient fey spirits.

It is not surprising that the wild magic and chaos surrounding Inibis drastically altered Necine and life within it. Unfortunately (and through no intention on the part of Inibis herself), this same power had dire effects on the city's fey counterpart. In a short span, these reefs and islands would be shredded into oblivion during the formation of a vicious maelstrom. The whirlpool--itself centered around a massive spire risen up from the seabed--now dominates the entire area and only seems to be growing. It would not be long before "Feycine" was unhabitable to those who called it home.

Many of these creatures perished in the waters. Others were powerful or celver enough to survive, but eventually became so corrupted by the wild magic as to bear no resemblance to their former selves. Seeing this take place (and concerned that the danger would only spread), many sought refuge in the Prime--leading them, of course, to Necine itself.

Most take the form of small animals such as songbirds, cats and rodents. Others simply choose to remain invisible. They inhabit the small places, filling in all the cracks of the city. With time, these creatures established something of a symbiosis with the city and her people--performing duties like magically cleaning the streets in exchange for pitchers of beer left on doorsteps overnight. It is from this that they earned their nickname of "gutter fey." 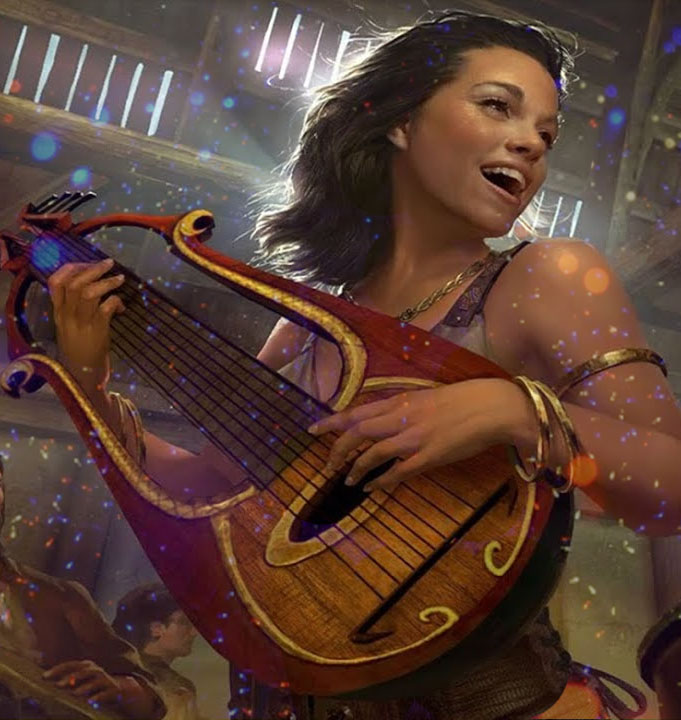 The gutter fey exhibit a deep affinity for the arts. They are known to congregate around impressive performances of all kinds, though music appears to draw them most frequently. Their appreciation is usually heard rather than seen, most often coming in the form of many tiny cheers and applause that can be mistaken for the sound of the wind. However, they have also been known to appear as swarms of multicolored fireflies.

A gathering of gutter fey is considered an honor to Necini bards and performers; the larger the crowd, the greater the compliment. Johann VonGruppen experienced such an honor while playing in The Sober Dwarf--a performance that also attracted the man he'd call Friend.

The speed with which gutter fey congregate has led to debate about their numbers and ability to intercommunicate. Some argue that the population of these fey is vastly underestimated and that performers simply attract any local fey who happen to hear them. Others argue for the use of some magical technique that quickly spreads word of performances to all gutter fey across the city. As direct communication with these fey is unheard of, no definitive answer has yet been determined for this phenomenon.

Though most gutter fey are capable of some form of shape-changing, the most powerful among them can take humanoid form. More importantly, however, some are thought to be capable of perfectly impersonating those whose form they take.

The veracity of this claim (as with many such about the gutter fey) is very much uncertain. However, upon hearing this rumour, Inibis forbade all gutter fey from entering the Cauldron--Necine's central district and hub--under penalty of death. Beyond that, however, she seems content to let them operate independently across Necine.

...of the Prime
Cover image: by Tim Shepherd