The swamp boar is a creature found most commonly in the northwestern region of The Fellgleam. These creatures owe their name not only to their habitat but also to their swampy appearance. They are typically docile unless provoked or threatened.


Mushrooms and other plantlife often take root in the creature's fur and seem to have a symbiotic relationship with their host.

The swamp boar is unsurprisingly descended from the wild boar. Sharing much of their morphology with their more ubiquitous cousins, there are a few key adaptations that set them apart.   These distinctions include venomous tusks; greenish fur; clawed feet in place of hooves; a much longer and more substantial tail; and of course the fungi and plants that are often found growing on their backs.

The swamp boar is omnivorous, and will often consume insects in addition to any of the reptile, amphibian, and plant life that can be found in its vicinity.

Although the boar itself is safe to eat, its tusks are highly venomous and are sometimes used as crude weapons.   The plant and fungal life often found on the backs of these creatures have alchemical properties, and it is for these that the creatures are primarily hunted. 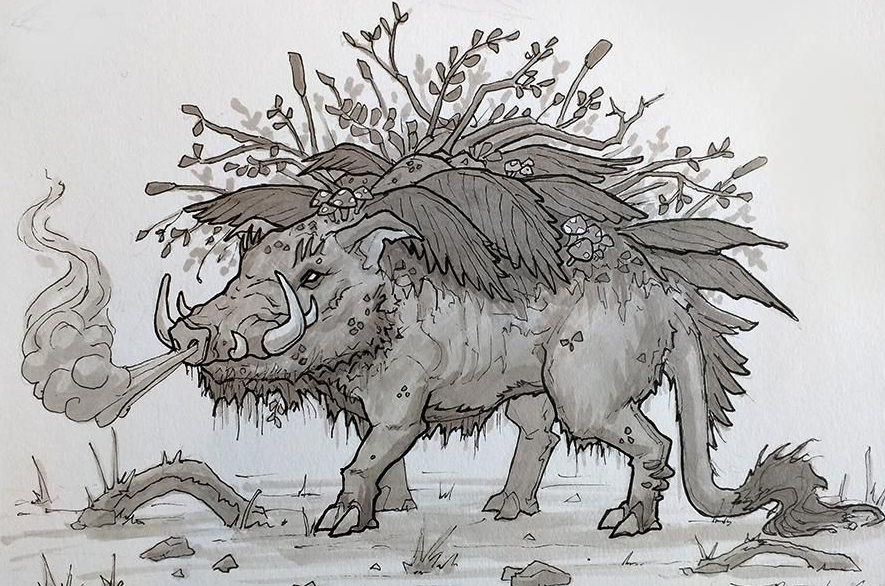