You're in luck. Buncha folks just died, so their beds are now your beds.

Milo is a halfling bard, though he seems far better at being a halfling than a bard. He is presently banned from singing within the walls of Crossbones where he serves Zau's Raiders as quartermaster.

He begrudges his nickname of Gloomtongue, but this has only underscored its aptness.

Although he is often the brunt of jokes, Milo is well-liked and respected. He has many times demonstrated a skill for logistics and planning. 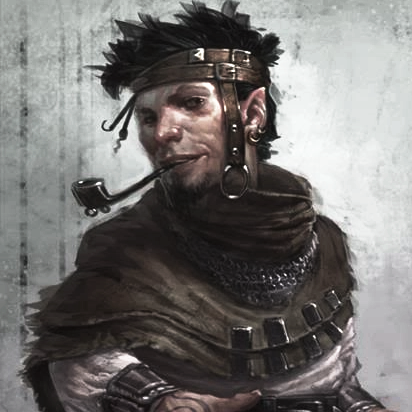