Welkinal is a naturalist and artist native from the Island of Karte, known from his work on documenting the species of the Haan Archipelago and co-authoring the "Book of the Habits and Beasts" encyclopedia.

Welkinal has a non-exotic, but nonetheless very striking phenotype. He is a scaly societarian of snake phenotype, from a variety known as garter snakes. His anterior half (belly, the lower half of the tail, the front half of the neck and his chin), as well as a thinner band going from the base of his head to the tip of his tail are light blue, while the top half of his head, as well as his sides, are bright red. These red sides meet on a curvy zig-zag with his dark blue, almost black back.   He has two tiny keratin horns above his brows, a trait that is not shared by people of similar phenotypes. All in all, his appearance made him very popular and sought after, but people's advances were very rarely meet with interest on his side.

A love for all things alive

Since his childhood, Welkinal was a very shy and introvert person, but extremely passionate about nature. He would spend entire days around some bush, pond or patch of trees, intently looking at the plants and poking around to find the creatures beneath. When he was 12 and after a lot of searching, his parents found out that a renowned Dhalmanite scholar, a feathery called Lyraine was visiting Karte on a diplomatic journey, and arranged for her to meet their son. After several interviews Lyraine picked interest on Welkinal's talent and agreed to take him as an apprentice.   Welkinal's mother managed to travel with him to Dhalmain for some time, but after some months, she had to travel back to Karte, and Welkinal started living with his new teacher.   Lyraine took Welkinal as an apprentice and saw on him great potential. She taught him the ways of scholarly research and trained him to start participating in field trips, for which she started taking him very early on exploration voyages to different remote islands and places to catalogue the flora, fauna, climate and geography. Before getting properly funded, they had to deal with the tight schedules of the merchant ships they used to go from one place to another, so they became accustomed to travel, fast note-taking, and keeping tidy documentation, skills that proved very useful later on.

Alongside his scientific knowledge, Welkinal dedicated a lot of time to the development of his artistic abilities. What started as the hobby of sketching the creatures and plants he saw in nature quickly developed into studies of anatomy and art, and he became famous for the drawings he made of species of creatures, plants and fungi all across the archipelago.   After he already had acquired fame as a scholar, Lyraine reccommended her apprentice to Veld the Imaginative, a scholar that was at the time working to produce the first edition of the biggest encyclopedia on social and natural sciences of the archipelago. After years of labour and alongside other experts of many fields, they produced the first version of their masterpiece, The Book of the Habits and Beasts. Welkinal illustrated it with pictures that became the most used depictions of a lot of the archipelago's creatures, and the book was sold through the islands with copies kept in each of the best libraries across it.

Uncovering the secrets of Thaur's island 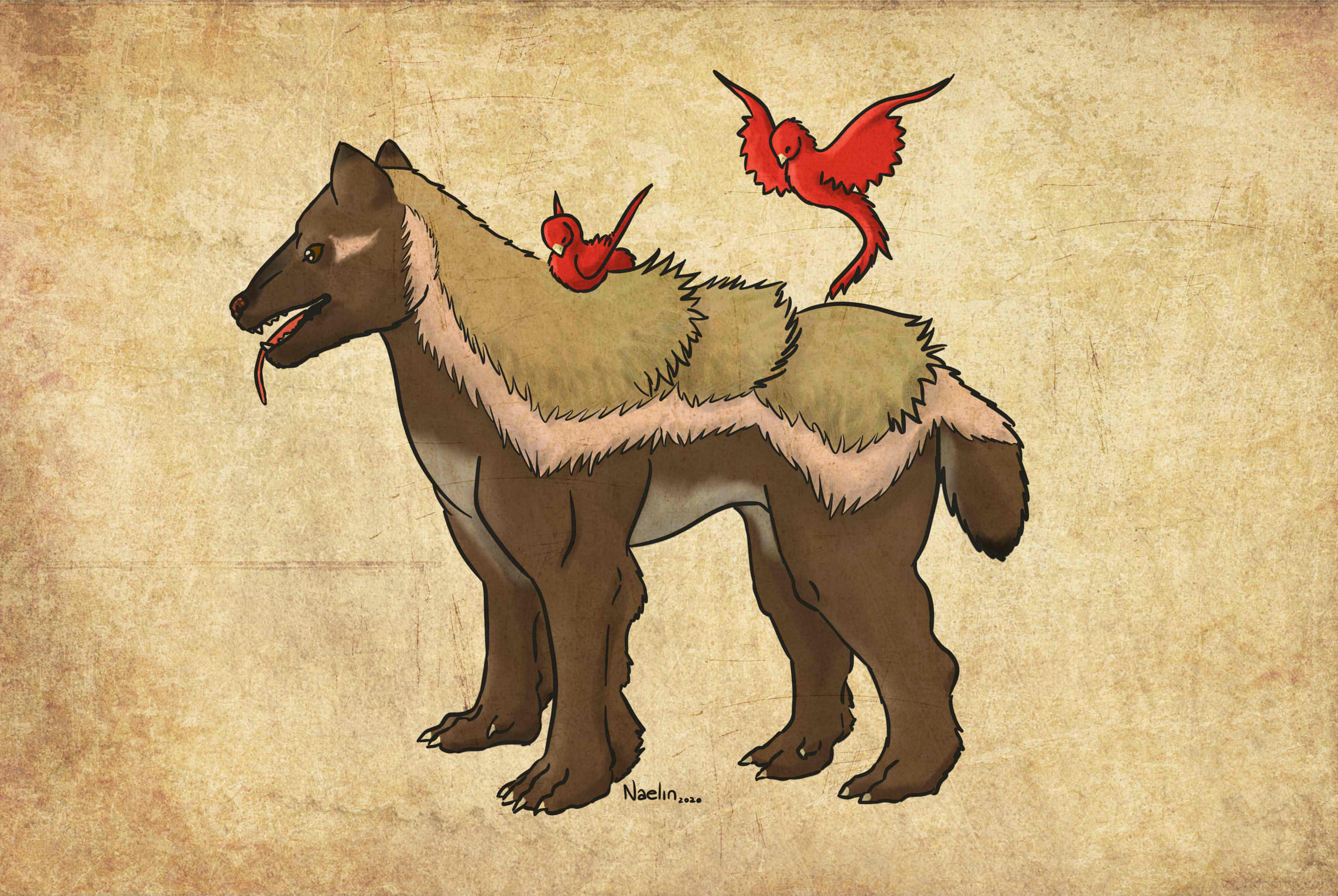 Blossom Gnaw by Naelín
The biggest and most famous of Welkinal's voyages is his long and ongoing exploration of the largely untouched east coasts of Thaur Island. Welkinal has so far been to four different expeditions, in the span of 12 years, in which he discovered several species, including the Blossom Gnaw for which he wrote an extensive report on their unusual role on the Delta of Many Birds as a pollinator of several plant species. He also provided insight on the behaviour, mating rituals, diet and geographic extension of some of the already known species, such as Legars, Passion Birds, Sceapilions and Hierdes.

Thaur Island
Regarding these last two, Welkinal has been a strong advocate for the preservation of sceapilions as much as hierdes in their natural habitat, while most scholars and naturalists consider Sceapilions a lost cause and focus instead on maybe raising and even domesticating Hierdes, after they have been demonstrated to be apt and fierce mounts by the example of Breifel, the royal mount. Welkinal, instead, considers that the preservation of sceapilions is necessary for the balance of Thaur's ecosystem, and it goes hand on hand with keeping the hierde population healthy and at manageable levels. 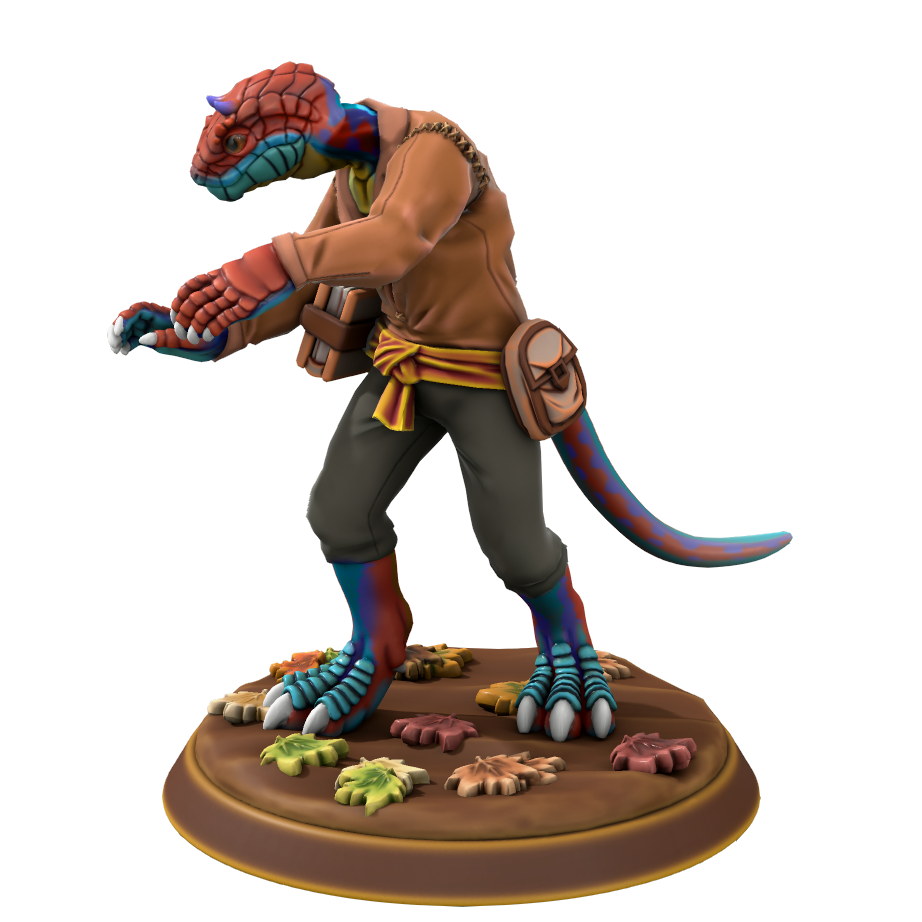 Welkinal Lyralo was one of the most famous illustrators and naturalists in all of Xalier.

All of the text and art of Symbols of Power, including the CSS theme, have been created by David Cutuli (Naelin) unless otherwise specified.
All of the art and content attributed to the pseudonyms of "Welkinal", "Danae" or "Veld" have been created by David Cutuli (Naelin).
SoP theme song composed and interpreted by Lu Cutuli. | SoP logo and Out of Universe logo created by TJ Trewin. | Open paper texture by Markus Spiske.
Huge thanks to TJ Trewin for his help with SoP's css theme design.
Cover image: Banner Karte by Naelín
Character Portrait image: Welkinal by Naelin 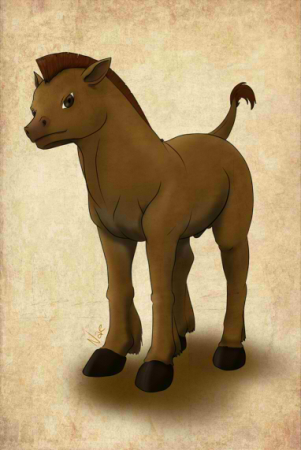 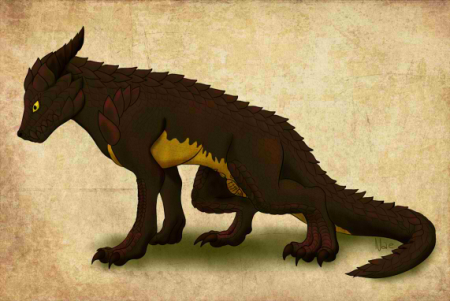 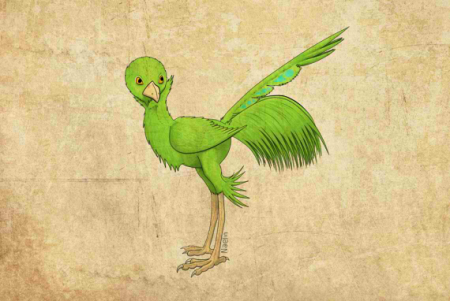 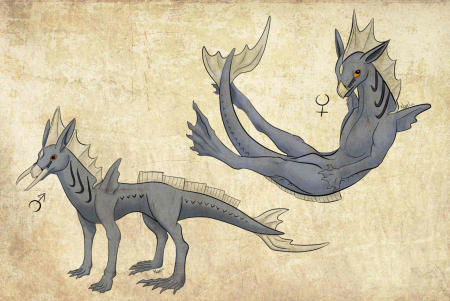 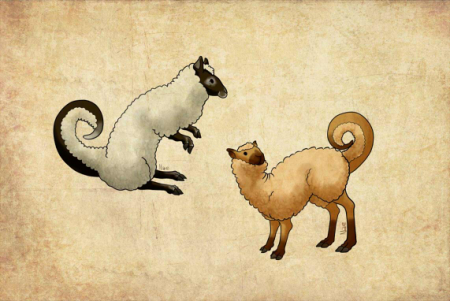 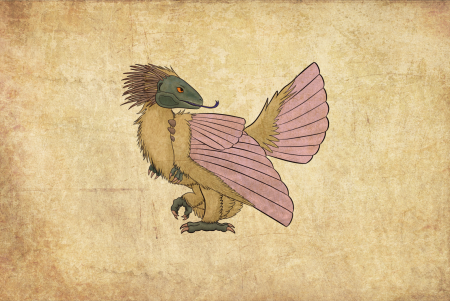 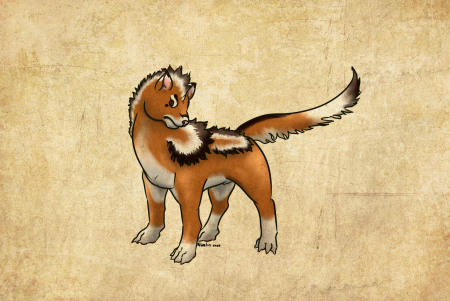 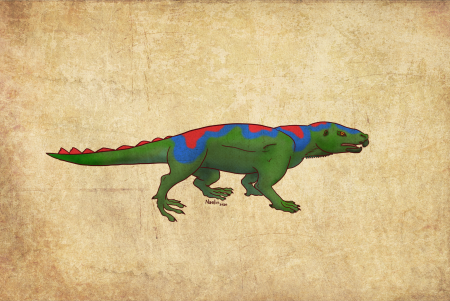 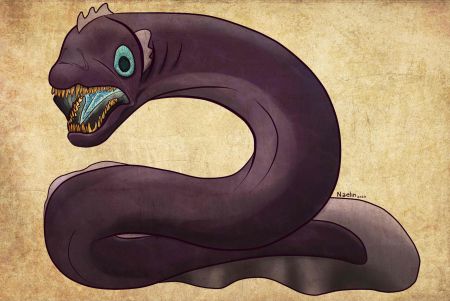 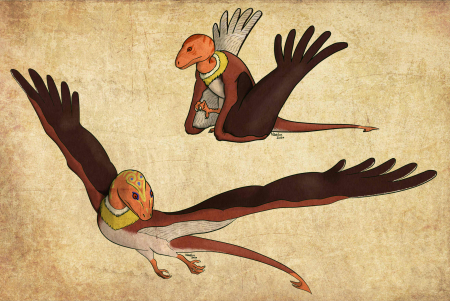 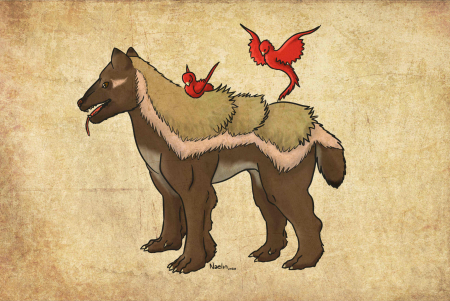 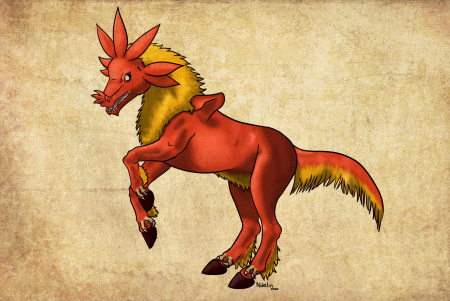 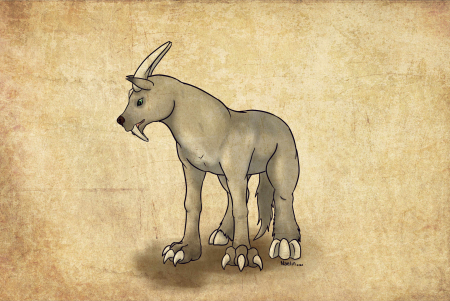 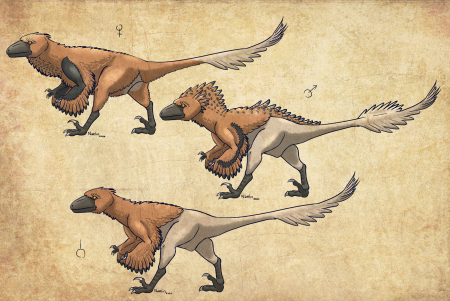 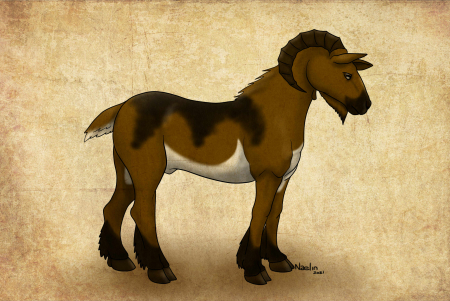 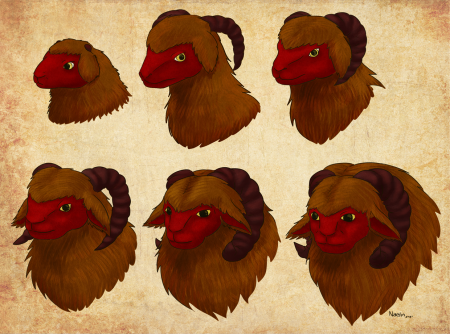 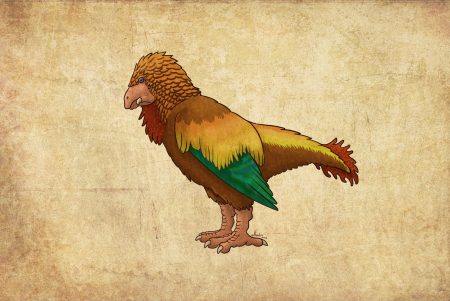 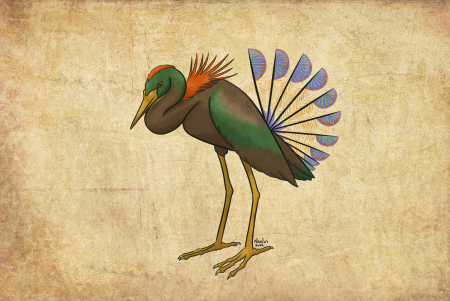 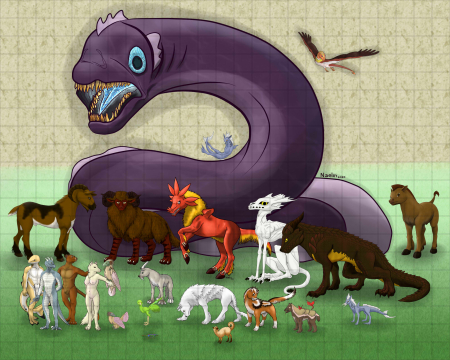 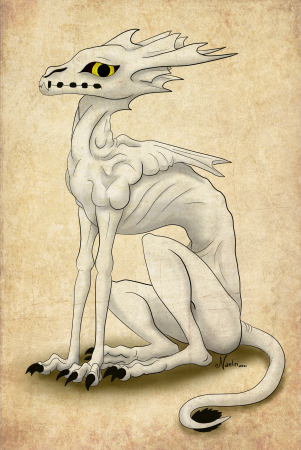 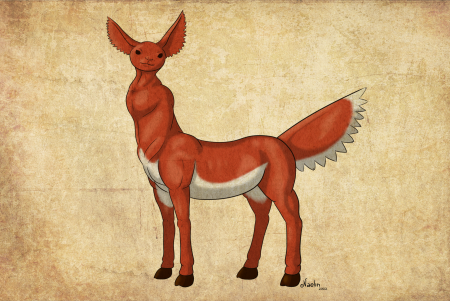 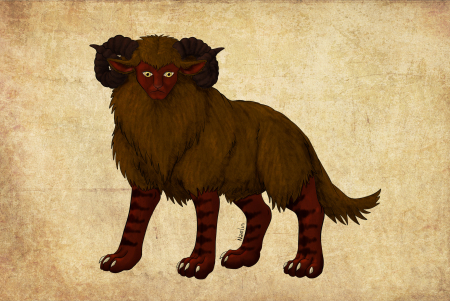 What a wholesome character! I love the image gallery on this - especially the Dariga/eel drawing!

Thank you <3 The Dariga was a fun one to draw. I shall really extend and translate its article soon!

Aw I love this character! And I love the image gallery at the end. You have such beautiful art! <3

Thank you very much for all your wholesome comments!! I already have a character that does my maps, and I wanted to have one that does my drawings. Took some time but it was worth it!