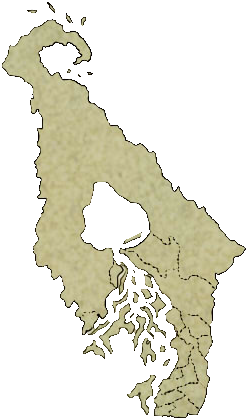 Rosscot Island by Naelin
The three islands visible at the southernmost end of the Haan Archipelago have been largely unexplored by the peoples of the other islands due to the extreme, brutal hostility of the inhabitants found in them, especially those of the island known as Daltael.
Attempts at prosperous communication have at best resulted in capture for slavery, with very few coming back to tell the story.   Reports on the islands' population, geography and resources are therefore very limited, and even the best maps have to guess much of what they show from the area.   Attempts to explore them, however, have been many, driven by the promise of fame and fortune. Most of these ended in quick failure, but perhaps the most extensive and famous has been that of Rosscot Nouverre, a Dhalmanite explorer that was founded by the government of Dhalmain in 2979 E.Alz to set a camp on an uninhabited area of the southern islands to gather information, resources, and hopefully expand the Dhalmanite control through the archipelago. 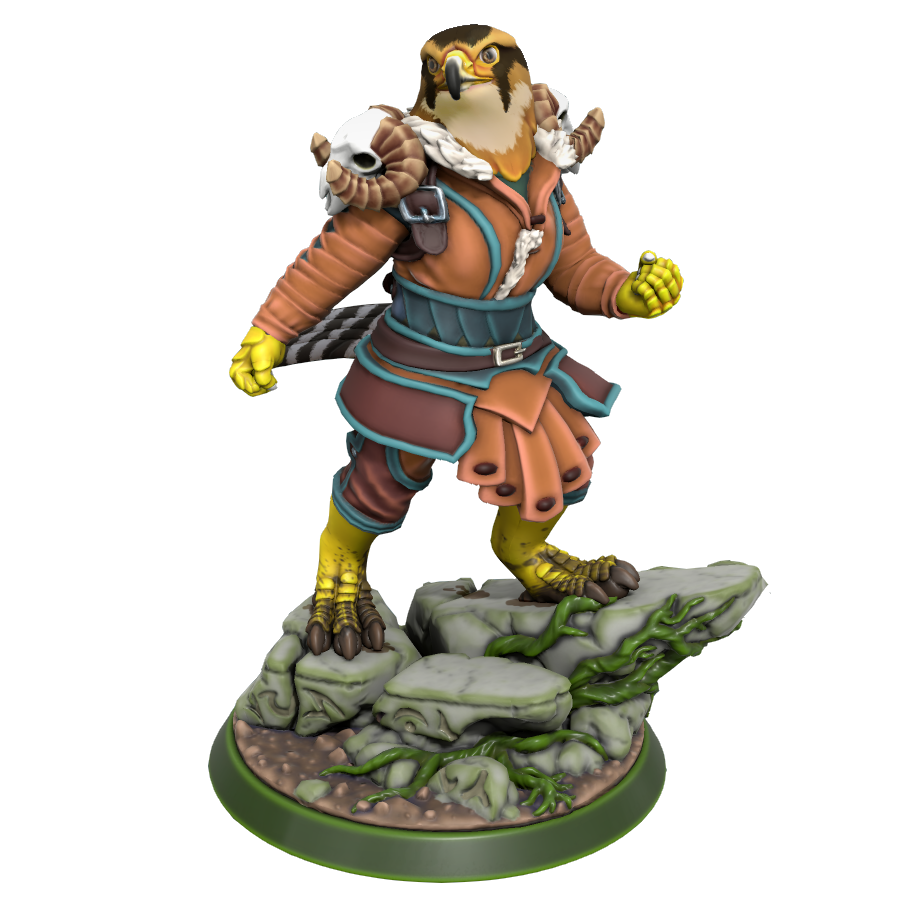 Rosscot Nouverre
Rosscot set out south on 18th of Harvesting of 2981 E.Alz leading a team of 54 people and 18 alzufhar to set up a camp in the north area of the closest island.
The voyage was successful with no encounters with the hostile people of Daltael, and the explorers were able to set up an organized camp and begin exploring and expanding.   For over two years, the team built more permanent structures as they surveilled the land, drew maps, and brought native plants and creatures back to Dhalmain with a stream of ships transporting resources and information back and forth.
The island became known as "Rosscot Island" in honour to the excellent leader of the expedition.

On the 10th of Singing, 2983, a ship was sent to the island, as usual, to get them some requested resources and some extra workers and take back reports and exotic goods, but its crew and ship went missing. A second ship was sent there, suffering the same fate. No ships or news of any kind were being received from the camp, and as the months went on the country grew worried. More ships were sent, but none came back.   Eventually, a small vessel returned, and the crew said that they were able to get close enough to survey the coast, but they couldn't find any signs of the docks or any activity and decided to leave when they saw some unidentified ships in the distance.   In the years that followed, some military expeditions were sent to the islands to try to find out what happened to the camp and its people, but the very few that returned did so after very brief exploration attempts where they couldn't find any trace of the base, even after making sure they were at the right coordinates. Most tell stories of having to flee after sudden encounters with entire fleets of unidentified vessels coming from the east.   Rosscot Camp's fate remains a mystery, and a sad record for the Dhalmanite people as the only ones to have managed to have some sort of success at exploring the savage isles.

"To strive, to seek, to find, and not to yield"
— Alfred Lord Tennyson

Answering: "A settlement that was lost or discovered."
Visit Naelin's Competition Page Check all other answers to this prompt Competition Homepage

All of the text and art of Symbols of Power, including the CSS theme, have been created by David Cutuli (Naelin) unless otherwise specified.
All of the art and content attributed to the pseudonyms of "Welkinal", "Danae" or "Veld" have been created by David Cutuli (Naelin).
SoP theme song composed and interpreted by Lu Cutuli. | SoP logo and Out of Universe logo created by TJ Trewin. | Open paper texture by Markus Spiske.
Huge thanks to TJ Trewin for his help with SoP's css theme design.
Cover image: Dhalmain Banner by Naelin
Article template
Settlement
World
Symbols of Power
Category
Daltael in Places, Factions and People
Author
Naelin
Publication Date
21 Jul, 2022
Creation Date
20 Jul, 2022
Last Update Date
22 Jul, 2022
Visibility
Public
Views
103
Favorites
11
Comments
2
Tags
SC2022 Challenge Prompt Dhalmain Dates

Nice mystery of the lost settlement.

Great job! I wonder if those ships were from the Daltael? It's interesting how it just disappeared and even those who managed to get onto the island were unable to find the camp.