Thaur Island
Shaken by the name change just 9 years ago, the inhabitants of the island of Thaur, known previously as the Merthiornite people, are an adaptable and diverse folk, welcoming of outsiders, open-minded, artistic and lovers of philosophy.   The Thaurian (Or Thaurine) are known through the rest of the Haan Archipelago for their tradition of Sung Duels, their folklore, and for their capital city of Birdland being regarded as the archipelago's capital of pleasures. 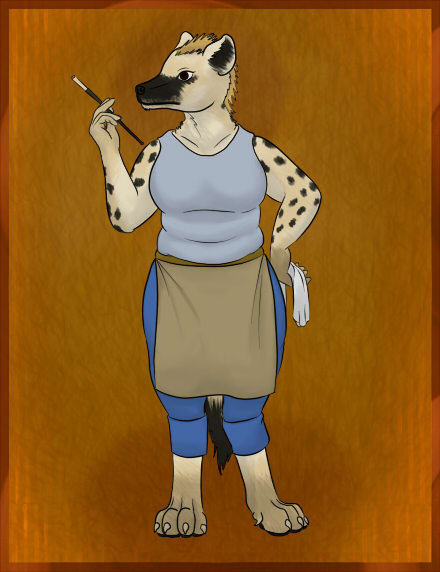 Nancy
The native Thaurian people are conformed mostly by furry societarians.   Immigration, especially from Dhalmain, has made featheries and other peoples progressively more common on the islands, and through the generations many consider themselves Thaurian regardless of their family's origins.

While Thaur follows the standard 4-genders system from most of the archipelago, gender identity in relation to social roles is quite more lax there than for people such as the Dhalmanite or the Stunveldti.   Unusual pronouns, gender expressions or relationship practices provoke at most curiosity in most people.   Most people fall into the traditional division of genders, neutral, woman, man or shifting.

The Thaurine consider themselves an accepting, open minded folk, that try to solve conflicts the diplomatic way.   They take pride on their many pacts with creatures, on deescalating conflict through means such as Sung Duels, and on being accepting of diverse relationship types, genders or races.   On the downside, they tend to turn a blind eye on issues to prevent confrontation, and can be desorganised and have issues behaving appropiately around other cultures.

With the rather unorthodox crowning of the new King of Thaur, many former Merthiornite don't feel comfortable with the new kingdom or the idea that they were protected under it.   While many proudly declare themselves to be Thaurian and most just go with it without major issue, some, including public figures like the cartographer Danae, refuse the validity of the new country and keep calling themselves Merthiornite. 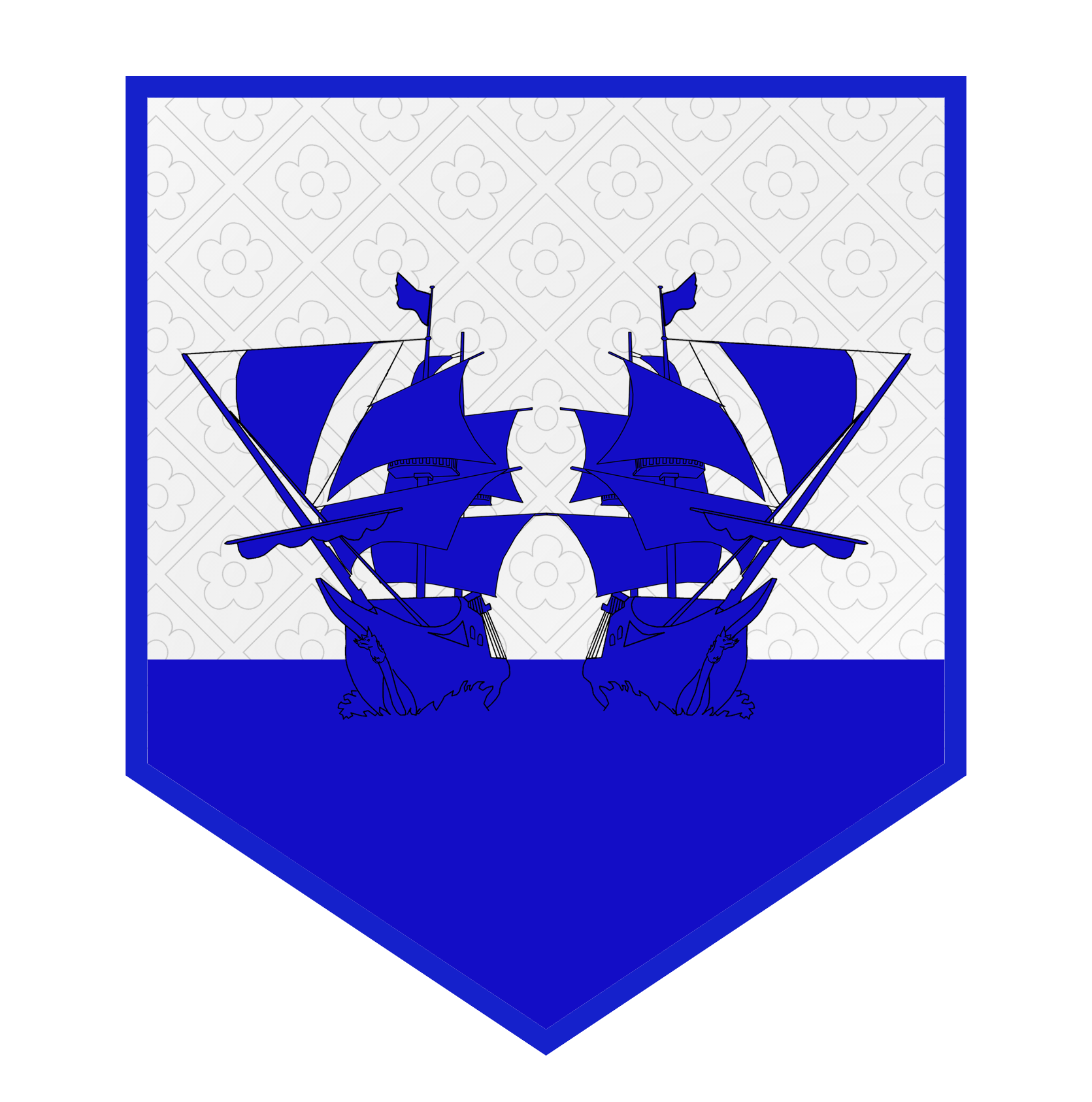 The Thaurine's biggest allies are the Dhalmanite, with which they have a close enough relationship that both peoples welcome each other warmly.   Thaurians also consider themselves good friends of the Ruhk, with whom they have good trade agreements.   Before the rust, the Kingdom of Merthiorn excised a great deal of control over the Red Crest Islands, a sort of puppet state of them.
However, the recent years of turmoil have left them without any connections to continue influencing the ruler of the principality, making the already cold relationship grow distant despite the shared culture.

Let's solve this with song

When Thaurian people need to settle an argument and can't do so through normal conversation, they will challenge each other to the most well known of Thaurine traditions:
They will meet, usually at a tavern or public park, to duel by carrying the discussion in verse, replying to each other's allegations in the most eloquent matter they can with compelling rhyme and rhythm.   Sung Duels require a public, which will decide the winner based on the arguments and the ability to keep the flow.   These duels evolved from being a peasant's tradition to becoming a lucrative form of entertainment and a sport with rules, but also became more accepted as a form of dispute settlement into higher circles, reaching even political discourse.

Philosophy has been an important part of the Thaurian culture and education for centuries.
Philosophical circles are common, and even an usual extracurricular activity some paople partake in as a hobby, and the concepts of dialectics, epistemology and schools of thoughts are permeated in the population.

The schools of Destruction and Projection

The main concept around the inner working of the universe that formed the base of the Thaurine philosophy, though nowadays fragmented into dozens of new ideas and currents, are that of the Destruction and Projection.
This is the concept that the universe is driven by two major complementary forces, destruction and projection, that are unable to create without each other and that sudden issues or disasters happen when there is a lack of one of the two.   Projection is the motor of planning: will, organization, education and truth-seeking, and it is said that its lack "Makes components lay divided and in chaos"   Destruction is the motor of change: evolution, action, battles, sex and (ironically) construction. It is said that, without it, "Projects are never carried out".   Professions are usually divided into projective or destructive, and tragedies of daily life are explained through these concepts.

The commodification of philosophy

"That guy is SUCH an epicurean"

As time went on, the vastly reaching base level understanding of philosophical concepts got twisted in the collective mind of Thaurians, turning into a sort of pop-culture categorization of people's ideologies and ways to handle their lives into simplified versions of the base teachings of each school of thought.   Some people, especially teenagers, started using schools of thoughts as a way to describe their current moods or feelings instead of their ideologies or views, or applying these terms to their impression of other people's character.   Still, the island has been the home of some of the best philosophers in the archipelago's history, only rivaled by Red Crest, a place where the position of philosophy in people's lives is being redefined by the Circlecrats.

Thaur, and especially it's capital Birdland, have gained a fame for being the best places in regards to entertainment and pleasure.   Its openness to different approachings to the artistic, the sexual and the recreational activities have led to a fluorishing of industries. 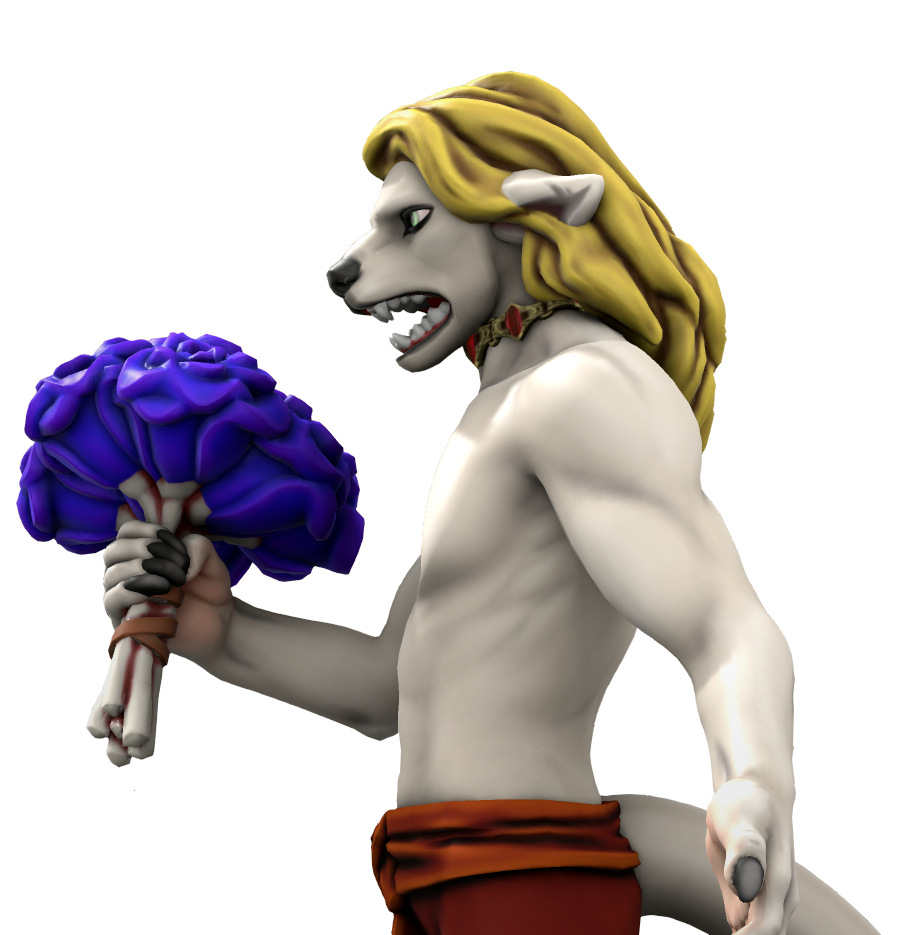 Singing Adikari by Naelin
The island is said to have been the origin of the Houses of Pleasures, a type of business that offers services as varied as food, drugs, massages, healthcare, prostitutes, teather, music and companionship (Though usually only focusing only a couple on each place), all aimed to provide the client with an array of pleasures of their choosing.
Tourist will also flock to the big cities to attend to performances of sung duels, auralist music, engage in kink practices in specialized places, or to consume their variety of recreational psychoactives. 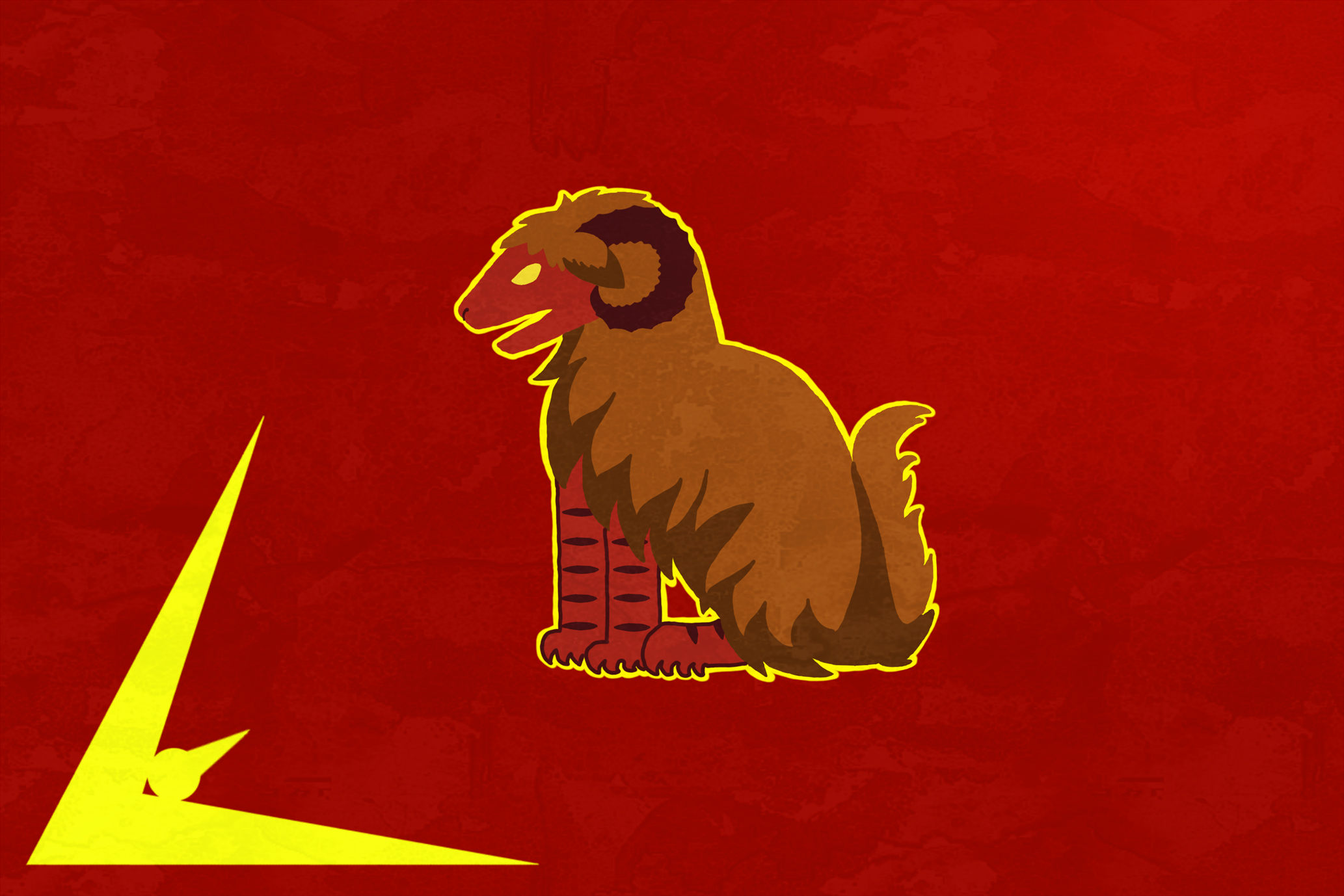 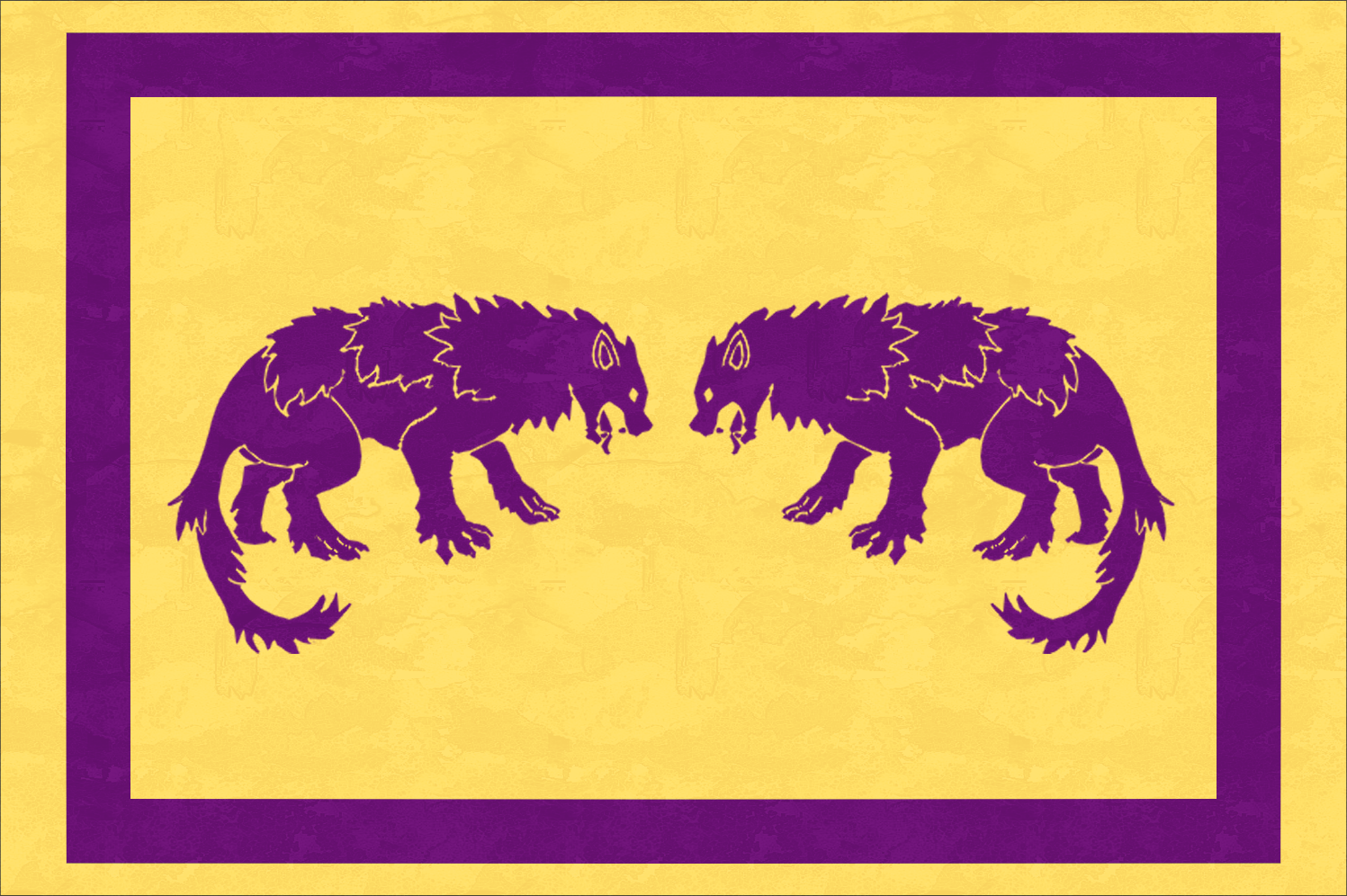 The Thaurian have traditionally two kinds of names: Those made out of simple nouns, and those that are original, and created for the child.   Surnames are reserved only for the rich and powerful: The noble or rich add the name of their city to themselves, such as with Chariot of Birdland, while the royal family adds the name of the entire country to their title, such as with King Naelin of Thaur or Queen Tesel of Merthiorn   Examples of Thaurian "Noun" names: Chariot - Road - Rake - Mercy - Vigil - Quill - Orrery - Gaze - Marrow - Spire   Examples of Thaurian "Original" names: Tesel - Virgilim - Adikari - Naelin - Nile - Onnamar - Ieuan - Eigaler 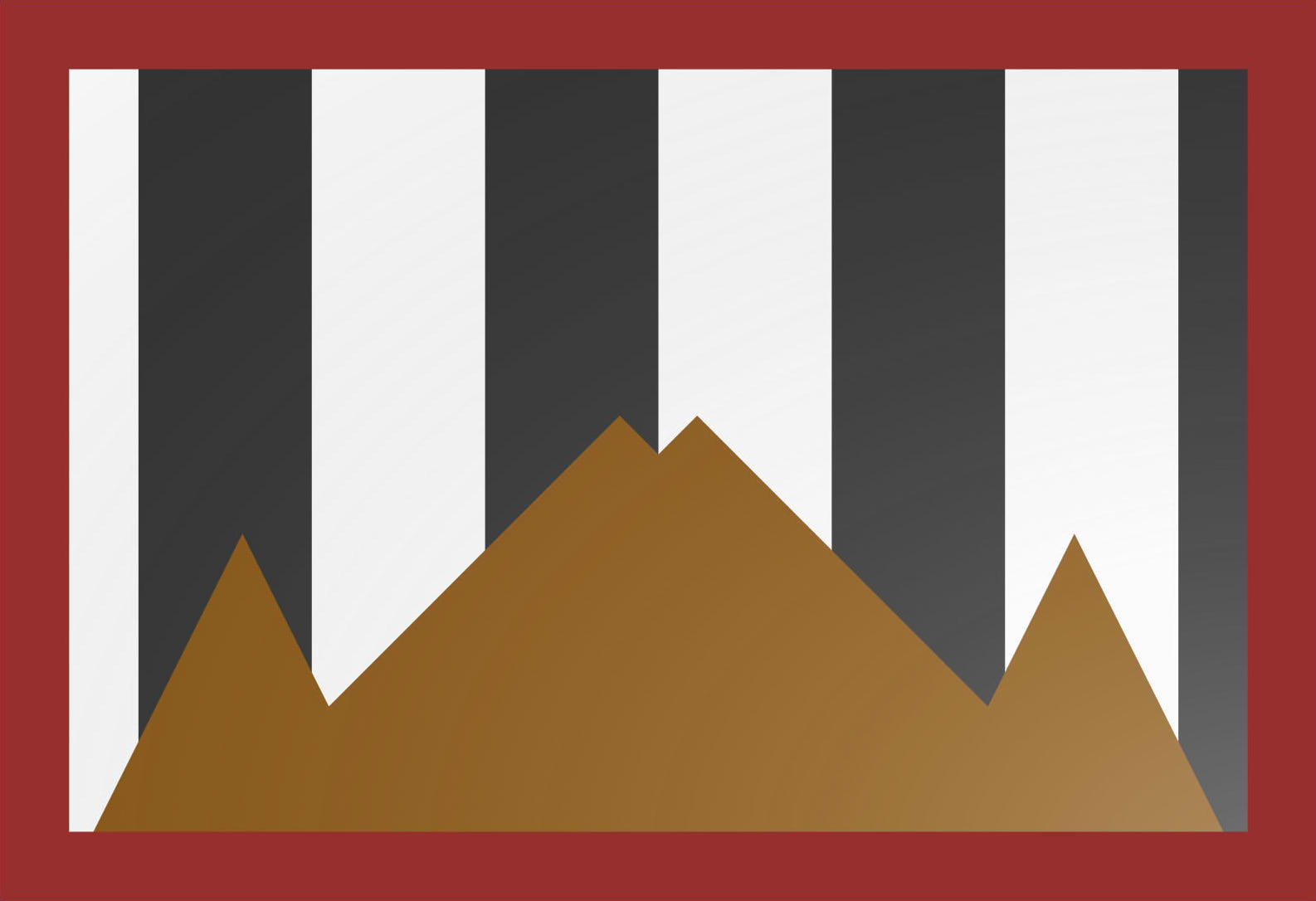 Flag of Bregos by Naelin
The High Rust brought destruction not only to Merthiorn, but also to the city-state of Bregos contained within it's territory. 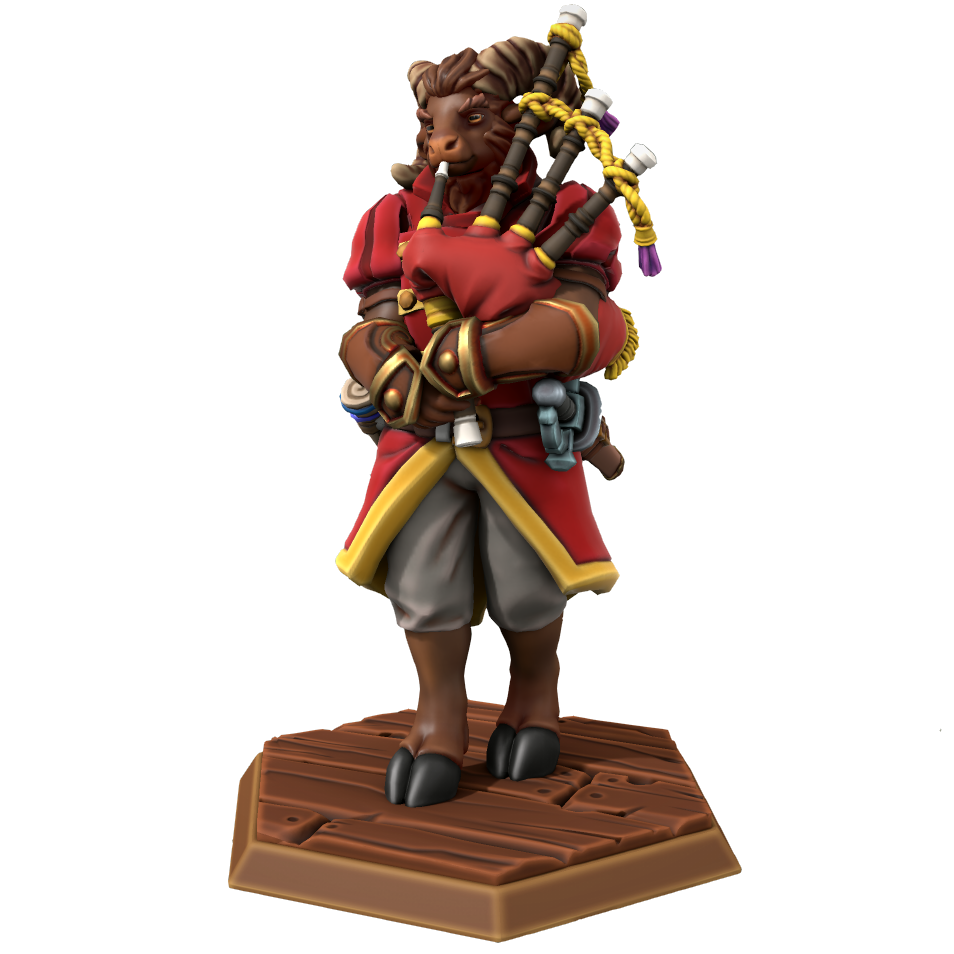 Fjalhilly by Naelin
Bregos is nowadays considered an abandoned settlement, and most of the few Breguine that survived the Rust have moved to settlements in Thaur.   Many Breguines hid their nationality when settling down in new places, so it is common for people of the mountain-dwelling phenotype that were common there to be suspected of being Breguines. 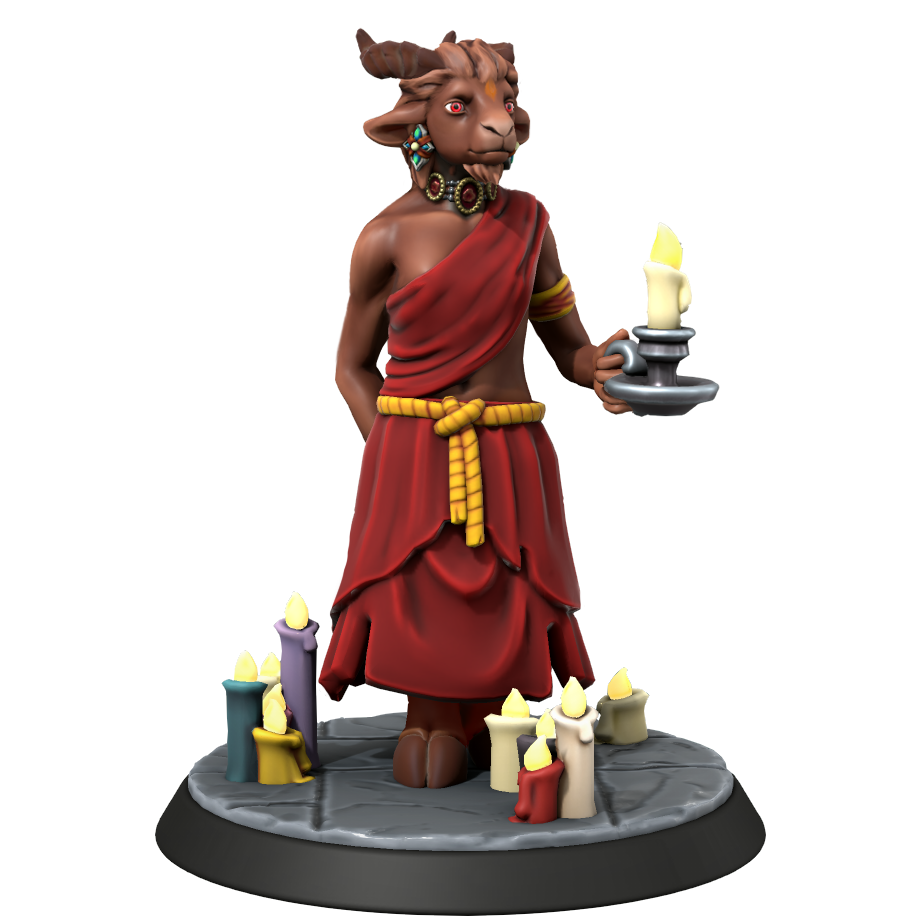 The Servant by Naelin
These suspicions were greatly influenced by the sudden appointment into the government of Road and The Servant, two folk previously unknown to the people of the Birdland city where they settled.

All of the text and art of Symbols of Power, including the CSS theme, have been created by David Cutuli (Naelin) unless otherwise specified.
All of the art and content attributed to the pseudonyms of "Welkinal", "Danae" or "Veld" have been created by David Cutuli (Naelin).
SoP theme song composed and interpreted by Lu Cutuli. | SoP logo and Out of Universe logo created by TJ Trewin. | Open paper texture by Markus Spiske.
Huge thanks to TJ Trewin for his help with SoP's css theme design.
Cover image: Banner for Thaur by Naelin
Article template
Ethnicity
World
Symbols of Power
Category
Thaur in Places, Factions and People
Author
Naelin
Publication Date
21 Dec, 2021
Creation Date
1 Dec, 2021
Last Update Date
17 Dec, 2022
Visibility
Public
Views
251
Favorites
5
Comments
0
Work In Progress
Tags
Thaur WE2021