The island of Karte, with a demography made of almost entirely scaly societarians, has long been governed by a monarchy of foreign origin: a family of furries native from the Thaur island that call themselves the Royal Stags, informally known as the deer oligarchy.   As the name implies, this old line of aristocrats is formed by people of deer, antelope and similar phenotype, with the head of the family currently being a red deer man called King Rastapuj.

"The blood of the Father Stag still runs through my veins!"
— King Rastapuj 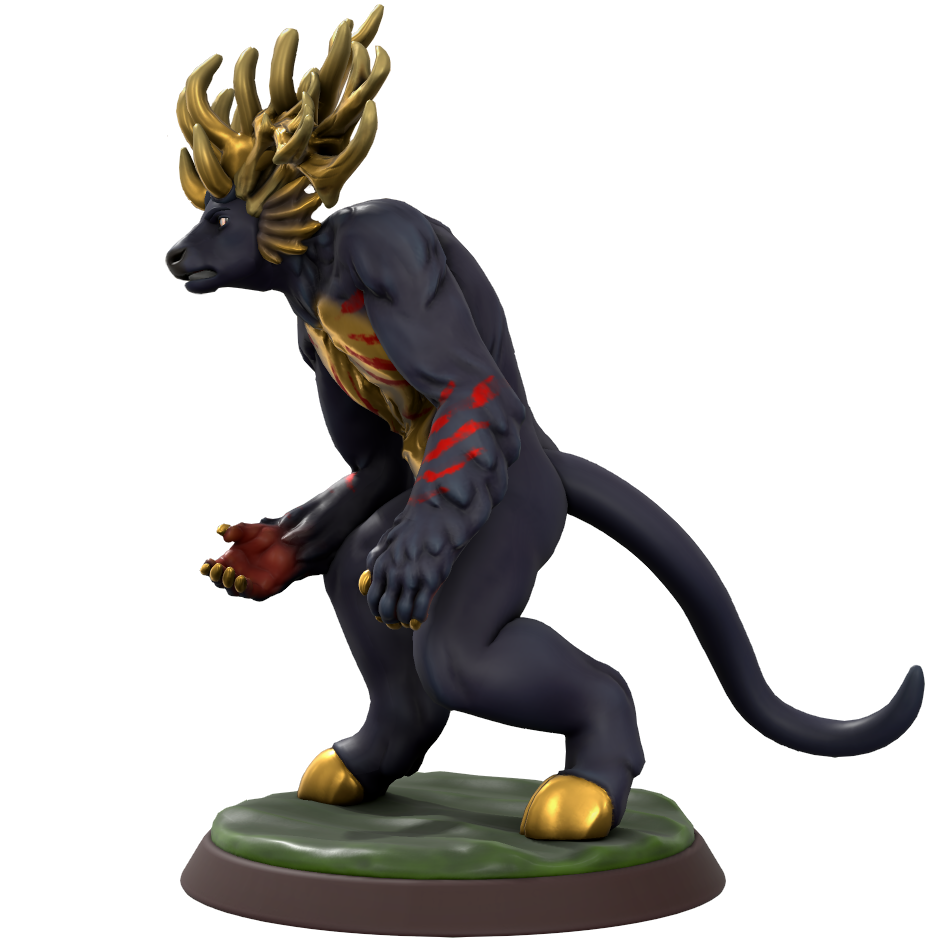 The Father stag by Naelin
The Royal Stags trace their origins back to at least a thousand years ago, and claim for it to be infused with the magic blood of their very own Night Dweller.   The legend says that a small town east of the Delta of Many Birds with a population of mostly deer people was situated close to a dense forest.   One day, the people of the town started having sights of a Night Dweller scouting the limits of the forest by night.
It was taller than a societarian and shaped like a bestial, quadruped form of one of the people of the town.
He was crowned by an extreme set of many pairs of golden antlers that crossed each other, had deep red scratch-like markings on the chest and front legs and a short-haired, long and pointy tail.   One day, a woman from the town came back from the forest and confided in a friend to have met the Night Dweller. Upon finding her, the beast shifted shapes, adopting a societarian-like stance. His front legs turned into big arms with claw-like hands, his neck shortened, his chest widened and he stood on two legs.
The woman united with the Night Dweller that night, and from the union was born a strong, big and beautiful girl.   Far from seeing the girl as some sort of abomination, the people of the town started seeking these unions that always birthed strong, healthy children.
From infertile or incompatible couples to lonely women, the female folk of the town were expected to either carry the children of a respectable townsman, or those of the powerful Night Dweller that became known as the Father Stag.

As the centuries passed, the line of the deer related to the Night Dweller became more important and powerful. They eventually became a powerful military family that emigrated from the Kingdom of Merthiorn on to the island of Karte. With a mix between politics and military prowess, the deer clan overthrew the native Kartian government and installed a forceful monarchy on 15th of Celebrating 2822 E.Alz, first governed by the then leader of their clan, going down all the way until King Rastapuj took the throne on 2972 E.Alz 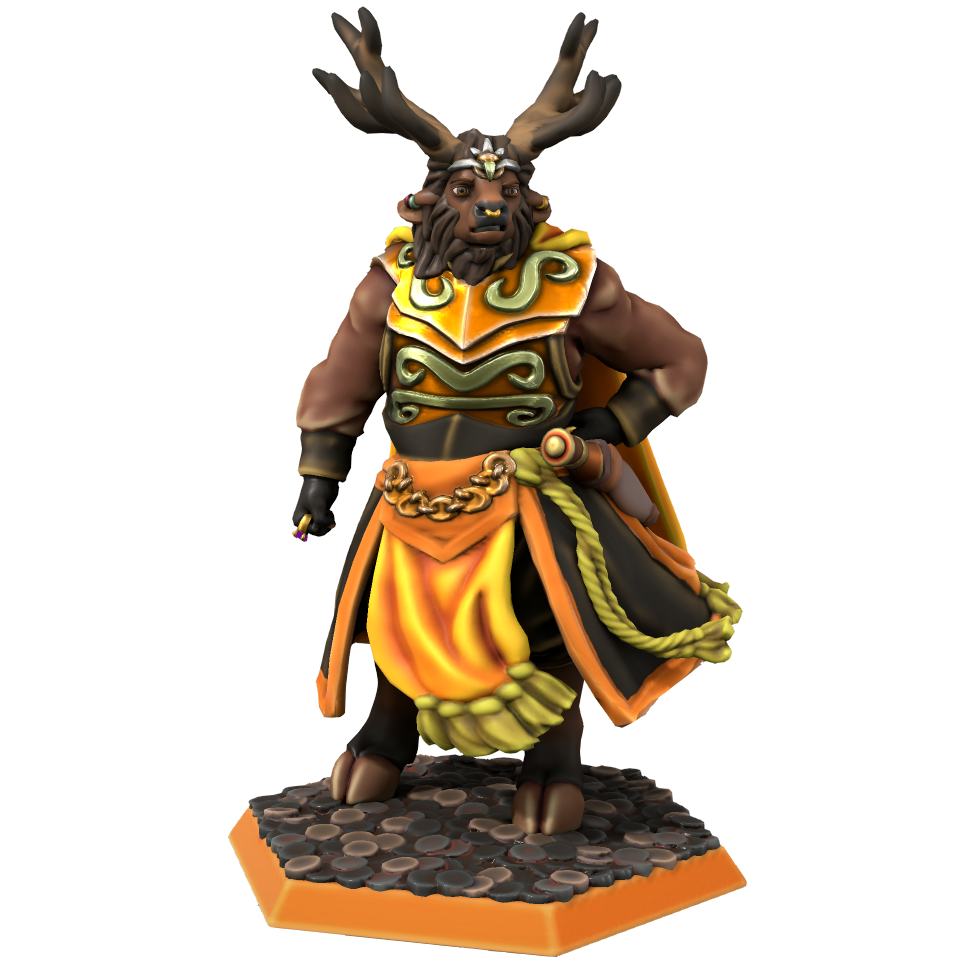 King Rastapuj by Naelin
The Regal Stags were never popular among the native Kartian, always regarded as invaders. The disgust went both ways: The Stags treated the native scalies as lazy, illiterate and inferior unless they were part of their military.   The murder of prince Kuja on 3006 E.Alz and The High Rust on 3014 E.Alz were both hits that made the Kartian government chaotic, weaker and unpredictable, plumbing the kingdom's economy and fueling a civil war.
As the years of Kartian resistance progressed, the Regal Stags started dispersing, many emigrating back to Thaur or other islands with as many resources as they could carry.
The future of the dynasty is uncertain, but a return to its past glory seems an unlikely outcome. 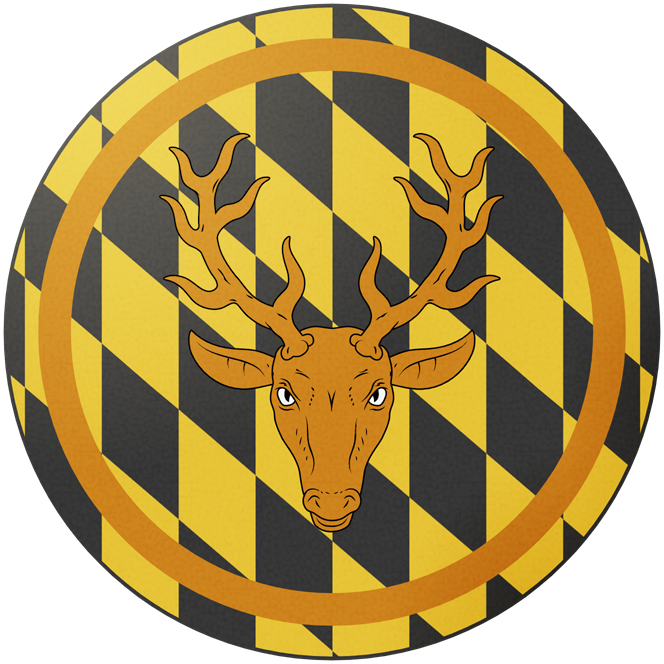 After centuries of being treated as an inferior race, the scalies of Karte are finally fighting back.

The current king of Karte

Answering: "an organization considered cruel or monstrous by some"
Visit Naelin's Competition Page Check all other answers to this prompt Competition Homepage
In response to the prompt Tell us about a famous family or dynasty in your world!

All of the text and art of Symbols of Power, including the CSS theme, have been created by David Cutuli (Naelin) unless otherwise specified.
All of the art and content attributed to the pseudonyms of "Welkinal", "Danae" or "Veld" have been created by David Cutuli (Naelin).
SoP theme song composed and interpreted by Lu Cutuli. | SoP logo and Out of Universe logo created by TJ Trewin. | Open paper texture by Markus Spiske.
Huge thanks to TJ Trewin for his help with SoP's css theme design.
Cover image: Banner Karte by Naelín
Article template
Organization
World
Symbols of Power
Category
People of Karte in Karte
Author
Naelin
Publication Date
26 Jul, 2022
Creation Date
26 Jul, 2022
Last Update Date
28 Jul, 2022
Visibility
Public
Views
181
Favorites
10
Comments
2
Tags
SC2022 Challenge Prompt Karte

I really enjoyed this article, so much so that i've included it in my Summer Camp '22 Reading Challenge article:

Generic article | Jan 6, 2023
Your overall aesthetic really caught my eye and the concept of a foreign power rulling a nation just peaked my interest even more so that I had to keep reading!