This article is a Work in Progress and will be finished soon™
The year 3014 marked the end of the Era of Alzufhars for the Haan Archipelago.
On the 3rd of Reaping, the first reports of the air turning orange arrived, and soon enough the entire archipelago was covered by an orange filter that announced torment for almost everybody that dared dwell too high above ground level.   As the orange "fog" settled a couple of meters above ground, those that were in contact with it started showing the signs of rust, the name given to the disease caused by the events of the catastrophe that became known as The High Rust.

Despite the initial panic towards the refugees from the high settlements, it was soon confirmed that the rust was non-contagious.
It was acquired, seemingly at random, by staying in contact with the orange air. Brief encounters were generally harmless, and several days of exposure were generally needed to trigger the condition.
There is no consensus on whether drinking or bathing on the orange-tainted water could trigger the condition if it was gathered or used below the affected altitude.   The Rust could affect any matter, including living or dead creatures, plants, minerals or structures.
Living beings were the most affected, with the condition progressing much faster than on buildings or terrains.

Towering Watcher by Naelin
A living being or material affected by the rust would present the condition as dry, copper-coloured ulcers that would flake off or slowly degrade into dust and would not close, looking very similar to the rusting of metals.
The condition developed fast, and entire extremities could crack and fall in a matter of weeks. The ulcers would close up the arteries and veins on their way, so blood loss could turn out to be minimal even for these massive amputations.   The rust's ulcers start on the surface of the skin or material and generally expand to the sides way faster than they dig down, so a person could have had most of their skin affected before any of their internal organs would be compromised, though the actual development of the disease varied case by case.   Rust would generally kill by corroding the internal organs of a person, destroying key points of the body such as the brain or arteries on the neck, making the sufferer unable to avoid danger, or by opening the path for opportunistic illnesses.

No treatment was found to reverse the effects of the rust.   Leaving the high terrain and getting as close to sea level as possible could stop the progress of the disease, with higher chances the earlier the sick person would escape the orange zones, reaching around a half chance of a full stop on the spread of the ulcers.   For those that stayed in the affected areas or whose disease would continue progressing, the rust would become almost invariably fatal.

After the end of the High Rust, around an 80% of those affected would see their disease stop expanding. While many would still die due to the complications of it, many survivors remained and were able to continue their lives.   Survivors of the rust kept their existing patches of corrosion as sequela, with the ulcers staying day and flaky and requiring ointments and bandages to diminish the sensitivity and pain of the flaking. These areas keep the colour and texture of actual rust, though with the passing of years some of the patients see the ulcers very slowly fading in intensity and even getting smaller.   Many affected people had to choose amputation of limbs or other body parts to avoid bleeding, chronic pain or detachment of the skin, with the disease leaving hundreds of disfigured victims covered in bald patches. 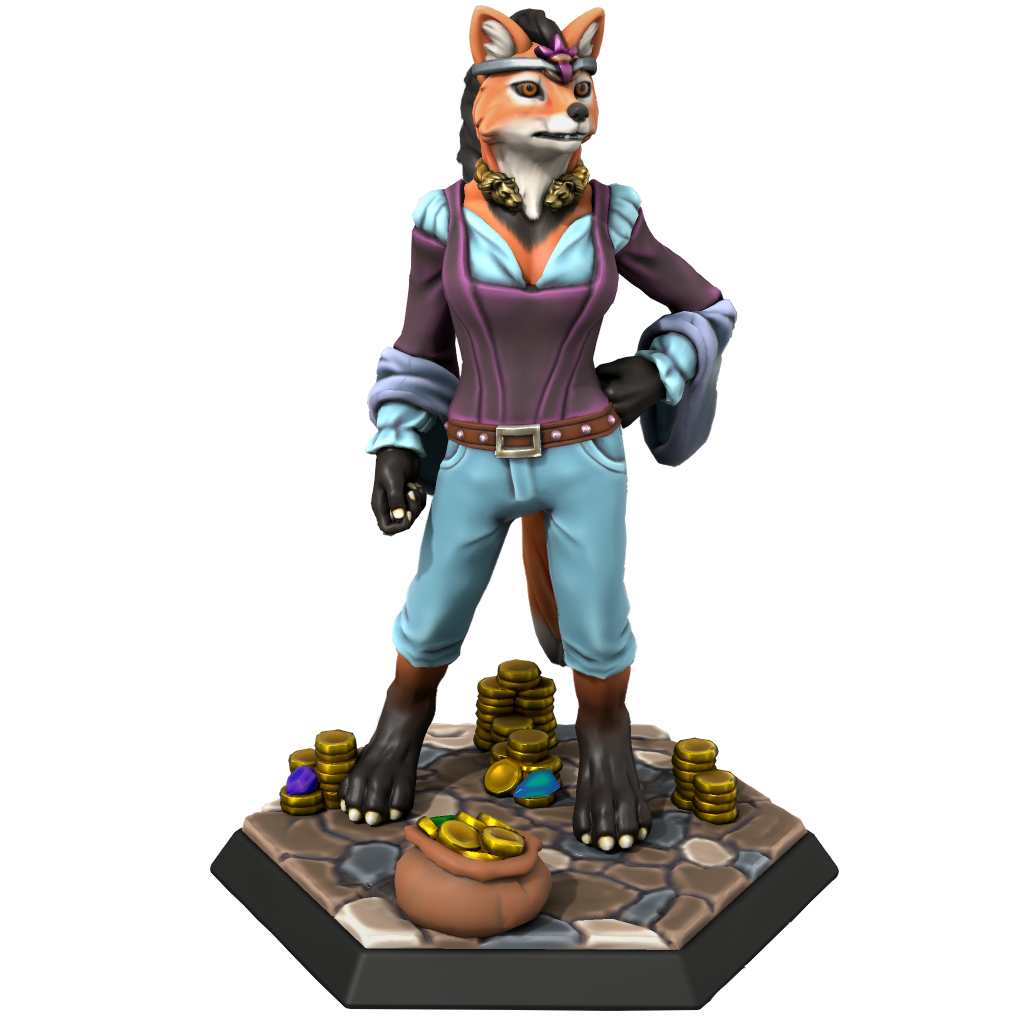 Queen Tesel by Naelin
The High Rust was the most impactful event in the archipelago on the century, and even millenia before.
The start of a new era was declared after the rust killed the Queen of Merthiorn as the first of many other deaths among the rich and powerful. Many organizations and societies needed to restructure due to the Rust, which also tipped the scale of many political issues, turning into an important factor for the Civil War on Karte, the Purge of Morals and other smaller conflics. 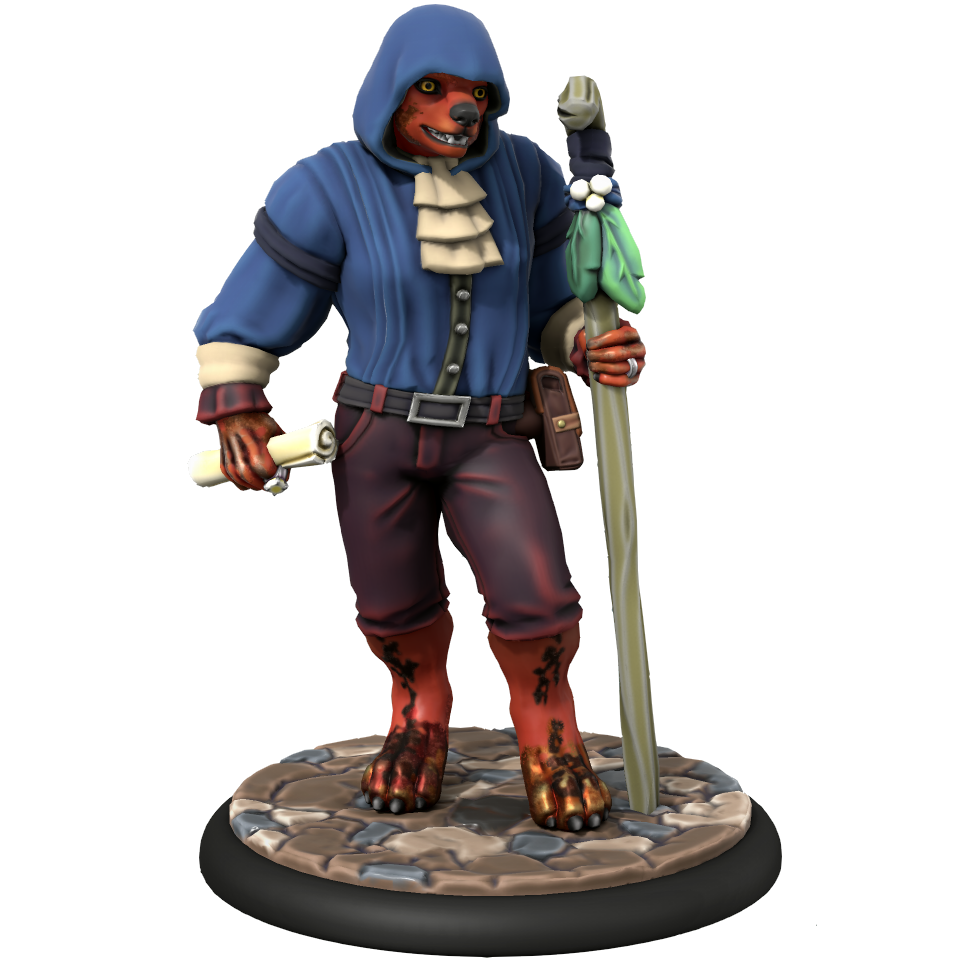 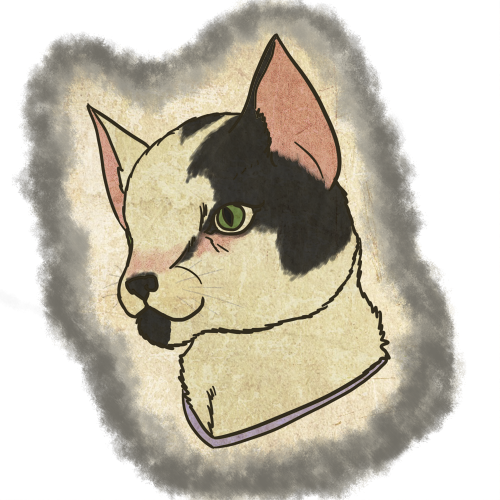 Nicola by Naelín
Some rare cases of rust would progress on the opposite direction than most: Instead of expanding through the surface of the skin, a small superficial ulcer would stay unchanged, while the corrosion would carve a path through the inside of the body and expand from there.   In these particularly cruel cases, a person could think they had a minor case that stopped their progress, and then fall suddenly ill and die shortly thereafter out of the failure of their corroded organs.   Nicola, a woman from the City of Birdland, is one of the recorded cases of this silent rust death.

A cataclism that left the nations of the archipelago headless by killing most people on positions of power.

Answering: "a condition considered monstrous or "unlucky" by some"
Visit Naelin's Competition Page Check all other answers to this prompt Competition Homepage

All of the text and art of Symbols of Power, including the CSS theme, have been created by David Cutuli (Naelin) unless otherwise specified.
All of the art and content attributed to the pseudonyms of "Welkinal", "Danae" or "Veld" have been created by David Cutuli (Naelin).
SoP theme song composed and interpreted by Lu Cutuli. | SoP logo and Out of Universe logo created by TJ Trewin. | Open paper texture by Markus Spiske.
Huge thanks to TJ Trewin for his help with SoP's css theme design.
Cover image: Corrosion by Naelín
Article template
Condition
World
Symbols of Power
Author
Naelin
Publication Date
21 Feb, 2020
Creation Date
26 Jul, 2022
Last Update Date
25 Sep, 2022
Visibility
Public
Views
394
Favorites
2
Comments
0
Work In Progress
Tags
SC2022 Prompt Challenge Rust