The societarian, one of the two dominant species of the archipelago, are easily distinguishable by an extraordinary physical trait: Individuals look starkly different from each other even within the same family, with an endless variety of possible features.   They can be divided however into five subspecies based on their skin coverage. These are the featheries, covered in plumage, furries, covered in hair, scalies with rough, sometimes hardened skin, waterland silkies with smooth, moist skin, and the segmented with hardened outsides separated by thin joints. Waterland silkies are semi-aquatic societarians, adapted to this amphibian life with the widest array of body types of any subspecies.

Waterland silkies are the most extreme of societarians in terms of body diversity.
This goes far enough to have many scholars arguing that they should be divided further, separating between those with fins and bony extremities and those with "squishy" bodies and tentacled arms.

Most waterland silkies have smooth skins covered sometimes in soft scales. These have fins on their tails, arms, legs and sometimes back, gills on their necks and partially webbed fingers and toes.
Another group, sometimes known as "squishies", may have only partially boned arms sometimes ending in tentacles with suckers, beaks or soft, wavy fins.   Waterland silkies can breathe air and water having both gills and lungs, though they usually perform much better in one than the other.

Some waterland silkies give birth to live young, though a minority, especially between "squishy" ones, lay eggs in water instead. It is more common for them to have more than two children at once, though they are more fragile than those of other subspecies and it's common for not all of them to make it into adulthood.

Due to their semi-aquatic lives, these subspecies rely less on spoken word than others to communicate with each other.
They use head movements to indicate directions and intentions, and an easy language of hand movements and short sounds that can be heard underwater for more specific communication.

Waterland silkies live in the coastal areas of the islands of Daltael, Stunveldt, Dhalmain, Red Crest, with the biggest population living in the first, and small groups having migrated to Thaur and Ruh.

Despite iving mostly in small areas of separate islands, these societarians share lots of cultural adaptations to the semi-aquatic lives that push them apart from the other inhabitants of their homelands that make their cultural identity a hybrid between that of their nation and of their subspecies. Underwater structures, minimal clothing and water-friendly language are traits that can be seen on the amphibians of any island.

in waterland-heavy well-developed areas such as Stunveldt or the south coast of Dhalmain, and especially in port settlements, underwater buildings are a staple of waterland silkies that allow them to take over an area unused by others, and to have ease of access to tools, refuge and storage for activities such as fishing and underwater gathering, ship maintenance and even military defence.
These structures are made with rough materials such as stone and metal frames or fences, and usually have stairs leading to entrances in dry land.

The more a settlement has a big population of waterland silkies, the more optional clothing becomes for them. These subspecies find normal societarian clothing a nuisance for swimming, and when the choice is theirs they only use tight wrappings to stay warm, and sometimes soaked absorbent garments if they prefer to have their skin stay moist on the surface, especially in hot areas.   However, when living with people of other subspecies, they wear generally soft, light, open garments such as gauze dresses to cover their bodies. 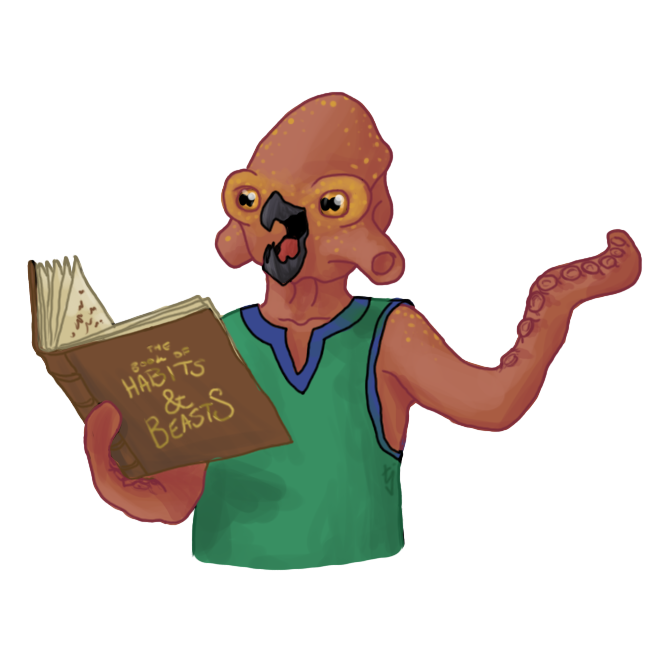 Veld the Imaginative by TJ
Veld the Imaginative: A scholar born in the west coast of Ruh from Stunveldti parents. They are known for having written The Book of the Habits and Beasts, the biggest encyclopaedia in and about the Haan Archipelago.   Lush Enis: A leader of the Temple of Rheshnaghty in Dhalmain. Her views changed Autonomism, as she taught about The Gift of Intention being the ability to do more and better, instead of the ability to cause chaos. Lush used her contacts to help the common people and improve her community, and for her revolutionary religious views she ended as the first and only person to be executed on charges of Contact Weaving. 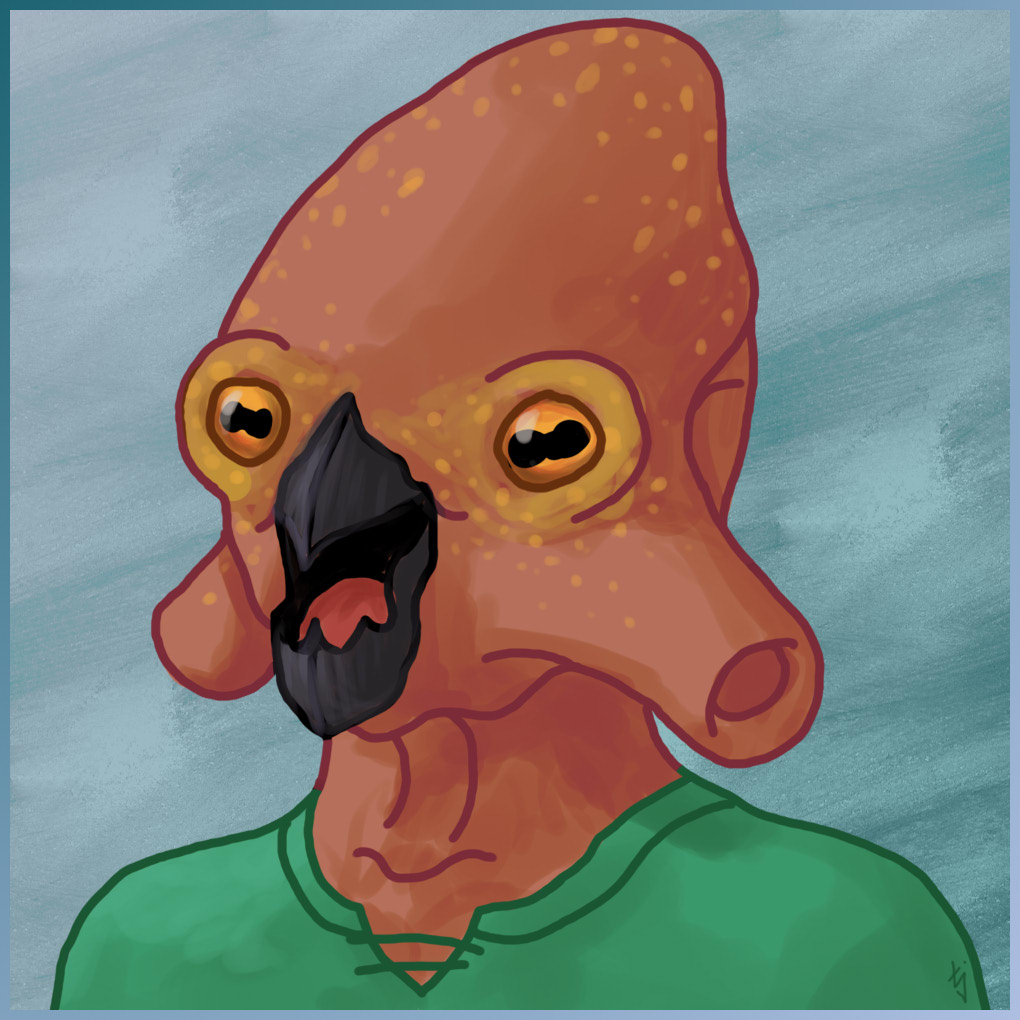 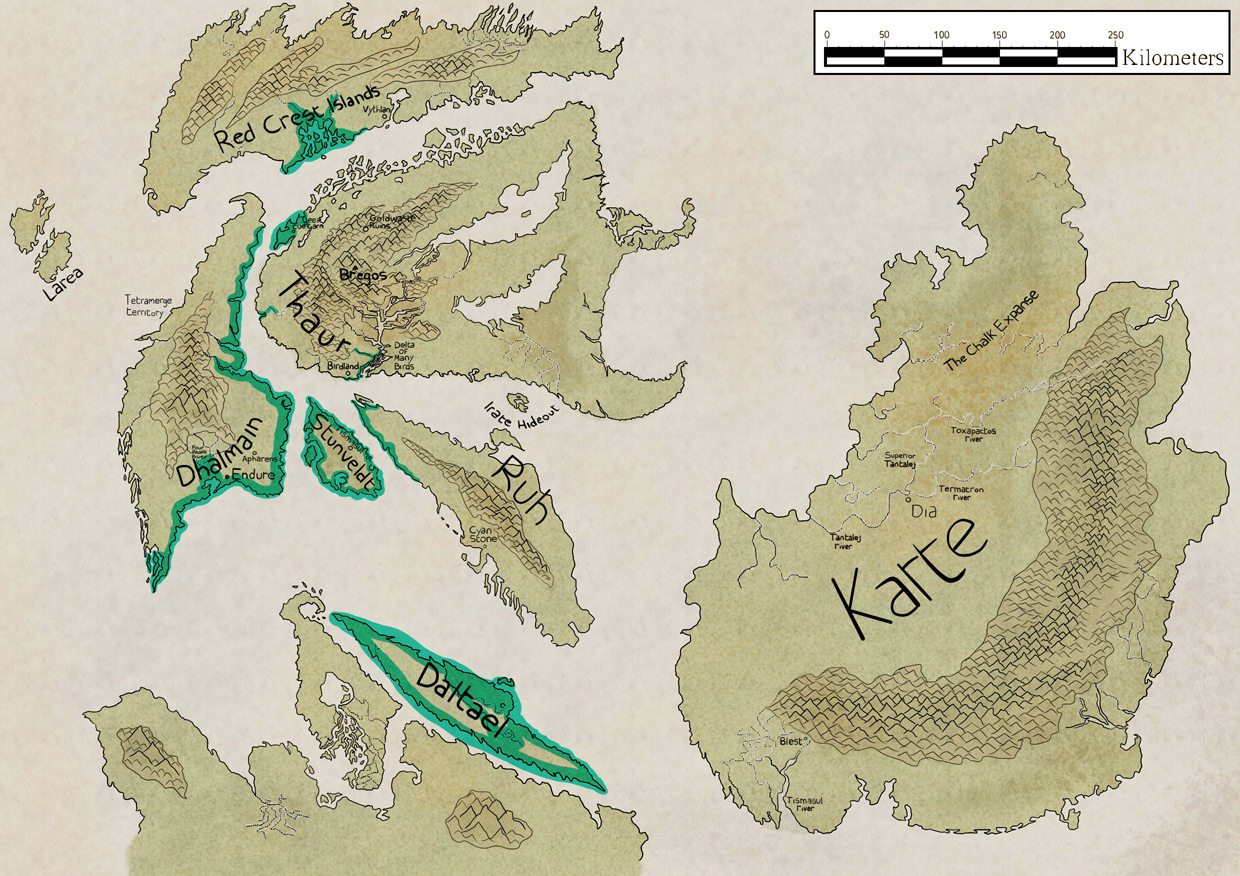 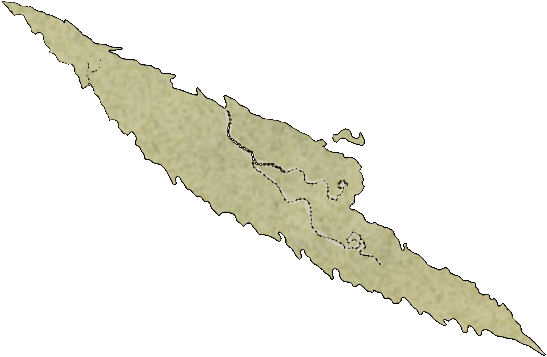 Daltael Island by Naelin
The biggest population of waterland silkies reside in Daltael, an island in the southernmost area of the archipelago.
People in Daltael are extremely hostile against outsiders, and no one from the rest of the archipelago is known to have been able to live with them.   Encounters with Daltaelians usually end in death or capture for slave trade, so the customs of Daltaelian waterlands are not well studied.

All of the text and art of Symbols of Power, including the CSS theme, have been created by David Cutuli (Naelin) unless otherwise specified.
All of the art and content attributed to the pseudonyms of "Welkinal", "Danae" or "Veld" have been created by David Cutuli (Naelin).
SoP theme song composed and interpreted by Lu Cutuli. | SoP logo and Out of Universe logo created by TJ Trewin. | Open paper texture by Markus Spiske.
Huge thanks to TJ Trewin for his help with SoP's css theme design.
Cover image: by Naelin
Article template
Species
World
Symbols of Power
Author
Naelin
Publication Date
23 May, 2021
Creation Date
2 Dec, 2021
Last Update Date
9 Jun, 2022
Visibility
Public
Views
258
Favorites
14
Comments
3
Tags
English Species WE2021

Finally! I love them! Good job with that shark boy too.

Thank you!! Shark boy's portrait has been lying there unused for more than two years, I'm glad I was able to use it somewhere.

I love your distribution maps on these!

Thank you very much! I will need to update them eventually with a better map, but I think that will take a while hahaha