In preparation for the War on Pirates that the kartian king Rastapuj ran between 3003 and 3006 E.Alz, the crown of Karte commissioned several hunter ships, designed to be fast and lightweight, but to look as much as big merchant ships as possible in order to lure the pirate ships to attack them.
The Kartian Hunter Ships (KHS) used the same techniques to lure the pirates as the pirates used to approach merchant ships: They were prepared with a system to easily release weights into the water to be carried behind the ship to make it appear slower, to be then cut down once necessary. The side of the ships came prepared with painted canvas sheets to cover the majority of the cannons, making them look almost defenceless, and piles of empty barrels were nailed to the deck to make them look full to the brim.   One of these commissioned ships was the KHS Exsanguinate, which was launched on 3003 E.Alz, and participated on several successful hunts on the coasts and the rivers of the Island of Karte.

On the 4th of Swimming, 3005 E.Alz, the Exsanguinate was following the trails of a ship suspected to be pirate. This ship was of kartian design but was not recognized under the registries that the kingdom started taking on the merchant ships that made their routes into each river.
She followed her at a safe distance into the mouth of the Superior Tantalej River and continued upstream. Eventually, the lure worked, as the ship in front of the Exsanguinate slowly changed her route to approach her.   The ships got slowly closer together until the Exsanguinate got out of cover, dropping the weights and revealing her cannons, but this happened at almost the same time that the other ship (Which was indeed under the command of a pirate crew and was called The Bellylegs) did the same and doubled its speed in seconds, before noticing that hey had fallen into a trap.
Too close to escape safely, and about to be met to the other fast-approaching ship, the Bellylegs tried to manoeuvre while the Exsanguinate continued her full-speed chase when the wind changed directions suddenly, making the Bellylegs' crew temporarily lose control of her sails and broach, getting into direct collision course to the Exsanguinate. 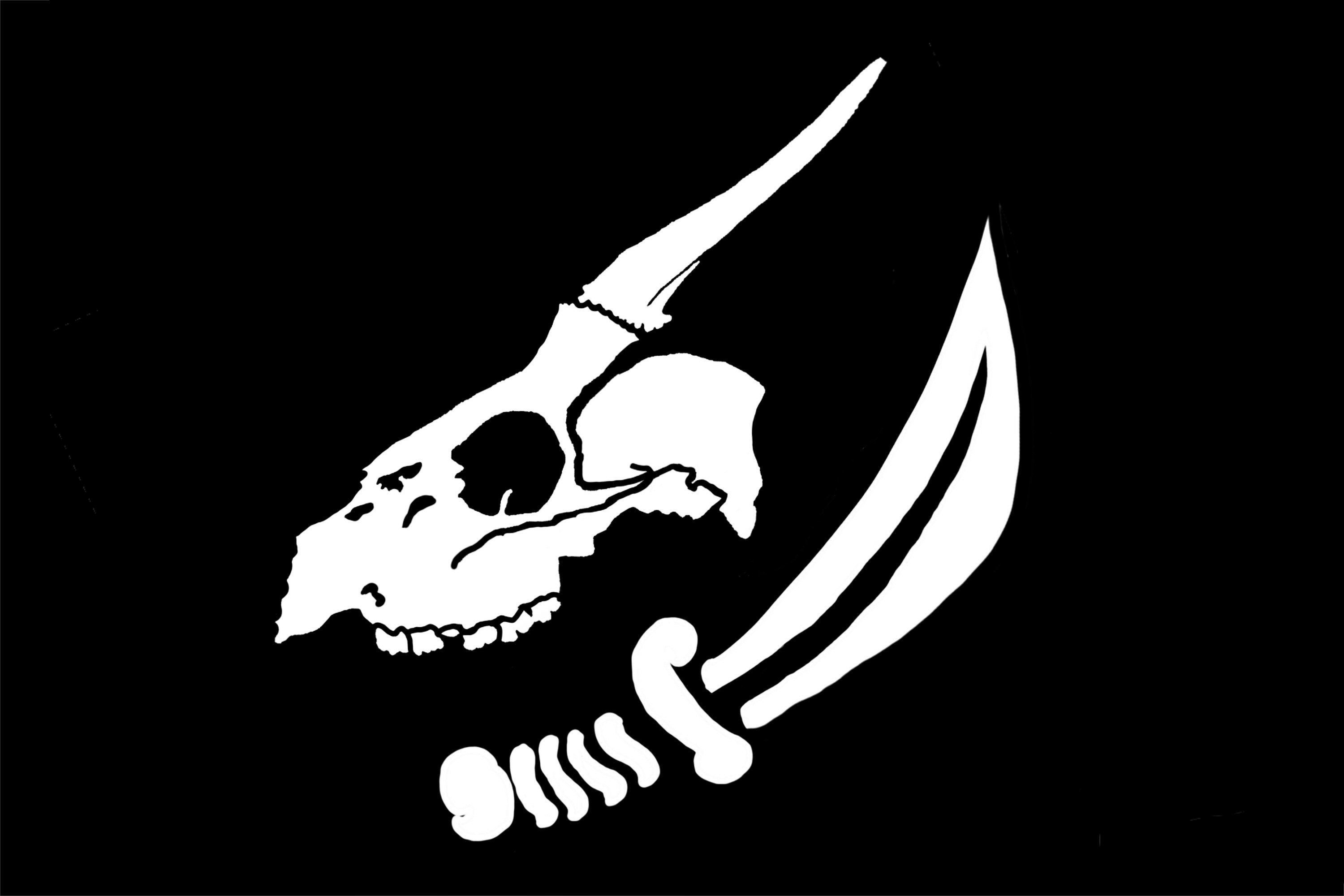 Flag of the Irates by Naelin
With both ships going full speed against each other, and the Bellylegs out of control, they didn't shoot a single round before the bigger Exsanguinate crashed into the Bellylegs' hull on its port bow side and continued trajectory, tearing off chunks of both ships' hulls. Both ships sank fast and violently in the first stretch of the Superior Tantalej river, with most of both crews sinking with it.
A few people from the kartian army survived, as the ships were close enough to the shore to reach it before losing all strength. It is unknown how many (if any) of the pirate crew members survived.
Date of the Wreckage
04/05/3005 E.Alz
Involved ships
KHS Exsanguinate (Kingdom of Karte)
The Bellylegs (pirates)
Designation
KHS (Kartian Hunter Ship, Exsanguinate)
No designation (Bellylegs)
Manufacturer
Kingdom of Karte

Remains from the wreckage washed ashore for months after the accident. While most of them were not valuable items, the kartian crown offered to pay those that could retrieve Exsanguinate's crewmembers' personal items, to get them back to the sailor's family. Several retrieved items were sent to the army, but very few of them could actually be identified as property of specific people.

Remove these ads. Join the Worldbuilders Guild
Karte
In response to the prompt Tell us about a famous wreckage in your world. What happened to it?

I feel as though this did not go exactly to plan... but they got the pirates, I guess? XD Glad some soldiers survived, though!

I can picture both crews going "uh oh... uh oh, oh ffff---" as soon as they saw that both ships dropped cover at the same time, and then a lot more afterwards XD   Thanks for your comment Emy!