The current queen of the unified kingdoms of Gameth and Hakon, 874 - Present. She has led her kingdom through a period of prosperity and technological innovation, chartering a band of adventurers known as the Royal Knights Brigade to defend the realm.

Astrid had a quiet childhood in the royal palace of Gameria, but in 848 she was kidnapped at the age of 8 by a band of Hakonian radicals. The extremists believed that they could use Astrid to ransom further concessions from Gameth's government after the Hakon Dispute, but the rulers of Hakon believed the move would do nothing but precipitate another costly war with their southern neighbors. The kidnappers were tried and executed, and Astrid was raised in a convent managed by vestals of the Temple of Erivo.   King Nestor VI and his wife Agatha were lax with their religious observance, so Astrid's time at the convent was her first exposure to the powers of celestial beings and true faith. She started volunteering at the Oakengaard Temple of Erivo at the age of thirteen, and over the next two decades she worked her way up the the temple's leadership until she became the region's High Priestess at the age of 28. Blessed with magical healing powers by Erivo, Astrid sought to protect and defend the people of Hakon as the surrounding countryside became overrun with undead monsters summoned by the lich Fairouz and the Court of the Undying.

Ascension to the Throne

In 874 High Priestess Astrid's fate intersected with that of Gameth's Royal Knights Brigade. Astrid traveled south that year to perform a purifying ritual that would banish many of the undead plaguing the continent of Liat, while the RKB traveled north at Fallworth Lockmere's insistence to have her take the Gamerian throne as the new Queen of Gameth. Nestor VI was an incompetent ruler for such a dangerous era in the kingdom's history, and it needed someone with Astrid's abilities at the helm. Although reluctant at first, when the RKB helped defend Erivo's shrine at Windfaire and vouched for her abilities at a Hakonian royal council meeting, she agreed to return with them to Gameria for the first time since her kidnapping.   The streets of Gameria filled with hundreds of thousands of citizens celebrating the return of Gameth's long-lost princess, and King Nestor VI shed tears of joy for the first time in decades. She demanded her father abdicate the throne and grant her control of the kingdom, and he willingly agreed to her terms without a moment's hesitation. The role of monarch had never suited Nestor in all his 30-something years of ruling, so the abdication allowed him to pursue a quieter lifestyle of festivals and painting while spending time with his long-lost daughter.

Less than week after Queen Astrid's coronation, the threats against Gameth began to pile up. The Court of the Undying was making moves to summon a mindflayer in the Nestorian Mtns, Avicenna was preparing for war against her kingdom, and tens of thousands of refugees overwhelmed the nation's capital of Gameria.   Graceful under pressure, she resolved domestic issues while ordering groups like the Royal Knights Brigade to handle problems beyond her abilities. While the RKB defeated the Court of the Undying and sabotaged the Avicennan war effort, back in Gameria Astrid led an aggressive campaign to modernize the kingdom's decaying infrastructure and government. Purging thousands of corrupt officials from the payroll, she filled her staff with former Hakonian officials and devotees of Erivo to modernize the government and grant a new generation of thinkers and magic-users a chance at leadership.   The reform effort took more than a decade to fully implement, but by the end of the Fairouz Terror in 876 the kingdom of Gameth had transformed into a modern nation with an efficient bureaucracy, a state-sanctioned agency to oversee the use of magic in the kingdom, and a reformed military that included the Royal Knight's Brigade and a devoted branch of magic-users. The capital of Gameria was damaged by Fairouz's monsters in the weeks leading up to the Battle of Faouzia, but Astrid's new government helped the city quickly rebuild and grow to accommodate the new wave of refugees from postwar Avicenna.   Astrid maintained a wide base of popularity among the population of Hakon and the commoners of Gameria, sowing controversy only when her technological reforms proved too much to handle for the general public. The end of the Avicennan War left many Avicennan engineers expatriated to Gameth, providing tools and inventions needed to become one of the most technologically advanced nations in the world. Railroads lines were built between the newly-annexed town of Ravi and Gameria, firearm production went into overdrive, and Gameth even began competing with Sardivelia and Rakka to craft the world's first fleet of airships.   While all of these technological innovations greatly increased Gameth's global standing, they alienated Queen Astrid's Hakonian base and led to several protests in the region. Hakonians held a godlike reverence for nature and the kingdom's ecosystem, and they saw many of the new technologies as threats to the environment's health and magical essence. As a result many research projects had to be slow-rolled or abandoned altogether in the 880's and 90's, and a planned transcontinental railroad from Oakengaard to Gameria turned into a decades-long project that was finally complete in 904. Months of violent protests in the 900's against industrialized forced Astrid to slow down her kingdom's modernization even more with passage of the Refn Reforms, requiring all technological projects to pass rigorous environmental standards. Worried about seeing her kingdom fall apart once more in another civil war, Astrid allowed Hakonians to hold significant sway over national policy.

In the third decade of her reign Queen Astrid began funding revolutionary operations in tyrannical nations like the Elflands and Myltev, hoping to make allies more friendly towards stability and Gameth’s interests. The operation backfired in the Elflands when the revolutionary group the Characters turned out to be a front for a cult devoted to a monstrous deity known as the Sunken God. Overthrowing Myltev’s pirate king Tarkov proved to be more successful, leading to the coronation of one of Astrid's old allies Nikolaj Baratov.   The Sunken God's Reign of Terror loomed large over world politics, and after the New Year's Massacre of 897 she reassembled the Royal Knights Brigade and chartered them with combating the monstrous deity. An elite spy known as Beleren Hazid and a former Characters fighter named Jax formally joined the RKB, and Astrid spent a week at Gameria's Temple of Erivo with High Priestess Alma Quinn to summon an aasimar named Flora that could purge the Sunken God's evil from the world.   Astrid escorted the RKB through the islands of Myltev, helping them discover information about a powerful artifact called the Iron Flask that could be used to defeat and contain the Sunken God. She destroyed Castle Faouzia after a swarm of giant spiders nearly killed Jax, and she fought valiantly in the Battle of Chernenko in 897 to defeat Cpt. Tarkov and his army of Myltevian pirates. After Tarkov's defeat she went with the RKB to Oblast to oversee the coronation of her political ally Nikolaj Baratov, staying behind in the city to help Nikolaj manage his fledgling monarchy.   Later in 897 she ordered Roland Fireheart to lead a coalition fleet of ships from all over Pescaliat to confront the Sunken God's forces in the Elflands and end the monstrous deity's reign of terror once and for all. The naval campaign was brutal and hard-fought, but combined with the RKB's defeat of the Sunken God at the Battle of Kassadeia that winter it ensured that the monstrous deity and its sahuagin horde would no longer be terrorizing the remnants of the Elflands Empire. As the patron kingdom of the RKB, Gameth received a wide level of respect and praise from nations all over the world, providing them with considerable political influence at the Treaty of Iverburg in 898 to vouch for the creation of several modern and democratic nations like the Treeleaf Union.

Despite such remarkable success on the global stage, Queen Astrid experienced many domestic challenges as a new century dawned in the 900's. Fearing the destruction of Liat's pristine wilderness, protests erupted through Oakengaard and Oftin as a young generation of environmental activists demanded more of a say in the technological projects undertaken by Gameth. The protests went on for months and shut down most economic activity in Hakon, forcing Queen Astrid to capitulate in 906 and reform her royal council to provide representation for the activists. A new government agency, the Nature Reserve, was established to oversee all technological projects proposed by the nation's engineers, vetoing them if they were deemed too destructive for Gameth's environment. While Astrid's Gameth still hoped to become the first nation in the world with a fleet of airships, her kingdom quickly fell behind Rakka in technological advancements and became finding ways to better synthesize magic and technology to appease both sides of her disparate kingdom.   These internal disputes left Gameth retreating from the global stage, leaving nations like Sardivelia and Rakka to fill the political void left by the Elflands Empire. Gameth was still the undisputed leader of Liat with a sympathetic government in Myltev, but Sardivelia may one day turn its focus towards Gameth's trade routes should Paoli ever experience any setbacks in Pescat. In the waning years of her reign Astrid sought to cement her legacy as a transformational leader, completing Gameth's transition into a constitutional monarchy and ensuring that her kingdom would remain united even after her death.

In 879 she married a young carpenter named Seamus, and together they had three children (Stella Nestorius, b. 887, twins Connor Nestorius and Serena Nestorius, b. 890). The marriage caused quite a stir among Gameth's nobility, but Seamus' folksy and personal nature charmed over many members of the royal court. The rest bit their tongues to avoid slandering the Queen's husband. 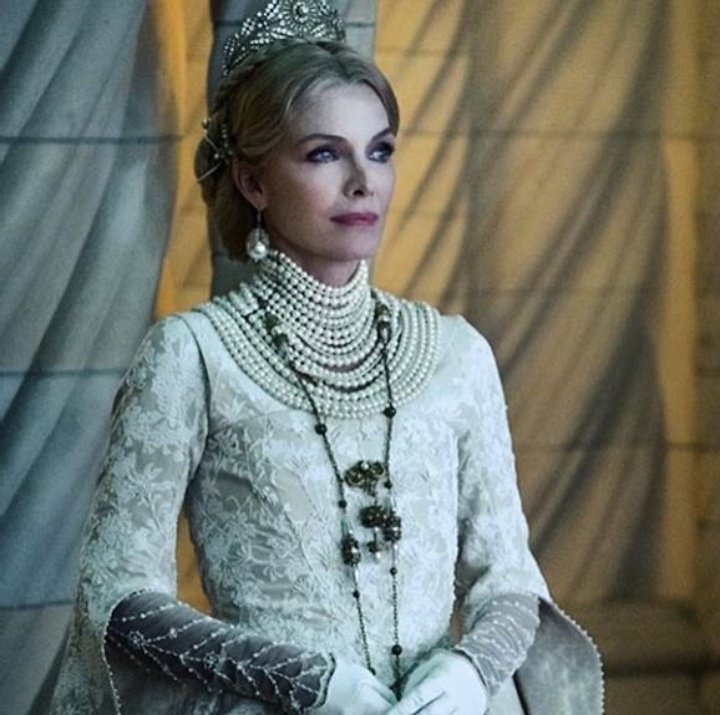