A halfling-led parliamentary democracy on the coast of the Karaga Sea in Southern Pescat. Founded after the collapse of the Elflands Empire in 898, the nation became a haven for political dissidents and freedom fighters from all over Pescaliat in recent years.

The Prime Minister of the Treeleaf Union oversees the passage of laws and amendments to the nation's constitution. An election must be held every five years, representatives to the parliament being elected from hundreds of districts in the nation's vast territory.

A New Birth of Freedom

Out of all the nations and races fighting against the oppression of the Elflands Empire, the halfling Treeleaf Union ended up coming closest to the Characters Revolution's ideals of democratic representation. Broggfey and Sabha had democratically-elected legislative bodies, but the Treeleaf Union went the farthest to decentralize political authority and ensure a wide spectrum of political debate.   The nation's inception began in the waning years of the Sunken God's Reign of Terror in the Elflands. Noggin, capital of the Elflands' halfling province and site of Pescaliat's largest bard college, survived the sahuagin hordes unlike many other cities like Galway and Oridelfa. After the nation of Gameth's Royal Knights Brigade defeated the Sunken God at the DW Session 44: The Battle of Kassadeia, the halflings of the Elflands entered the Treaty of Iverburg's negotiations in 898 from a position of strength compared to many of the independence movements in the rest of the empire. The region had long had a history of civic-mindedness ever since the construction of Mulane College under the reign of the Empress Cordelia (1186, 3rd Cycle - 1633, 3rd Cycle), and while many freedom fighters like Goodberry died during the Sunken God's reign of terror Noggin's academics and revolutionaries survived the sahuagin siege and brought to the negotiations their demands of home rule and democratic independence.   With Queen Rosalind Avon's dismantling of the Elflands Empire, millions of acres of land were up for grabs by its neighboring kingdoms. Nations like Sardivelia and Bahamut claimed these lands for their own, but through Cassandra Gaspard's tireless negotiations the Treeleaf Union went on to encompass a large part of the Elflands' southeastern territories. Granting the haunted ruins of Kassadeia to the Elflands, Cassandraexpanded the Treeleaf Union's borders hundreds of miles beyond the reaches of Noggin. While many cities like Hedgpeth fell under absolutist rule by another name in Sardivelia, the Treeleaf Union became a democratic nation large enough to rival the monarchist powers of Southern Pescat and Liat.   Cassandra Gaspard, while helping write early drafts of the nation's constitution, declined to run for higher office after the signing the Treaty of Iverburg in order to raise her newborn daughter Amara Divisav in Noggin. She threw her support behind Tye Shadowquick, a professor of Elflands politics from Mulane College who had stayed behind in Noggin during the worst months of the Sunken God's siege. The first election of 899 was fraught with problems as the fledgling struggled to set up enough voting sites across the ruined Elflands regions, but despite such setbacks the new TU government provided a voice for the masses in a world still defined by the whims of cruel monarchs. The Treeleaf Union stood as an alternative to authoritarianism and disenfranchisement, an alternative Cassandra hoped would one day be embraced by every nation in Pescaliat.

Prime Ministers of the Treeleaf Union 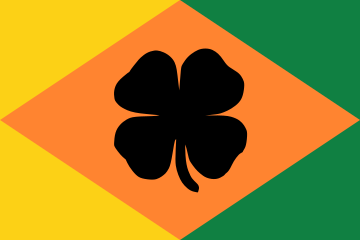