A monstrous deity from the Far Realms feared for its terrible powers over the oceans and aquatic life. It was defeated by The Ageless One during the Ostry Apocalypse of the early 3rd Cycle, but in the year 897 of the 4th Cycle the Sunken God made a resurgence and destroyed the longstanding Elflands Empire in a months-long reign of terror. He was defeated by a band of adventurers from the Royal Knights Brigade at the Battle of Kassadeia in the winter of that same year. 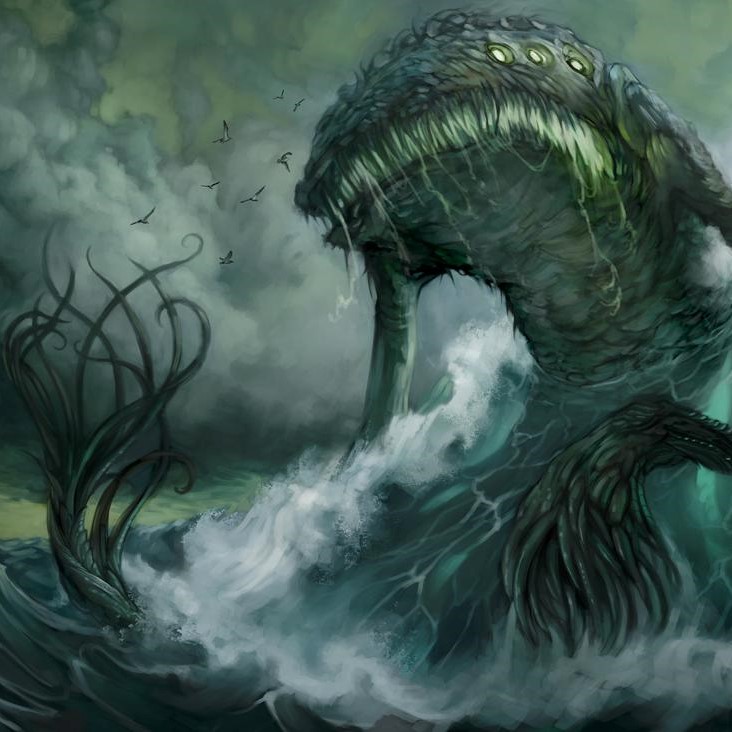