A nation dug into the southern islands of Liat. In the 2nd Cycle it used to control all of Pescaliat under a series of tiefling archmages in Old Myltev, but a great calamity known as the Ostry Apocalypse destroyed the kingdom and led to centuries of chaos. Ambitious pirates warlords like Cpt. Gordiefsky and Tarkov sought to unify the island kingdoms under a single banner, but it wasn't until the coronation of King Nikolaj Baratov that Myltev started acting like a modern kingdom once more.

The king of Myltev presides over a fractious council of subsistence farmers and former pirates to try and drag the nation into the modern era.

Long ago in the middle of the 2nd Cycle, the Myltev Empire began a centuries-long conquest of the continents of Liat and Pescat to become the undisputed leader of the world. Powerful mages monopolized studies of the arcane throughout the world, pooling the Empire's resources to develop revolutionary magical artifacts and weapons. With the known world under Myltev's control, its imperial powers were focused on crafting an item known as the Ostry Blade that could tear portals into the fabric of space and time for interplanar travel.   The Ostry Blade proved to be Myltev's undoing when a portal opened to the Far Realms and summoned a horde of monstrous deities in an event known as the Ostry Apocalypse in the early years of the 3rd Cycle. Years of chaos and destruction left the empire in ruins, helpless in the face of such unfathomable power and horror. The deities of Ekal united to create The Ageless One and repel the invasion from the Far Realms, but by the end of the final battle Pescaliat was fragmented into dozens of minor kingdoms trying to rebuild from the Ostry Apocalypse.   The chain of islands that made up the center of Old Myltev's intercontinental empire were most affected by the Ostry Apocalypse's devastation, its capital of Oblast blasted into ruins and left abandoned for decades until venturesome pirates began raiding the city for rare items. The mines that had funded Myltev's wars of conquest were left in shambles, and without a centralized authority to oversee rebuilding most Myltevians turned to fishing or small-scale piracy to eke out an existence in the post-apocalyptic landscape. This arrangement lasted for centuries as feudal lords and fighters failed to unify the islands together like in the glory days of the 2nd Cycle.   By the middle of the 3rd Cycle, piracy became the most profitable source of income for the people of Myltev. Pillaging ships as they sailed to and from the Elflands Empire, Myltevian pirates became notorious the world over for their ruthless sea raids that could leave a ship stripped of its parts in a matter of minutes. Kings would come and go claiming the capital city of Oblast as their own, but no Myltevian monarch in the 3rd Cycle was able to unify the entire chain of islands under a single banner. The elven kingdoms of Liat and Pescat seized islands for their own, exploiting the weaknesses and chaos of the region.

Pirate Kings of the 4th Cycle

With the advent of the 4th Cycle and the founding of the Kingdom of Gameth, the pirates of Myltev were emboldened like never before to steal and harass its coastal neighbors. With Gameth's capital of Gameria just a few hundred miles away from Oblast, countless pirate raids occurred in Gameth's early years to strip the city of its riches and force its people into submission. King Cosmere Nestorius built fortifications around the city's perimeter to keep it safe from invasion, and by the time of King Nestor I's reign in the 4th Cycle's second century a navy had been amassed to safely patrol the breadth of Gameth's southern coasts.   Barred from the riches of Gameria, the pirates of Myltev turned against each other for smaller and smaller prizes. A vicious civil war plunged Myltev into decades of chaos in the 4th Cycle's fifth century, only ending after King Constell II of Gameth seized many of the nation's major cities for use during his Southern Pescat campaigns. His successful siege of Oblast in 462 marked one of the only times in Myltev's history when its capital was occupied by a foreign government.   King Constell II died in a failed siege of Rakka's capital of Delmascar in 493, but the decades of military training and fortifying of Myltev's cities modernized the nation and transformed the nature of its pirate leaders. New generations of pirate captains studied foreign books on politics to organize larger and larger fleets under their leadership, and by the 4th Cycle's seventh century pirate kings had a serious shot at unifying all of Myltev's islands under a single banner. The next 200 years marked some of the most successful pirate raids in the kingdom's history, including the Heist of 656 where 2,000,000GP were stolen from an Elflands fleet sailing past the Strait of Myltev.   This newfound power brought with it egregious displays of hubris among its leaders, most notably with Cpt. Gordiefsky's failed invasion of Gameria in 783. Amassing a fleet of more than 5,000 vessels, a single hurricane wiped out 94% of all the ships in Myltev and left Gordiefsky starving to death on an unnamed island in the Largas Ocean. Centuries of centralization unraveled in a matter of months in a decades-long period known as the Lawless Years, when Myltev returned to its old ways of petty pirate raids and feuding. The kingdom of Glace took advantage of this political chaos to seize the port city of Poroshenko in the late 780's, ensuring safe passage for shipping vessels traveling through the Strait of Myltev.

A Better Kind of Pirate

The Lawless Years came to an end in 876 when Cpt. Tarkov of Vostok united the disparate pirate factions against the lichFairouz the Undying after her failed invasion of Oblast. His spoils-system form of government lasted for two decades as he allowed his inner circle to enrich themselves from the nation's coffers while the kingdom's small-time fishermen and farmers starved to death every winter, little change from the pre-Tarkov order save that more of Myltev suffered than ever before. Cpt. Tarkov's reckoning came during the Battle of Chernenko in 897 when he was killed by a united force of Gamerian and Myltevian soldiers fighting to put Nikolaj Baratov the Skeleton Priest on the Mytelvian throne.   Nikolaj's miraculous coronation ended with the undead skeleton being transformed back into a living and breathing human by his patron deity Rexfur, and a religious fervor consumed the island nation as a Nikolaj set about dragging his kingdom into the modern era. He contributed heavily to the coalition fleet that sailed towards the Elflands and destroyed the Sunken God's sahuagin forces, serving to stabilize the waters near Myltev and eliminate many of Nikolaj's political rivals as they died in a terrible battle with a the monstrous deity's abberant horde. Less than a year after his coronation, Nikolaj attended the Treaty of Iverburg in 898 to prove that Myltev was a modern kingdom and ready to be treated as such by the world governments. Glace, bordering many of Myltev's largest islands, was suspicious of Nikolaj's rise to power and feared that the Skeleton King would push to reclaim old Myltevian holdings like Poroshenko and the resource-rich island of Nevsky.   As the 4th Cycle's tenth century drags on, King Nikolaj's Myltev vascillates between moments of progress and piracy. Holdouts like the Lead Kings on the kingdom's southern coastline stifle any hopes of total peace in the region, but should these problems ever be resolved a unified Myltev would be a formidable force on the global stage.

Rexfur, the god of thieves and kings, had fallen into obscurity until he performed the miracle of the century and resurrected Nikolaj Baratov from the dead as a reanimated skeleton. Nikolaj retired form the Royal Knights Brigade to become the new high priest of the Temple of Rexfur in Gameria. He spent years lobbying for official recognition for Rexfur in Gameth's official pantheon, and in 883 Rexfur was added to the elite pantheon of deities to replace the position held by the god of time Arvyll.   Nikolaj took his faith with him to Myltev when he overthrew his half-brother Cpt. Tarkov to seize the kingdom for his own, establishing shrines and temples on every island under his control. Rexfur had begun his life as a Sardivelian deity, but he found a new following among the people of Myltev for his duality of respectability and desperation. On Nikolaj's coronation day, the day when Rexfur transformed his high priest back into a living and breathing human, more than three thousand people converted to his faith in Oblast alone. 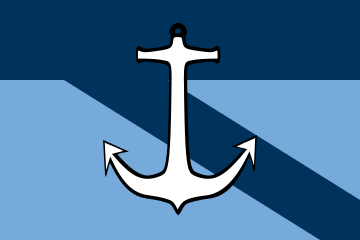